White-beaked dolphins continue to be hunted and taken for food throughout their range.  Most worryingly, where hunts are known to take place, there are no restrictions or quotas of any kind.

You’d think they had a white beak however, though the majority do, some lack this distinguishing feature. Their predominant colouration is black with lighter grey and white swathes along the flanks and their belly, cheeks and throat are also white. The dorsal fin of a white-beaked dolphin is larger than you might expect and the flippers are broad and pointed and almost 20% of the total body length!

White-beaked dolphins are fast, powerful swimmers. Although they can be elusive, they are also known to be highly active, breaching and porpoising frequently, and also avid bow-riders in many parts of their range. They generally like to travel in pods of between five and 50 individuals, but it is not unusual to see several hundred, or even thousands, of animals hanging out together. White-beaked dolphins also like the company of other species of whale and dolphin. They often form mixed schools with Atlantic white-sided dolphins and bottlenose dolphins when feeding, or travel alongside  humpback or fin whales.

What do white-beaked dolphins eat?

White-beaked dolphins are not fussy eaters. Individuals whose stomach contents were analysed in the Netherlands were found to have over 25 different species in their bellies. They will dine on a variety of small mid-water schooling fish as well as those who prefer living near the sea-bed, like haddock and cod. They also like to feast on squid and various crustaceans.

Where do white-beaked dolphins live?

White-beaked dolphins have a relatively limited distribution and are found in both temperate and cold waters of the north Atlantic Ocean. They like shelf edges and slopes and their preferred habitat is in waters less than 200m deep. They also range further north than any other Lagenorhynchus species and may be found at the edges of the Arctic pack ice.

Under threat from a warming ocean 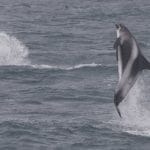 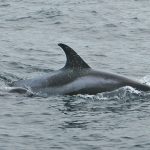 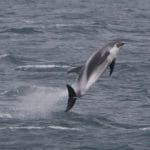 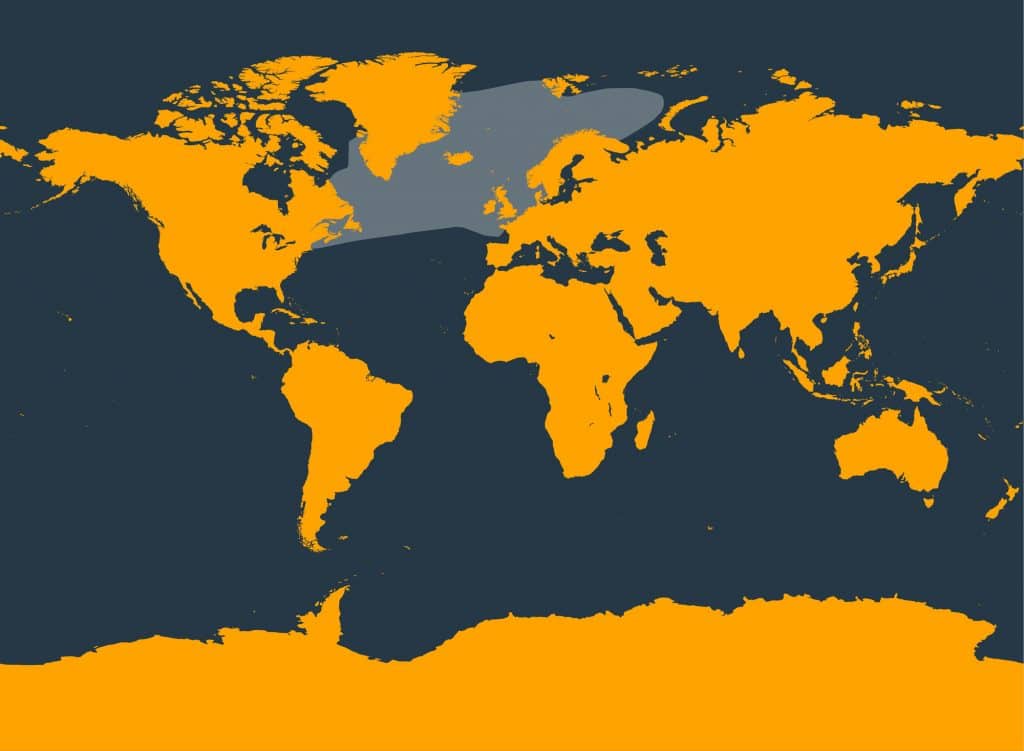 You can help save white-beaked dolphins...

By supporting WDC, you can help white-beaked dolphins to live safe and free. Together, we can: