Risso’s dolphins have a distinctive grey body which over time becomes covered in scars.

Risso’s dolphins are predominantly deep water lovers and are therefore relatively unstudied, however in several places around the world they can be found within only metres of the coast enabling researchers to learn so much more about them. 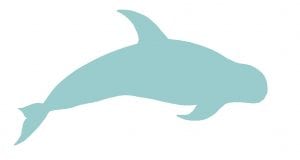 Unlike any other dolphin. They are very stocky dolphins with blunt heads and no discernible beak. Although they start out in life a grey/olive brown colour, as they get older they get whiter and whiter – a result of numerous scars and scratches from other Risso’s dolphins and their favourite food, squid!

Busy and incredibly sociable. Risso’s normally like the company of several other pod mates, sometimes lots, and although they’re normally boat-shy, they can be seen leaping out the water, breaching, tail and head-slapping and generally having a very active time. They’re also seen interacting with other species including bottlenose dolphins.

What do Risso’s dolphins eat?

Squid, squid and more squid! As with other species of whale and dolphin, what you eat can be determined by whereabouts in the world you live. So although squid is a favourite, Risso’s are also known to eat prawns and shrimp as well as cuttlefish.

Where do Risso’s dolphins live?

Risso’s dolphins can be found in almost all temperate and tropical waters around the world. They prefer deeper water and are usually found on the edge of continental shelves however there are several places around the world where they are found much closer to shore, where there are steep drop-offs or plenty of food.

How do you identify a Risso’s dolphin?

Individual Risso’s dolphins can easily be recognised by their unique dorsal fins which can be a variety of shapes and sizes and covered in scars and scratches. 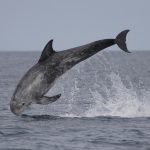 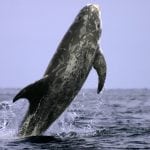 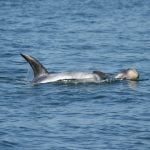 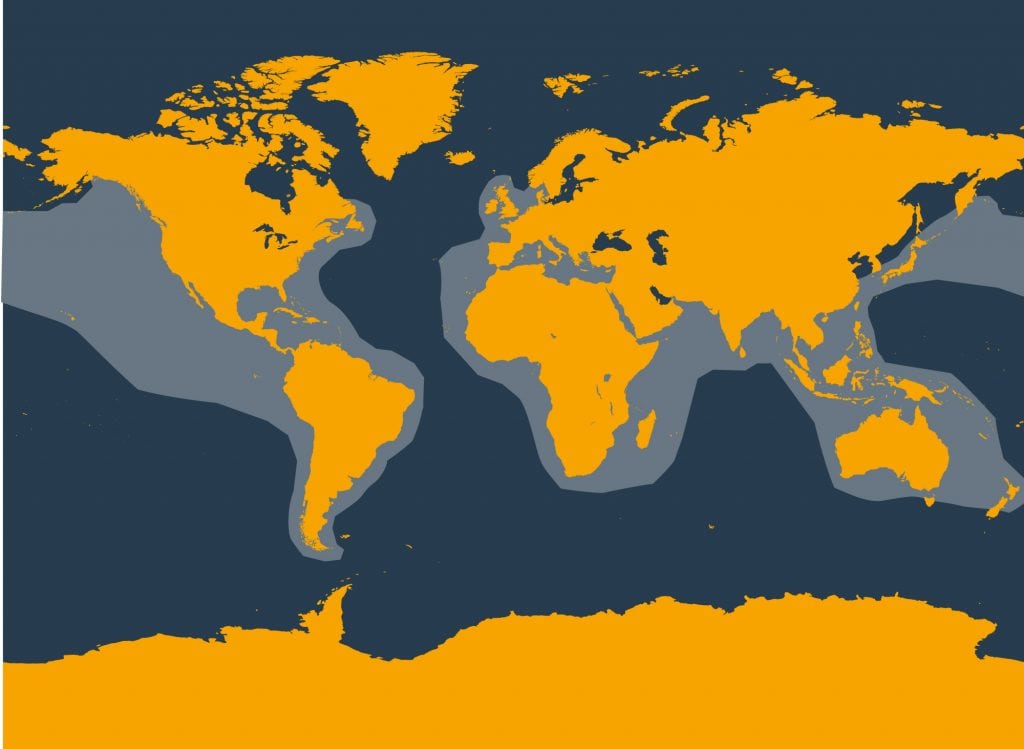 How is WDC helping Risso's dolphins?

WDC carries out vital research and conservation projects to protect Risso's dolphins and their homes.

Find out more about our work in Scotland and Wales.

Breeding with other species

Most species only breed with their own kind but Risso’s dolphins are thought to mate outside of their own species. WDC research on the Isle of Lewis in Scotland has identified several possible hybrid individuals that appear to be the offspring of mating between Risso’s and bottlenose dolphins.

WDC runs two projects in the UK studying Risso’s dolphins. Usually they inhabit deeper, offshore waters so we are very fortunate that Bardsey Island in Wales and the Isle of Lewis in Scotland, offer the chance of close encounters with these dolphins. Both locations appear to be key habitat and the findings from our research are helping to support efforts to obtain greater protection for the dolphins and their homes.

The Risso’s collective – collaborating with scientists all over the world

8th September 2020
Risso’s dolphins are big. They grow up to four metres in length and with their...

A little slice of heaven – amazing dolphin sightings around the Isle of Lewis, Scotland.

Surf’s up for porpoises in Wales

30th September 2019
Rare images of porpoises surfing the waves off the coast of Wales were snapped by...

27th August 2019
It’s been eight years since we formally asked the Scottish government to protect the marine...

We know relatively little about Risso’s dolphins but they face pursecution in some parts of the world while elsewhere human activities threaten their homes.

You can help save Risso’s dolphins...

By supporting WDC, you can help Risso’s dolphins to live safe and free. Together, we can:

Please help us save Risso's dolphins

By adopting a whale or dolphin, by making a donation, or by fundraising for WDC, you can help us provide a safe future for Risso's dolphins.