Irrawaddy dolphins look just like baby beluga whales, only with dorsal fins, but they are not closely related.

Irrawaddy dolphins are characterful and have unusually expressive faces. They can spit spouts of water from their mouths into the air. They seem to do this unusual behaviour when socialising and fishing.

The Irrawaddy dolphin has an instantly recognisable, charismatic rounded face and head with no beak; they look like baby belugas, only with a dorsal fin. Irrawaddys have expressive faces thanks to their moveable lips and have creases around their necks as they are able to move their heads in all directions. They are grey all over but lighter on the belly.  The dorsal fin is small; their flippers are long and large, with curved leading edges and rounded tips, their tails are also large.

Irrawaddy dolphins are found in small groups of six or fewer, but up to 25 have been known to gather in deep pools to fish. They are slow swimmers and avoid boats; they do not bow-ride, and generally dive when frightened. They sometimes spyhop, tail slap, body rub, or roll to one side while waving a flipper, and they only occasionally leap. Irrawaddys can spit spouts of water at the surface and we think this might make it easier for help them to catch fish by confusing them and it could also be a social behaviour.

It is not known what the total population of Irrawaddy dolphins is though they are endangered throughout their range.

What do Irrawaddy dolphins eat?

Irrawaddy dolphins are not fussy eaters and eat any type of fish that are available in their habitat. This includes prey found on the bottom as from time to time, the dolphins surface with mud on their heads or backs. Marine Irrawaddys also eat squid and octopus and seem to follow tides, moving inshore and into river mouths with high tides, and further offshore as the tides go out, probably following the movements of their prey.

Where do Irrawaddy dolphins live?

Irrawaddy dolphins cooperatively fish with fishermen who use cast or throw nets in the Ayeyarwady River in Myanmar. Fishermen let the dolphins know they are ready to fish by tapping the side of their boats.  One or two dolphins then swim in smaller and smaller semicircles, herding the fish towards the fishermen. The dolphins often dive deeply just after the net is thrown and create turbulence under the surface around the outside of the net.  The dolphins eat the fish whose movements are confused by the sinking net and those that are momentarily trapped around the edges of the lead line or stuck in the mud at the bottom just after the net is pulled up. 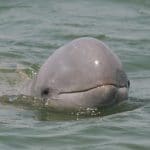 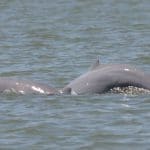 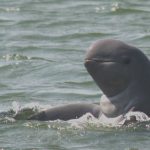 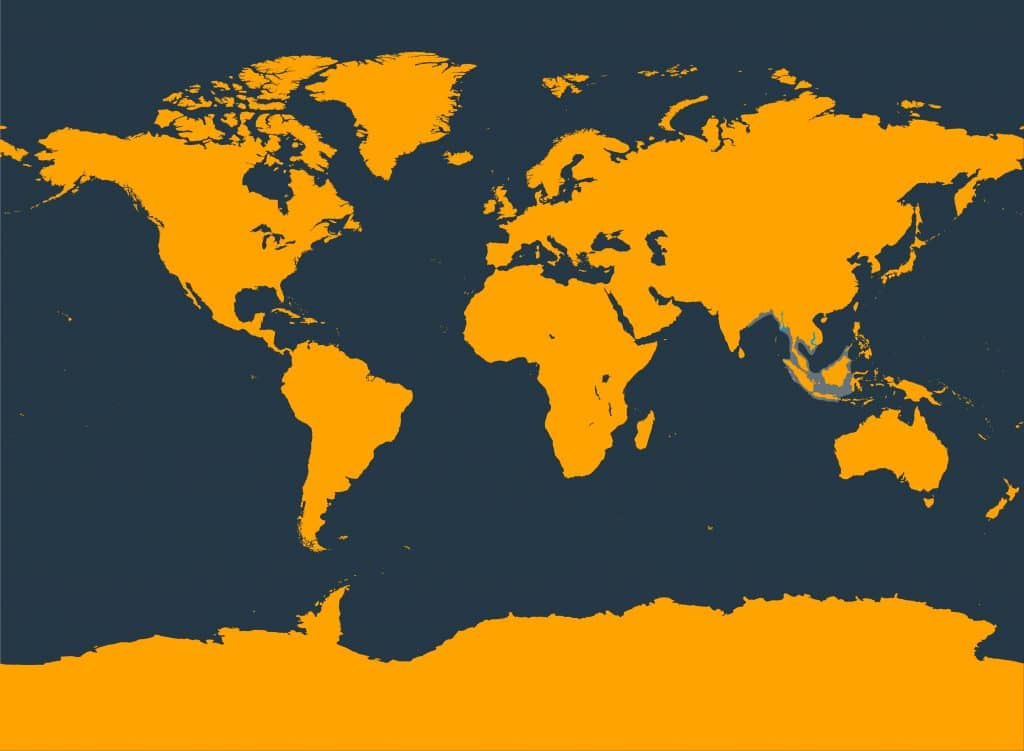 What's in a name

Irrawaddy dolphins get their name from the former name of the Ayeyarwady River in Myanmar; when Myanmar was called Burma, this same river was known as the Irrawaddy River.

The Irrawaddy dolphin is not classified as a river dolphin although some populations do live exclusively in freshwater rivers hundreds of miles away from the coast. Some even live in rainforest rivers in the Mahakam River, Borneo.

We think that many generations ago, some marine Irrawaddy dolphins explored rivers in search of fish and when they found good fishing opportunities away from the competition from other marine dolphins, they decided to stay put. These Irrawaddy dolphins went on to establish themselves permanently in freshwater habitats, completely separately from their marine counterparts.

A species under threat

The relatively small size of the Irrawaddy dolphin, its mobile ‘expressive' head and its ability to spit water when instructed have unfortunately made this species popular in captivity in recent years.

Most populations of Irrawaddy dolphins are in trouble and still declining as they live close to people. All river populations and some coastal ones now number less than 100 dolphins and are still declining; extinction due to human threats now seems the only likely outcome.

The only healthy Irrawaddy population numbers are found in Bangladesh where they live in rivers, estuary, mangrove, coast and offshore waters. Numbers of Irrawaddy dolphins here have been estimated at about 5800.

You can help save Irrawaddy dolphins...

By supporting WDC, you can help Irrawaddy dolphins to live safe and free. Together, we can: