Heaviside’s dolphins are found in a limited section of African coastal waters.  They have striking black, grey and white markings and are sometimes mistaken for baby orcas when spotted at sea.

They were originally discovered off the South African coast by Captain Haviside and so are sometimes known as their original-intended name, which is Havisides’s dolphins. A case of mistaken identity resulted in this dolphin being named after another captain, Mr John Heaviside instead.

Heaviside’s dolphins are small, blunt-headed, chunky dolphins with rounded paddle-shaped flippers and a large, triangular-shaped dorsal fin. They do not have a beak.

They are strikingly coloured - the head, dorsal fin, flippers, tail and back half of the back are dark grey. The front half is a lighter grey, each eye has a dark patch around it. The belly is white, with flashes of white on the flanks below the dorsal fin.

Heaviside’s dolphins are generally found in shallow, coastal waters in groups of fewer than 10 individuals and mostly in groups of only in twos and threes. They have small home ranges and do not migrate.  Their local movements are generally dictated by the movement patterns of hake, their favourite prey.

Heaviside's dolphins are active and social; they will approach boats to bow-ride and wake-surf. They are clearly comfortable in turbulent shallow water and can often be spotted surfing on breaking waves close to shore.

They are able to swim very fast! Part of their play and social activity is to jump vertically clear of the water, turn in the air, and fall back into the sea with virtually no splashing or noise.

Heaviside’s dolphins become sexually mature between 5 and 9 years old. Each pregnancy lasts for 10 – 11 months. Females give birth every 2 – 3 years. As they reach sexual maturity relatively late and have low rates of reproduction, their potential for population growth is very low and they are vulnerable to human threats.

Life expectancy for a wild Heaviside’s dolphin is thought to be between twenty and twenty-three years, which is relatively short-lived for dolphins.

What do Heaviside's dolphins eat?

Heaviside’s dolphins are generally not fussy eaters and take advantage of seasonally available prey in their local area. They eat a wide variety of prey found in coastal seas and particularly like hake. They also eat goby, horse mackerel, octopus and squid.

Where do Heaviside's dolphins live?

Heaviside’s dolphins have a very restricted range in only one part of the world.

They only live in cold temperate seas of the Southern Hemisphere, off the coasts of western South Africa, Namibia and southern Angola. 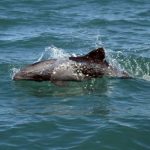 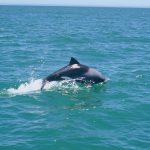 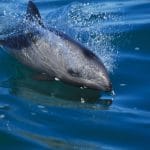 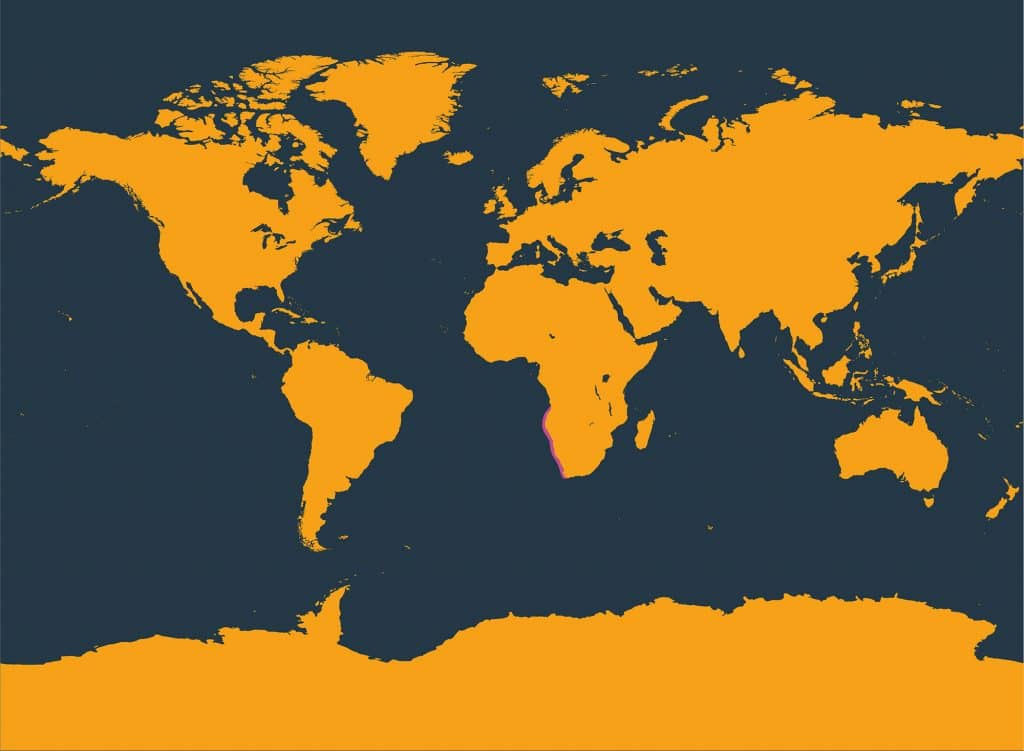 You can help save Heaviside's dolphins...

By supporting WDC, you can help Heaviside's dolphins to live safe and free. Together, we can: