One of the world’s smallest dolphins, there are thought to be less than 5,000 Chilean dolphins left in the wild.

Turning black upon death Chilean dolphins were once known as ‘black dolphins’, as they were more frequently seen dead than alive. Once plucked liberally from the sea by fishermen using them for both bait and food, the legal protection now bestowed upon these dolphins offers little guarantee of safety as enforcement of the law in remote areas is difficult.

A beautiful medley of shades and tones, the Chilean dolphin’s small, stocky body is an artist’s palate. Predominantly grey in body, they have a light grey melon atop their conical heads with the lower jaw marked by dark hues that deepen into a black band extending to the flippers.

With a low, sloping forehead and no beak, Chilean dolphins have a gorgeous dark stripe running from the blowhole to just above the eye and a distinctive white throat. The dorsal fin is low and rounded, and behind their small, curved flippers are white patches. Underneath, Chilean dolphins have a white belly with grey markings around the genital slit, varying between males and females.

There is still a lot to be learned about Chilean dolphins. Information about their lives and behaviour is scarce and incomplete. Most often observed in pods of 2 to 15 individuals, they are sometimes spotted in larger groups too. Fairly acrobatic movers, Chilean dolphins have perfected their own circular or zigzag-style swimming motion that they use to herd fish. Not fans of human interaction, they do like hanging out with other marine mammals and have been seen with Peale’s dolphins and, when hunting, can often be seen in the company of feeding seabirds.

What do Chilean dolphins eat?

Chilean dolphins enjoy a diet of fish (including sardines, anchovies and young salmon), squid and crustaceans.

Where do Chilean dolphins live?

As you probably picked up from their name, Chilean dolphins are endemic to the coastal waters of Chile. Preferring areas with high tidal ranges, Chilean dolphins feel at home in the mouths of fjords and bays, often residing in estuaries, channels and sometimes entering rivers too. Spotted in the Strait of Magellan and channels of Tierra del Fuego, they are found in some pretty spectacular locations. 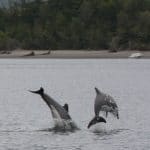 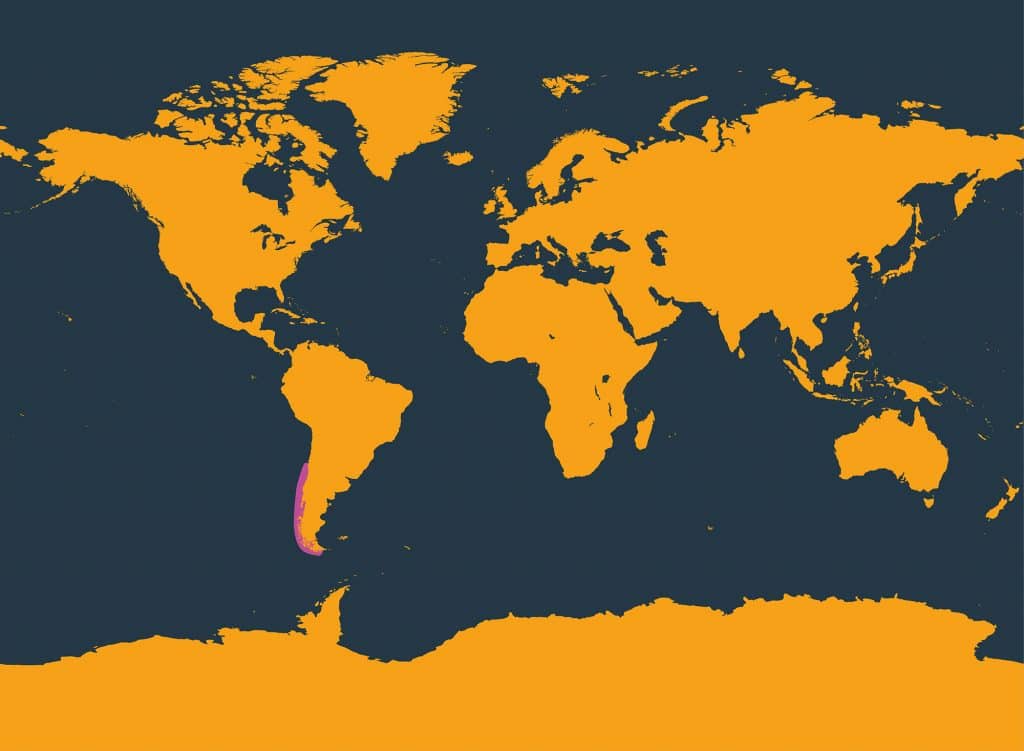 You can help save chilean dolphins...

By supporting WDC, you can help chilean dolphins to live safe and free. Together, we can: