Home > About whales & dolphins > How many species of dolphins are there?

Currently there are 42 dolphin species and 7 porpoise species which are grouped into six families: the oceanic dolphin family is by far the largest with 38 members; the porpoise family has seven members; and there are four river dolphin families, each containing just one species.

However, classification is not an exact science and as more information and discoveries come to light, deliberations will continue and some dolphin species are likely to be further split into more than one species and/or subspecies. For instance the common dolphin is now recognised as having two variations - short-beaked and long-beaked. In New Zealand, the endemic New Zealand or Hector's dolphin has a sub-species known as Māui dolphin. Only 60 or so remain of this endangered dolphin.

Names and nick names can certainly be confusing; there are eight dolphin names that feature the word ‘whale’, including long and short-finned pilot whales, false killer whales and melon-headed whales. Two species have whale and dolphin in their name; the northern right whale dolphin and the southern right whale dolphin – no wonder both the public and scientists get confused!

Porpoises are smaller than dolphins; they are less than 2.5m (8ft) long. They are also characteristically chunkier than dolphins and have a small head, little or no beak, and a small triangular dorsal fin (except the finless porpoises!). Porpoises and dolphins also have a different teeth shape. Porpoise teeth are spade-shaped whilst dolphins are conical. There are six species of porpoise, including the vaquita, which is the most endangered of all whales and dolphins. 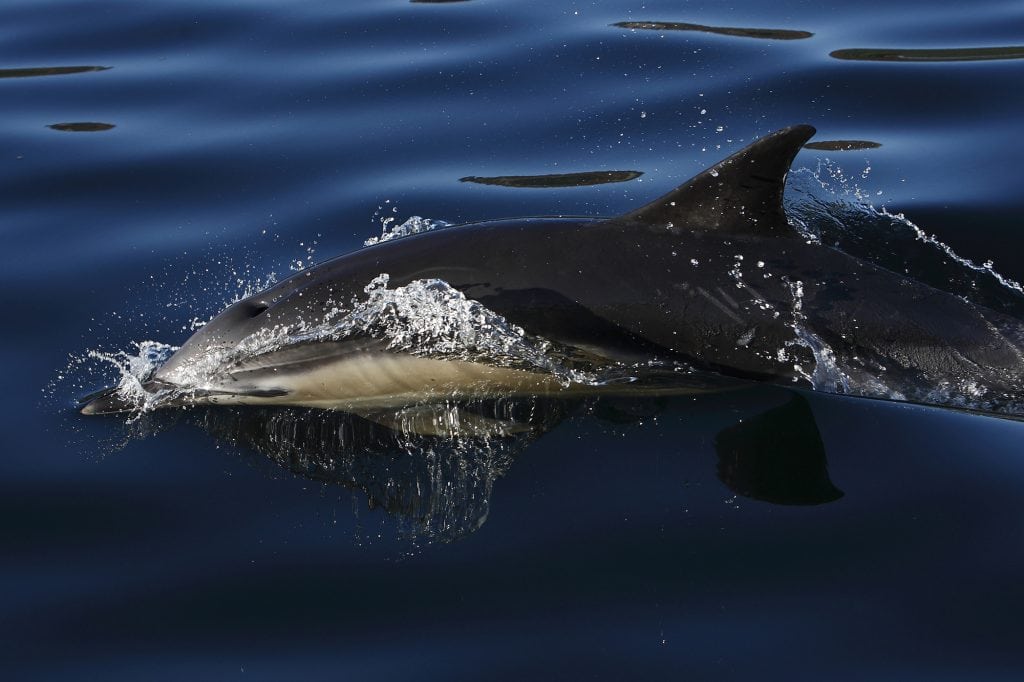