Save New Zealand dolphins from extinction

We’ve achieved a significant victory in our long-running campaign to save Māui and Hector’s dolphins in New Zealand after stricter fishing and environmental protections were announced by the government. However, whilst this move gives the dolphins more protection than they have had before, it’s not enough. Protected zones have been extended up and down the coast, but don’t expand further out to sea which is what’s needed to remove the horrific threat of death in a fishing net and give the species the chance to recover.

WDC has campaigned for protection for over 20 years (see timeline below) and, while this decision doesn’t go as far as we had hoped, it is a leap forward.  More than 40,000 WDC supporters joined our campaign and we are delighted that the coalition government of Jacinda Ardern has listened.  Now we need to make sure that the new protection measures are properly enforced and monitored.

A big 'thank you' to all of you who have helped with this campaign so far.

Find out more
donate to help us keep fighting

The situation is bad...

Hector's and Māui dolphins are the smallest dolphins in the world. They live only around New Zealand will soon be extinct if we don’t act fast.

Fishing nets kill 110 to 150 of them every year. Probably many more. This death-rate is enough to wipe them out forever.

Their numbers began plummeting in the 1970s, as plastic nylon netting rapidly expanded around New Zealand.

There are fewer than 60 Māuis left and Hector's have been reduced to less than 25% of their former numbers.

The solution is simple...

New Zealand dolphins are on the brink of extinction. What is the problem and can we save them?

Wouldn’t it feel amazing to save a species from extinction! New Zealand dolphins are in serious trouble and we’re going to need your help to save them. We’ve been working in New Zealand, with others, behind-the-scenes for years gathering evidence and garnering political and public support, and now it’s time to get the rest of world involved. We know how to protect the New Zealand dolphins. We just need the political will to do it.

A BIT ABOUT NEW ZEALAND DOLPHINS

New Zealand dolphins are small at just five feet from nose to tail when fully grown. They have a distinctive black, rounded dorsal fin that looks a bit like Mickey Mouse’s ear and beautiful black and white markings on their grey bodies. They are split between two sub-species: Hector’s dolphins, who live around New Zealand’s South Island, and the critically endangered North Island Māui dolphins. Hector’s dolphins are listed as an endangered species. There used to be around 50,000 of them but now, because of fishing, only 10,000 remain. For the critically endangered Māui, it’s even worse. In the 1970s there were around 2,000. Now there are only 60.

WHY IS FISHING SUCH A PROBLEM?

To understand why fishing is having such a devastating impact on these dolphins, it’s important to know a bit about how they live. Hector’s dolphins don’t stray far from home and they have a range of around 50km. Only some individuals are adventurous, travelling to visit other pods. They live in a series of distinct groups, like a necklace around the South Island. Each group is vital for exchanging genes with its neighbouring group in an almost stepping-stone pattern around the coast, and each of these links is vital for the species as a whole.

Now, because of fishing, this chain has fragmented and Hector’s dolphins are only abundant off the middle coastal parts of the South Island. Many groups are now as critically endangered as the Māui.

New Zealand dolphin populations grow slowly. A female will have a baby once every two to four years. Even without human impact, groups only grow at around two percent a year, so a population of 100 could grow to 102 over a year. This is only just enough insurance against natural occurrences like food shortages or disease. In a bad year, a population won’t grow at all. So, factor in the high risk of deaths in nets and you can see why there is such a massive problem.

The main culprits are set nets and trawl nets which claim the lives of around 110 to 150 dolphins every year. Set nets are sometimes referred to as ‘walls of death’ and you can see why. They hang in the water, anchored to the sea bed with weights and stretched across the surface with floats. They are indiscriminate, catching everything and everyone that swims into them. Trawl nets are dragged through the water by boats and, like the set nets, scoop up whatever and whomever is in their path.

WHAT PROTECTION DO THEY HAVE NOW?

In the Cook Strait and the Taranaki Bight, the area at the top of the South Island, there is little to no protection. What’s more, the group of Hector’s dolphins who live in this area are vital to the future survival of the Māui dolphins. There are at least two Hector’s dolphins living with the Māui dolphins at the moment, and they are likely to have come from these small groups at the top of the South Island. Remember the stepping stones we talked about earlier? Well, this group also connects with the East Coast group and the West Coast group of Hector’s. They are the historical heart of the New Zealand dolphin population and this keystone group is vital for the survival of the others with whom they interact and interbreed. We don’t know exactly how many of this vital population are left, but we suspect that they are as critically endangered as their Māui neighbours. Once this was a thriving community, now the group faces extinction. But, here’s the great news - if we can save them, we could save the entire species. Are you with us?

WHAT CAN WE DO?

So, what do we need to do? Isn’t it hopelessly complex? Quite frankly, no – it’s incredibly simple. Rarely in conservation is the answer to preventing an extinction this clear cut. Scientists and conservationists agree on what needs to be done, and the public are behind us. In fact, when WDC commissioned a survey in 2014 to see whether New Zealanders want action taken to protect the little dolphins who live only in New Zealand waters, 80% said they did. 63% even said they’d be happy to pay more for their fish if this helped save the dolphins.

In recent years, New Zealand’s government has not been willing to do anything to protect the dolphins, preferring to keep the fishing lobby happy. But in 2017 New Zealand elected a new government which is a coalition between the Labour Party and New Zealand First. In their election manifestos, they promised to ban destructive fishing methods, like set nets and trawls, from the Cook Strait and the Taranaki Bight, the area so crucial to the dolphins.

A recent report reveals both rural and urban New Zealanders are unhappy with the management of the fishing industry - not surprisingly with the high levels of fish waste and dumping, and number of dolphins, penguins and sea birds all being caught by trawlers and set nets. Once we move these dangerous fishing methods out of this area, the dolphins will start to recover. It’ll take time because of their slow reproductive rates but by protecting this key group, Hector’s and Māui populations can double in size by 2050.

When the New Zealand dolphins thrive, the fisheries will thrive too. Some fishermen are already catching groper with pots and ae doing really well and catching better quality fish. Moving to methods that are less damaging to fish and less wasteful will bring positive benefits to inshore fisheries – they will see average fish sizes increasing and as a result, will achieve higher export value. It’s a winning scenario for everyone, especially the long-suffering dolphins.

Our free Hector’s Dolphin Sightings App has been operating for nearly two years, and engages a growing user base of locals who repeatedly report sightings of Māui and Hector’s dolphins all around NZ coasts. This is helping connect people more to the dolphins and communicates the importance of collecting data, especially in areas where they are becoming rarer. We are showing the government where they need to urgent protection measures in place.

Early Māori knew the importance of the New Zealand dolphins, or Pahu, and they had a saying, ‘when Pahu thrives, so does the ecosystem’. Let’s trust their wisdom. 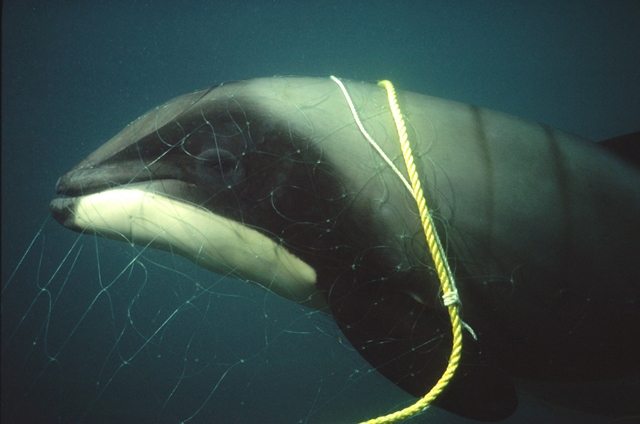 Following our long-running campaign to save endangered Hector's dolphins, the New Zealand government has announced...

We’ve won protection for Māui and Hector’s dolphins, but is it enough?

After decades of our campaigning, the New Zealand government has finally released the Threat Management...

A significant victory in the fight to save dolphins in New Zealand from extinction has...

Like people over the world, New Zealanders have recently been faced with a lot of...
Load More