Climate change is one of the biggest threats facing whales and dolphins today.

The climate is changing fast: so fast that some whale and dolphin populations may not have time to adapt. Changes in sea temperature, freshening of seawater, acidification, rises in sea levels, the loss of icy polar habitats and the decline of food sources are just some of the many dangers which climate change poses for whales and dolphins.

How are whales, dolphins and porpoises affected by climate change?

Climate change is expected to be the main cause of mass extinctions in the 21st century and whales and dolphins are not immune. The rapid warming of the planet is leading to a loss of habitat for whales and dolphins and greater competition for a diminishing amount of prey species. It is affecting the timing and ranges of their migration, their distribution and even their ability to reproduce.

Climate change is a fundamental threat to whales, dolphins and porpoises.

Unless radical actions are taken, some whale and dolphin populations may not be able to adapt quickly enough to survive. For example, the northern Indian Ocean is fringed by land, limiting the ability of species to move northwards into cooler habitat as waters become warmer.

The way that whales feed, poo, migrate, and dive between the surface and the ocean depths (known as the ‘whale pump’), circulates essential nutrients throughout the ocean.  This in turn supports healthy marine ecosystems and the growth of phytoplankton, which locks in a massive amount of carbon from the atmosphere.

By their sheer scale, large whales lock in huge amounts of carbon, however researchers estimate that this has been reduced by approximately nine million tonnes by commercial whaling.  Indeed, the mass slaughter of whales in the 19th and 20th centuries may well have accelerated the effects of climate change, by both increasing the release of carbon into the atmosphere and diminishing the role whales play in locking it back in the oceans.

Put simply, we need more whales in the ocean to help combat the impact of climate change.  The more whales there are, the healthier the oceans will be and the less carbon dioxide there will be in the atmosphere. 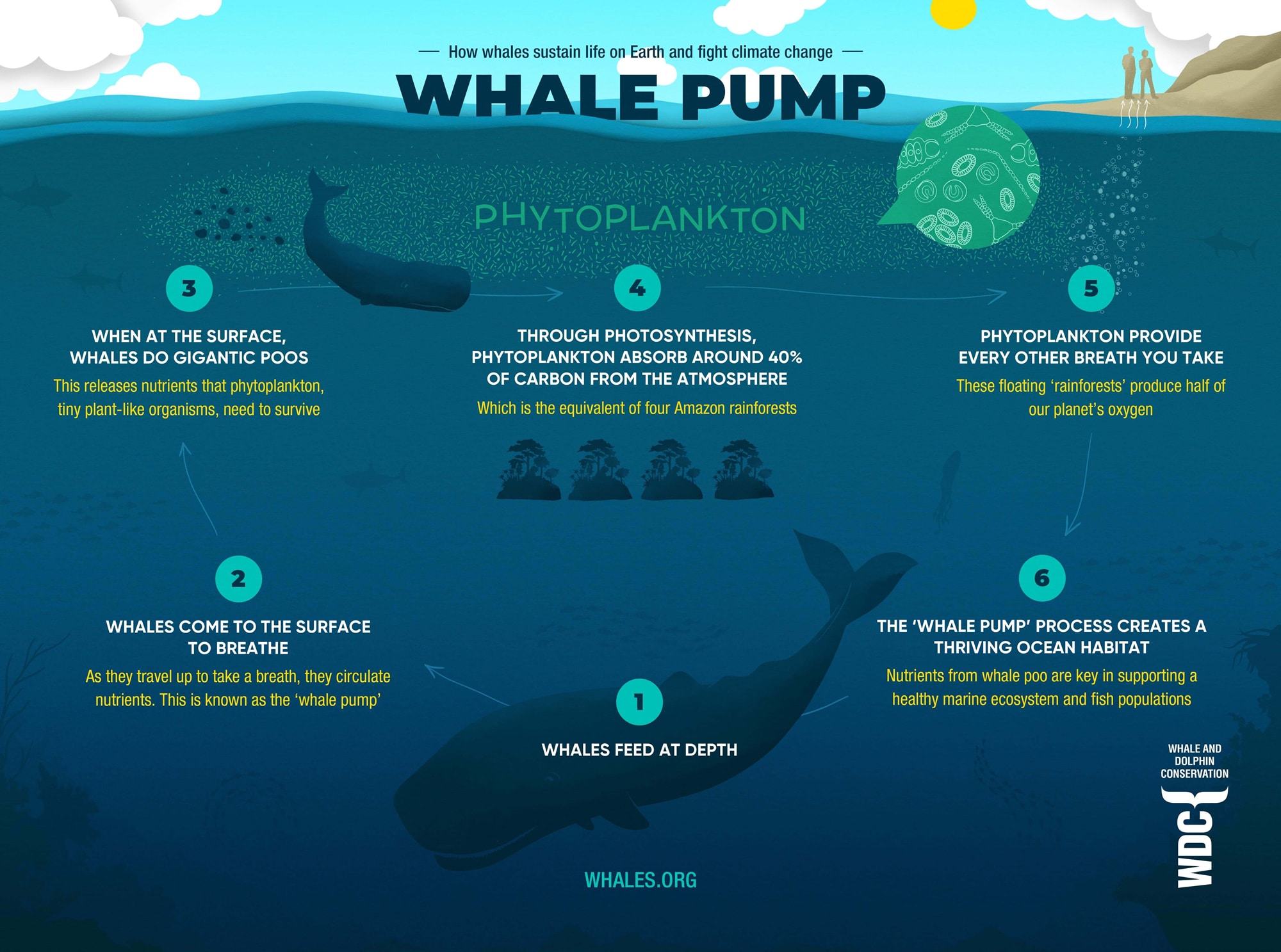 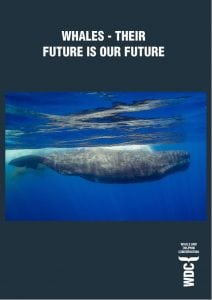 WHALES - THEIR FUTURE IS OUR FUTURE

If you’d like to know more about how whales help fight climate change, please read our free report, which includes full references to scientific papers.

How can you help?

Programmes like BBC’s Blue Planet played a huge role in raising public awareness of the damage being done to the oceans through climate change and pollution.

For many people however it is easy to forget or ignore what is happening out of sight, beneath the waves.  By supporting WDC you will be helping to keep the plight of whales and dolphins in the public mind, put pressure on governments and policy makers to take action and increase understanding of the role whales can play in restoring the oceans to health.

We can also all make small changes in our own lives which will make an important impact, from reducing the amount of single-use plastic we use, using the car less often, or switching to low energy lightbulbs. If everyone makes small, everyday changes, the benefit to the environment will be huge.

Ours may be the last generations able to halt the runaway impacts of climate change on the planet and on wildlife and we must all do our part. 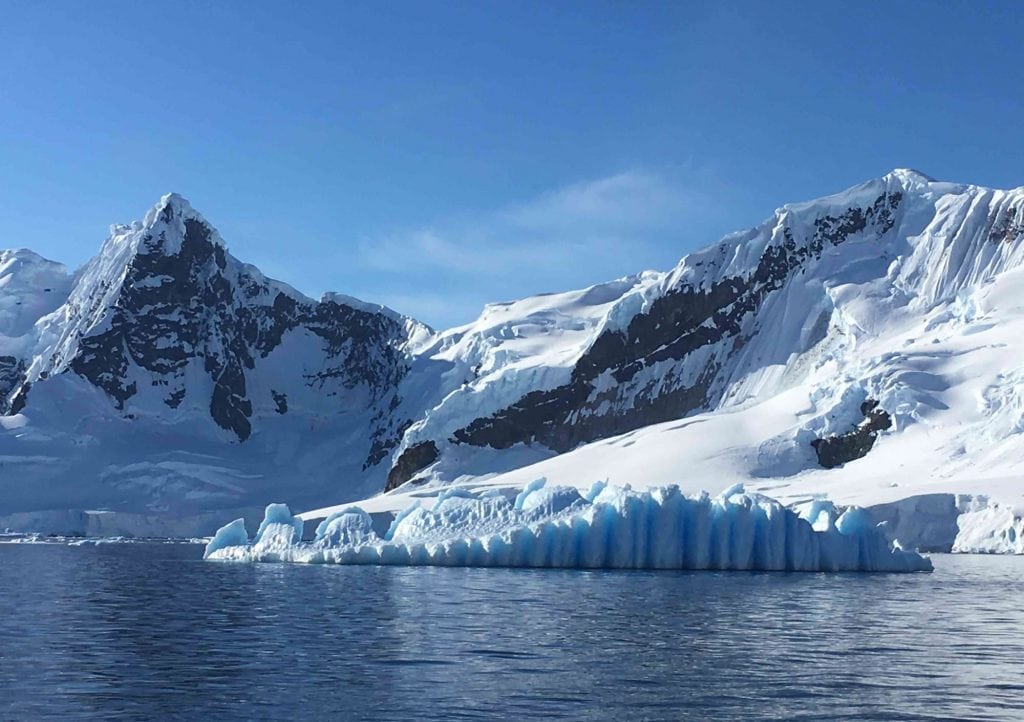 5th January 2021
Help save the world by saving the whales with a donation Yes. I'll donate Whales...

Whaling: an inconvenient truth – the hunters are not only killing whales, they are killing us too.

27th April 2020
As we hope for an end to the coronavirus crisis, we should reflect on another...

EU Commission asked to do more to tackle climate change

22nd November 2019
EU Heads of State have taken the unprecedented step of asking the European Commission to...

Financial worth of whales revealed

27th September 2019
Policymakers and economists at the International Monetary Fund (IMF) have placed a substantial value on...
Load More

Your gifts help us take action to to combat the threats to whales and dolphins.