Skip to content
Orcalab is home to the world's longest running study of wild orcas. © Orcalab / Project Insight
All articles

I first visited OrcaLab in British Columbia over 30 years ago and vividly remember my orca encounter there on one of those stunningly beautiful summer days in the rich waters of Johnstone Strait.

I was there for the first time helping to collect photo ID of each orca and listen to the calls of the pods so that we could figure out who each individual was and their family dynamic. Here I learned how socially complex orcas are and how they live peaceful lives in tightly-bonded family groups, forming closer, longer-lasting bonds than humans.

I also learned how they returned each summer to the area chasing the runs of energy-rich Chinook salmon. But feasting was just part of their story; they also used this time for resting, playing and renewing the social ties with other orca families that had come in to the area.

I pored over the images in the ID catalogue and quickly got to recognise the characters in this amazing wildlife drama - Okisollo, Ripple, Top Notch and the matriarchs Eve and Stripe. Musing over the family tree I saw a name listed that I knew I would never see chasing a juicy salmon out in the strait. Her name is Corky and her story is one of heartbreak and tragedy. She was captured with the rest of what are known as the A5 pod on Dec 11th 1969, and from that day forward her life was to follow a very different path. While some orcas, including her mother Stripe and her siblings were released, Corky was the ‘perfect’ age, at just four years old, to be sold in to the marine park industry, which had developed an insatiable appetite for capturing wild whales for public display.

Corky has been held captive for more than 50 years. © Rob Lott

Lone voice in a concrete tank

It was years later in 2005, as part of an undercover assignment, that I actually got to meet poor Corky at SeaWorld San Diego. By then she had been in captivity for 36 years. She had become pregnant a total of seven times - her oldest calf surviving for just 47 days.

As I watched her that day repeatedly swimming upside down around the pool and surfacing in the exact same corner every seven circuits to breathe, I wondered what memory she had of her short life in the wild. We know her vocalisations are still those of her family pod even after all these years, though she rarely calls these days as her lone voice with its distinct dialect just reverberates around her concrete tank. If she wasn’t performing in shows I remember Corky had to take part in the ‘Dine with Shamu’ experience. Park visitors ate their burgers and nachos just inches away from her pool and, periodically, Corky was given the instruction by her trainers to ‘beach’ herself by lifting her whole body out on to a concrete platform for photos with the diners before sliding back in to her pool.

Hour after hour, day after day, year after year Corky continued this monotonous, repetitive routine. And I find myself asking the question, how does she cope? Her will to survive far exceeds that of most other captive orcas who die prematurely.

Meanwhile, back in the cool, emerald-green waters of the Pacific Northwest, Corky’s brother, WDC Adoption orca, Fife, and sister Ripple still swim wild and free today. At around 55 years of age, Corky has now survived – yes, survived and not lived - longer than any other wild orca taken during the capture era of the 1960s and 70s.

Help us end lockdown for whales and dolphins in captivity today.

Surviving in the smallest orca pool in the world

A close second to Corky is another survivor - Lolita (also known as Tokitae), who is trapped at Miami Seaquarium in the smallest orca pool in the world. Lolita is a Southern Resident orca and was taken from the wild in 1970 as part of a round up where several other whales died in the nets - their bodies filled with rocks by their captors so they would sink to the bottom and leave no trace.

I recently saw Lolita in the ‘whale bowl’ at the aquarium. A tank so small it is technically considered illegal by US government regulations, yet this has been her life for over 50 years.

Lolita shares this tiny space with two Pacific white-sided dolphins and has been without an orca companion for over 40 years. As I sat in a half-empty stadium I watched as one flick of Lolita’s powerful tail fluke took her to the other side of her entire world – just 24 metres away and only four times the length of her body.

Many of us struggled with months of isolation during the global Covid pandemic. It makes me wonder how do these highly intelligent orcas cope with a 40-50 year lockdown? Their resilience is astounding. 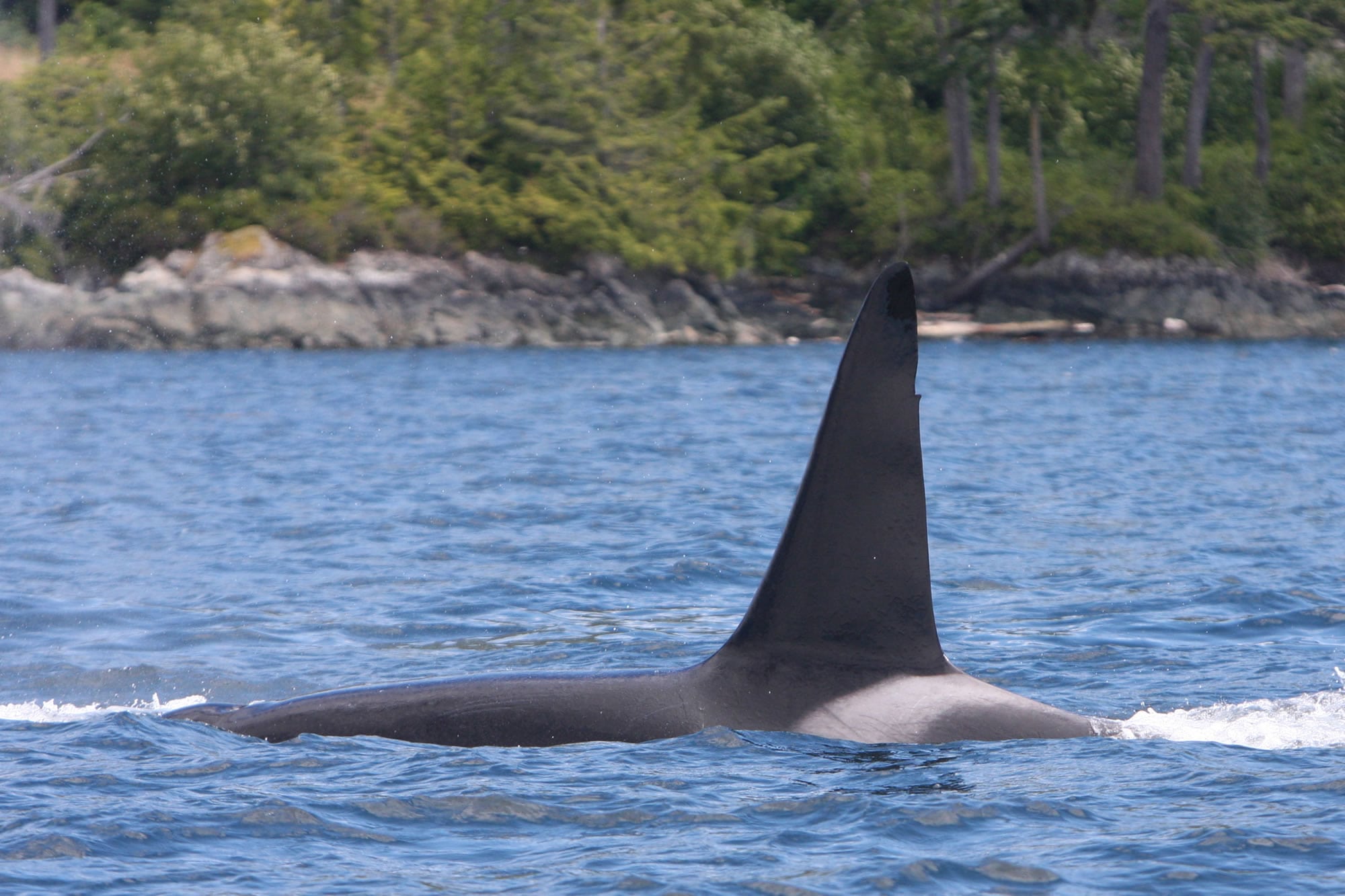 What does the future hold for Lolita and Corky? We believe Lolita’s mother is still alive in the wild today and there are plans to have her returned to her ancestral waters and reunited with her pod.

And for Corky? It is hoped that a sanctuary site can be established in a beautiful, sheltered bay along the shores of Hanson Island in British Columbia very close to where her family frequently visit each summer. What we also need is for the cruel captivity industry to end. Big tour operators like TUI need to listen to our campaign call for them not to promote whale and dolphins shows to their customers. Virgin Holidays and British Airways listened and changed their stance – others like TUI need to do so now.

We are realistic about the hurdles we need to clear to achieve these goals. Corky, Lolita and all the others surely deserve that we try and continue to campaign, don’t they? As we emerge into the post pandemic light, for them, right now, the darkness of lockdown never ends.

Let’s make them the last generation that have to suffer in tanks purely in the name of so called entertainment.

Help us end lockdown for whales and dolphins