In Shark Bay, Australia, bottlenose dolphin society is multicultural and awesome.  There are the beachers - dolphins who chase fish onto the seashore,  temporarily beaching themselves in the process, and the shellers who lift giant sea snail shells out of the water, tipping out fish hiding inside them.  The spongers are an especially exciting cultural group because like the shellers, they are tool users. The spongers tool of choice is a cone-shaped marine sponge growing on the seabed. 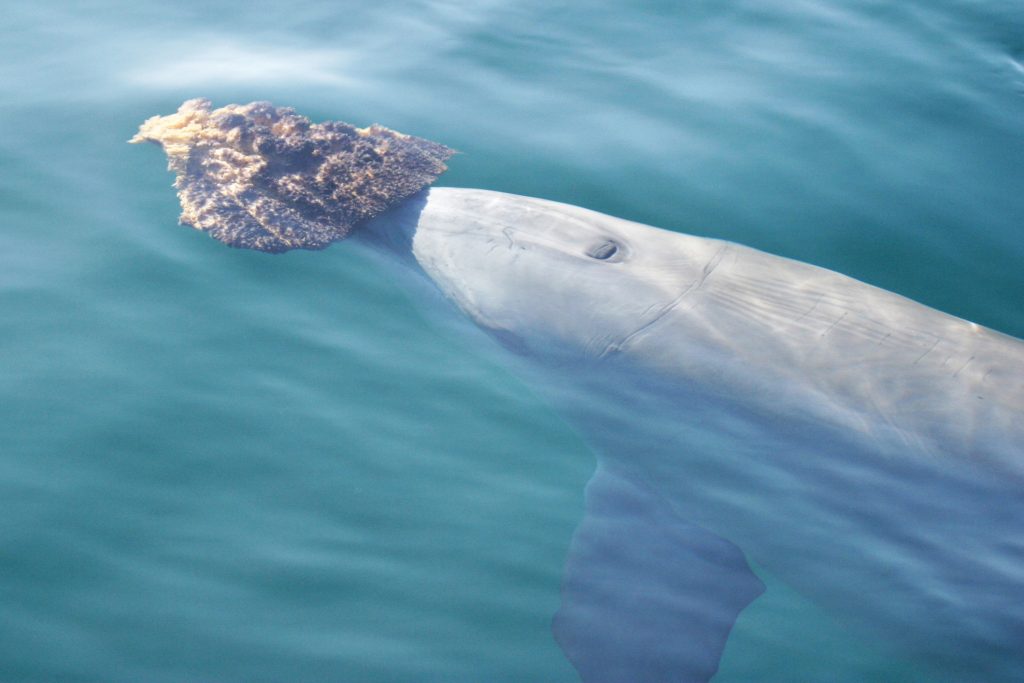 Your donation will help us protect dolphins.

Spongers pry off a sponge and wear it like a beak-glove.  This protects their face from injuries and stings while they rummage for sandperch hiding under the rubble and sand.  These smart dolphins will carry their sponge from one location to another using it multiple times. The spongers have these nutritious fish all to themselves as other dolphins in the same habitat cannot access them.

The art of sponging doesn’t come naturally to dolphins; they have to learn how to do it over many years. It’s only calves of sponging mums who spend enough time being repeatedly exposed to the intricacies of sponging who can learn. Daily mother–baby sponge school starts from birth and youngsters start wearing their own mini sponge by the time they are two to three years old.

Most spongers’ daughters become spongers and some of their sons do too. The female bias comes down to different life-priorities for male and female dolphins. Daughters naturally pay close attention to their mothers’ behaviour and strive to emulate them with a view to becoming successful mums themselves.  Male dolphins play no part in childcare, their priority is to develop relationships with other boys and figure out who will make the best allies. 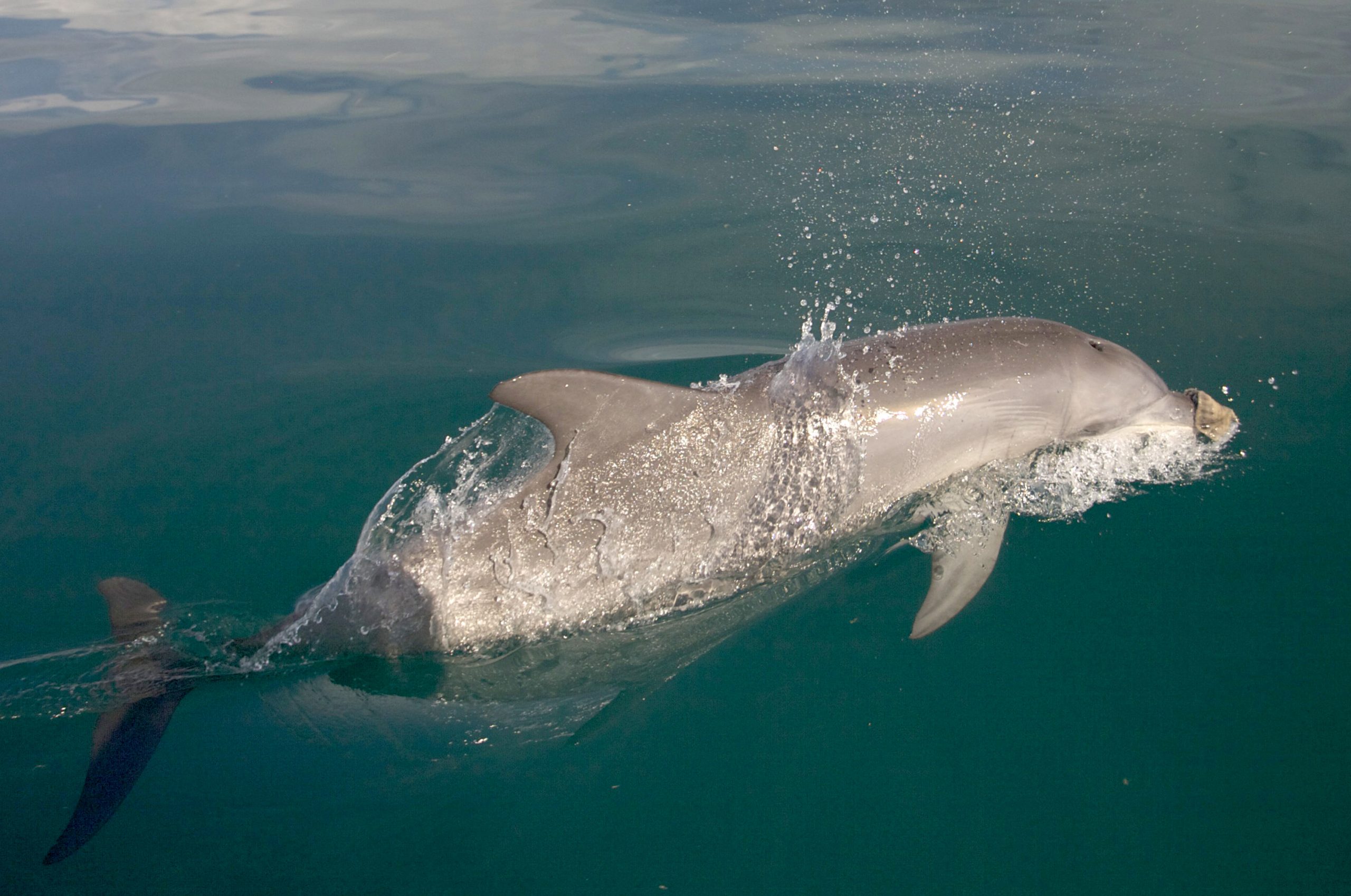 Both female and male spongers are drawn to one another and develop lifelong friendships and distinct social groups. Their bonds are not made whilst feeding together as they sponge alone, they seek out other spongers to socialise with as these individuals share their specialist hunting behaviour and lifestyles and so are most like them.

It’s important to protect dolphin cultures. They are part of their identities and the diversity they generate is essential for providing the best chance of survival in a world being rapidly altered by humans.

Some families already have three known generations of spongers. Half-fluke was a sponger, her daughter Demi is a sponger, and Demi’s daughters Dodger and Ashton are spongers. Dodger’s calf Red Sox will soon be weaned, but has not been spotted sponging yet.  Ashton has just had her first calf; if a girl, she will most likely become a sponger, if a boy then only time will tell. Demi, Dodger and Ashton’s best friends are all female spongers.

There are many male alliances in Shark Bay and a few of them such as The Blues Brothers and The Spongers are composed of sponging males.  Triple, Jonny, Moet, Mara, Absolut, Depp, Ivan, Scott and Atik are all members of The Spongers alliance – they were all born to sponging mums and have grown up to become a tightknit group.

The 'shellers' are another tool-using cultural group in Shark Bay. They lift giant sea snail shells out of the water and tip the fish hiding inside them into their mouths. Just amazing!

Another awesome use of tools (A. Pierini, Shark Bay Dolphin Research)

Your gift, whether large or small, will help us protect amazing dolphins and their cultures.