A new scientific paper gives a fascinating insight into how sperm whales living in the Pacific Ocean learned how to avoid whaling vessels in the 19th century.

Sperm whales only have one natural predator - the orca (killer whale) and will form tight circles when threatened with their tails facing outwards to defend themselves. This reaction to whalers simply made it easier for them to be hunted, however historical data shows that just a few years after their first encounters with whalers, the whales had become increasingly hard for the whalers to catch with a 58% decrease in successful hunts. 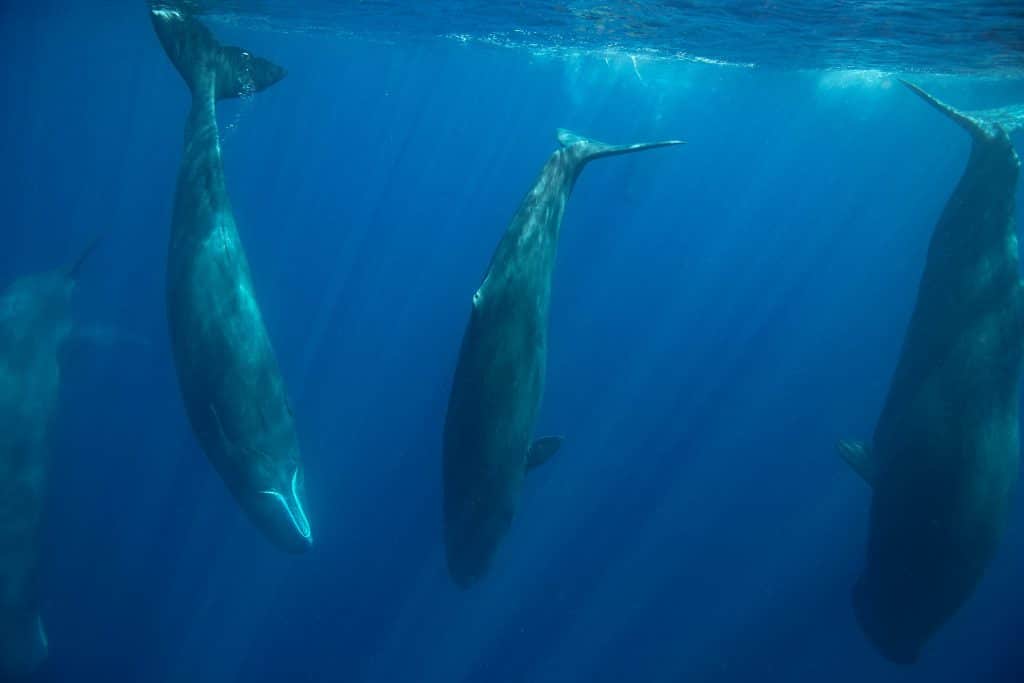 The new analysis of logbooks kept by American whales by sperm whale scientists, Hal Whitehead and Luke Rendell, suggests that these intelligent creatures learned to change their behaviour and thus avoid being hunted. Instead of taking up their traditional defensive position, the whales learned that fleeing, diving or even swimming upwind of the whaler's sailing ships would help their chances of survival.

What makes this revelation so amazing is that it was not a process that took many generations to evolve, this was something the whales learnt themselves (cultural evolution) and then quickly passed on to other whales. While male whales are more solitary, female sperm whales live in closely-knit social groups that can communicate over large distances.

Sadly, by the 20th Century, engines had replaced the sails and sperm whales could not avoid the exploding harpoons that subsequently decimated their numbers. Today, major threats such as the climate crisis and noise pollution have largely replaced the harpoons as sperm whale numbers slowly recover.

Commenting on the new paper, WDC Research Fellow Philippa Brakes said: "What is important - and even slightly moving - about this new research is that it gives pause for thought on the timelines of evolving cultures. In the 1800s sperm whales were adapting their behaviour to the human culture of whaling at the time. However, given their evolution and brain size, sperm whale cultures may be many millions of years older than ours, which is important perspective when we ponder the consequences of human activities, both past and present."

Support our work to protect sperm whales and other species.

Tweets by @whalesorg
Posted in News and tagged Ethics and Rights