More than 1,000 dolphins, porpoises and whales die in fishing gear in UK seas every year and this is known as ‘bycatch’. Here at Whale and Dolphin Conservation we’ve just launched a major campaign to stop these tragic deaths and we are providing the solutions governments need to make this happen. 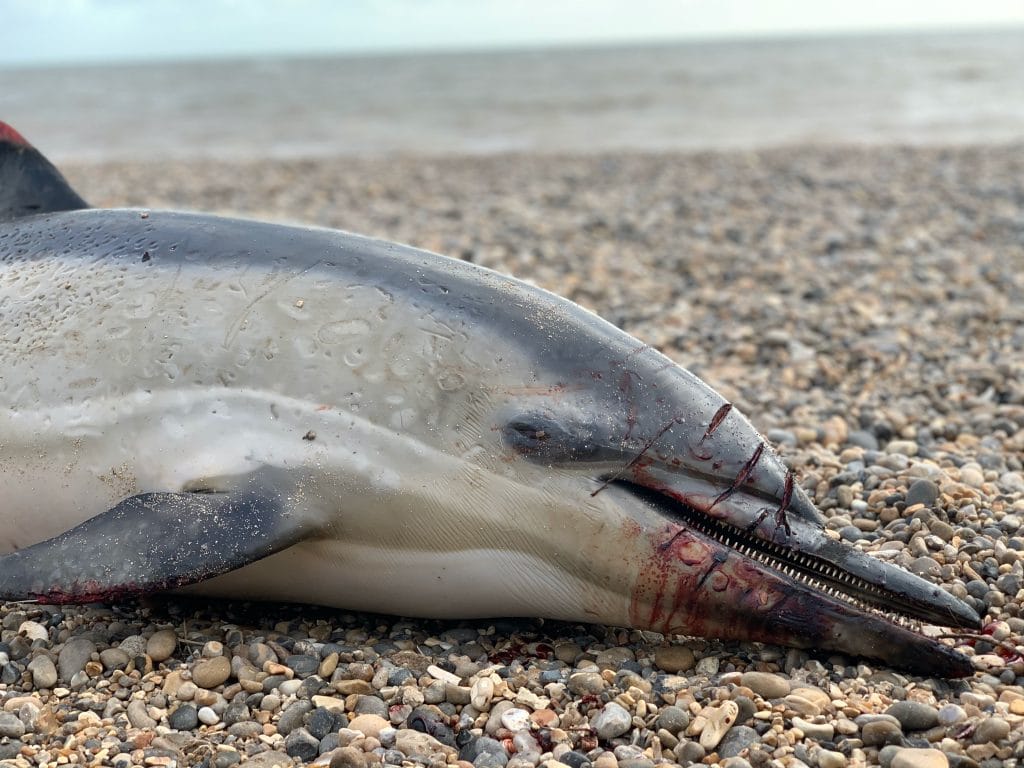 The UK and devolved governments must commit to targets to reduce the numbers of dolphins, porpoises and whales, as well as seabirds and seals, dying as bycatch in fishing gear. We want a commitment to reduce the death toll year on year – starting now.

The UK and devolved governments have been monitoring bycatch diligently for decades with the onboard bycatch monitoring programme and stranding scheme. But government aspirations to prevent bycatch have yet to be delivered. The UK can be a global fisheries leader and implement bycatch solutions without hesitation. To achieve this, we need action at sea with increases in management measures to ensure bycatch prevention, effective modifications to fishing gear and monitoring onboard fishing boats to track progress.

More than a thousand dolphins, porpoises and whales die in UK fishing gear in UK waters every year and the UK bycatch monitoring programme calculates that it has been this way for decades. It’s a cruel, horrible way to die.  We don’t know how many survive, either by escaping the fishing gear or being thrown overboard alive, but suffer injuries or stress, and ultimately die anyway. And you can imagine how devastating it must be for individuals lucky enough to avoid entanglement only to witness a relative or pod mate suffer and die. 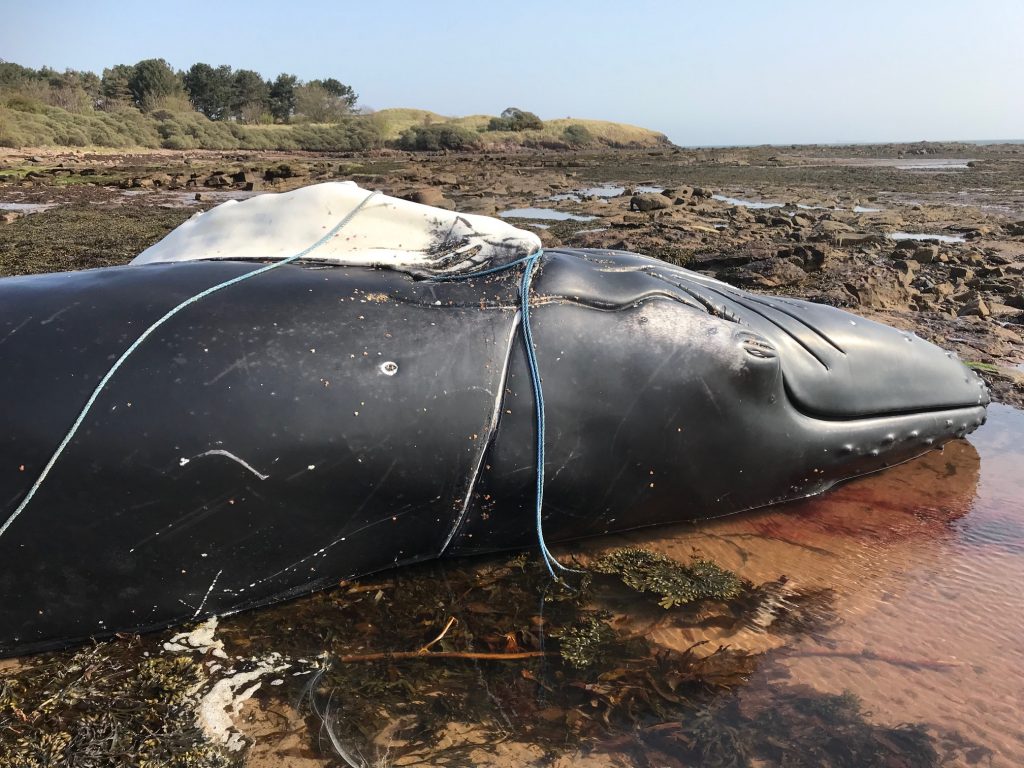 We have made progress with getting bycatch on the political agenda in recent years. Then Fisheries Minister, and now Secretary of State, George Eustice set up the UK bycatch stakeholder group after WDC’s successful 2017 campaign that culminated in an event in the Houses of Parliament, where we presented him with a petition of 75,535 of your signatures.

Thanks to our campaigning, the new Fisheries Act (2020) contains a legal requirement to ‘minimise and where possible eliminate sensitive species bycatch’, and those ‘sensitive species’ include dolphins, porpoises and whales.  We anticipate the UK government will launch a ‘cetacean bycatch plan of action’ in coming months. (‘Cetacean’ is the collective term for dolphins, porpoises and whales.)

We’ve also seen some action on the water in the last couple of years. The government agency, CEFAS, are leading a trial with a handful of static net fishers in the southwest of England and, in addition, a coalition of partners – including WDC - is just completing a two-year Scottish Entanglement Project, where we’ve captured the views and solutions of 160 Scottish creel fishers.

We recognise that a huge amount has changed in the last year. The UKs departure from the EU, and coronavirus both present serious challenges for fishers working in UK seas and, like other industries, fishers face hardship. As government policy plans roll on, despite Brexit and the virus, so must our work to protect these intelligent, innocent individuals.

There remains a large and little discussed disconnect between the current political situation about ‘who can fish where’ and ‘how much fish can be landed’, and the biodiversity and climate crisis we are in the grip of - with a degraded marine environment and, as part of that, ongoing unacceptable bycatch.

Globally, there is an increasing sense of urgency and a mobilisation of nations to tackle bycatch. We feel this shift acutely - in fact, we have played a key part in making it happen. The biodiversity and climate crises are well known, and tackling bycatch is one of the ways we can alleviate pressures on dolphin, porpoise and whale populations, as well as reducing the suffering of many hundreds of thousands of individuals.

As we reflect and reform what our fisheries will look like in future years, we must do it in a way that ensures the protection of the marine environment and all its species, including, dolphins, porpoises and whales. 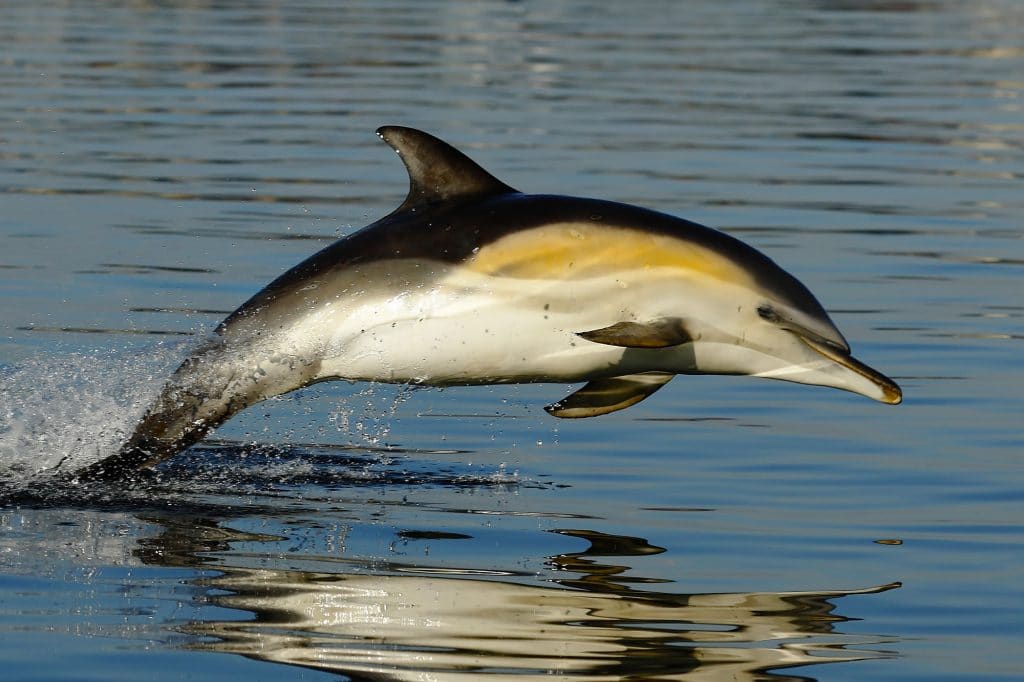 There is cause for hope. Solutions exist. We’ve launched a new report focussed on realistic, practical steps that can be taken to drastically reduce the number of dolphins, porpoises and whales dying in static gillnets, creels and mobile trawlers. Gillnets are responsible for more of these deaths than any other gear types. It has been estimated, recently and historically, that about five in every 100 harbour porpoises in the Celtic Sea may die as a result of entanglement in a gillnet. Five humpback whales getting entangled in creel fishing rope is enough that it might prevent their recovery from old whaling days. Various types of mid-water trawlers catch dolphins, although sporadically at the moment since pair-trawling (which has the highest bycatch rates) is currently not happening in UK waters because of poor, depleted fish stocks.

The solutions provided in our report require governments to make bold decisions and they also require commitment from fishers. Globally, with a renewed vigour and, with new UK Fisheries legislation here at home, comes a renewed focus. The UK and devolved governments must commit to meeting the requirements of our new fisheries law and to reducing the number of these tragic deaths, year on year – starting now. We need fleet-wide at-sea engagement with fishers, implementation of proven bycatch prevention measures, strong bycatch policies and high levels of monitoring to collect accurate data on bycatch rates as they reduce. The time to finally say ‘Goodbye Bycatch’ is now.

Send an email to your fisheries minister, using our simple template, and you'll help save thousands of lives