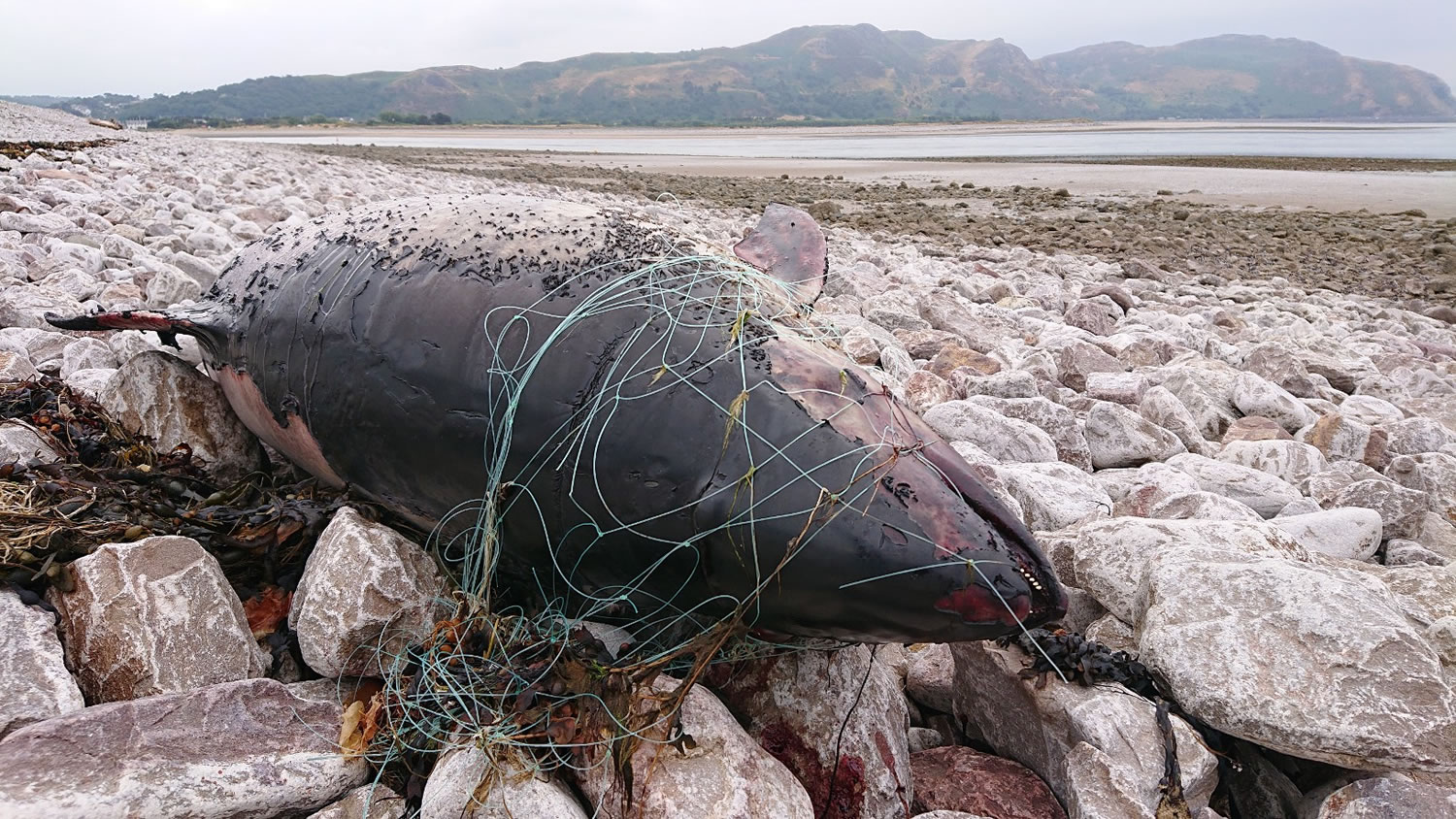 As WDC launches a campaign to stop around a thousand whales, dolphins and porpoises dying in nets and other fishing gear each year, a new report issued today from experts at WDC and co-sponsor of the study HSI (Humane Society International), outlines action the UK and devolved Governments can take now to lead the world on preventing bycatch post Brexit and save a dolphin a day suffering death by suffocation.

Based on recent figures, it is estimated that around 1,000 porpoises, hundreds of dolphins and tens of whales suffer and die in UK fishing gear in waters around the coast every year. WDC’s campaign seeks to highlight that urgent action is needed and is critical in particular for populations such as the harbour porpoise in the Celtic Sea and English Channel, humpback and minke whales in Scottish waters, and common dolphin populations in the Bay of Biscay, and Celtic Sea.

Whilst the EU drags its heels on tackling this matter, the new report sets out a range of solutions that the Government and the fishing industry could adopt to reverse the death toll in UK waters and elevate the UK to the world leader in tackling this horrific and unnecessary issue.

Implementing the recommendations in the report now could help to reduce the death rate by the end of 2023 so that bycatch incidents involving marine mammals are all but eradicated (reduced to the occasional accident) by 2030.

WDC’s campaign encourages the UK and devolved Governments to adopt measures to reduce bycatch and increase independent at sea monitoring on fishing vessels by the end of 2021 to track progress. A key action is to start to phase out gill nets (which cause the most deaths) in UK waters, so that alternatives are found for those fisheries with the highest levels of bycatch by 2026.

Bycatch in fisheries is the biggest single killer of whales and dolphins worldwide with several species now close to extinction as a result. Effective solutions developed for UK fisheries could also be used to address the problem elsewhere.