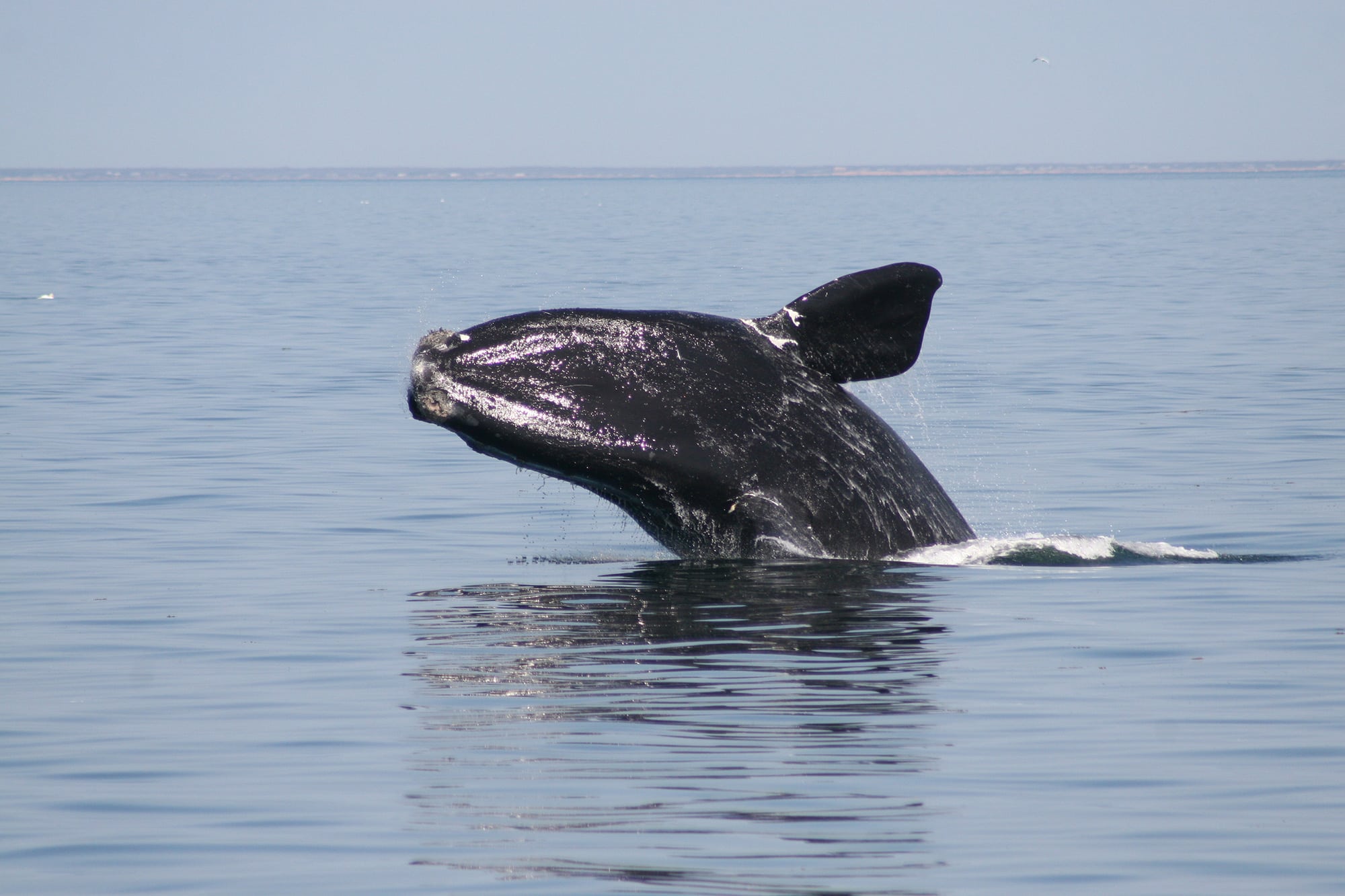 Conservation groups in the US, including WDC have sued the National Marine Fisheries Service (the US federal agency responsible for the stewardship of national marine resources) for failing to respond to two rule making petitions to protect critically endangered right whales from being run over and killed by ships and boats in US waters.

The groups are calling for more speed limits to reduce the number of vessel strikes.

Just over half of known or suspected right whale deaths since 2017 have been attributed to vessel strikes, closely followed by entanglements in fishing gear. In just the past year, two of only 10 baby right whales born to the species were killed by vessel strikes off the coasts of Florida and New Jersey.

‘Vessel collisions with whales are not intentional, but they can be harmful to the whale, damage the vessel, and injure passengers,’ said Regina Asmutis-Silvia, executive director of Whale and Dolphin Conservation’s North American office. ‘This is a problem with a tangible solution, on which the existence of an entire species and the safety of human lives depend.’

Whale and Dolphin Conservation, Defenders of Wildlife, Conservation Law Foundation and the Center for Biological Diversity filed the lawsuit in federal district court in Washington, DC. The groups filed a legal petition in June 2012 and another in August 2020 following the second fatal right whale-vessel collision in six months.

Last January, the propellers of a passing vessel sliced through the head and mouth of a newborn right whale. He or she has not been seen again. In June, the six-month-old son of a right whale named Snow Cone was struck twice; the first injury caused serious and painful injuries, and the second blow killed him.

The agency has not responded to either petition. The petitions ask the Fisheries Service to expand the areas and times when its existing 10-knot speed-limit rule applies, to make all voluntary vessel-speed restrictions mandatory, and to apply the rule to small vessels (shorter than 65 feet) as well as large ones to avoid collisions that kill and injure right whales.

‘We need to have slowdowns in right whale danger zones just like we have lower speed limits near schools,’ said Jane Davenport, a senior attorney at Defenders of Wildlife. ‘Last year boat strikes killed a newborn and a six-month-old. Each of these tragic deaths robs the mother of her baby and the species of its future. It’s past time for the Fisheries Service to act on these common-sense speed limits.’

North Atlantic right whales are among the world’s most at risk marine mammals, with only about 360 individuals alive today. Thirty-two right whales have been found dead since 2017, and the Fisheries Service believes at least another 14 have died, or will die, from existing injuries. The agency estimates the actual number of deaths each year is likely much higher, since most dead whales sink.

The groups filed the lawsuit under the Administrative Procedure Act. The agency has 60 days to respond.