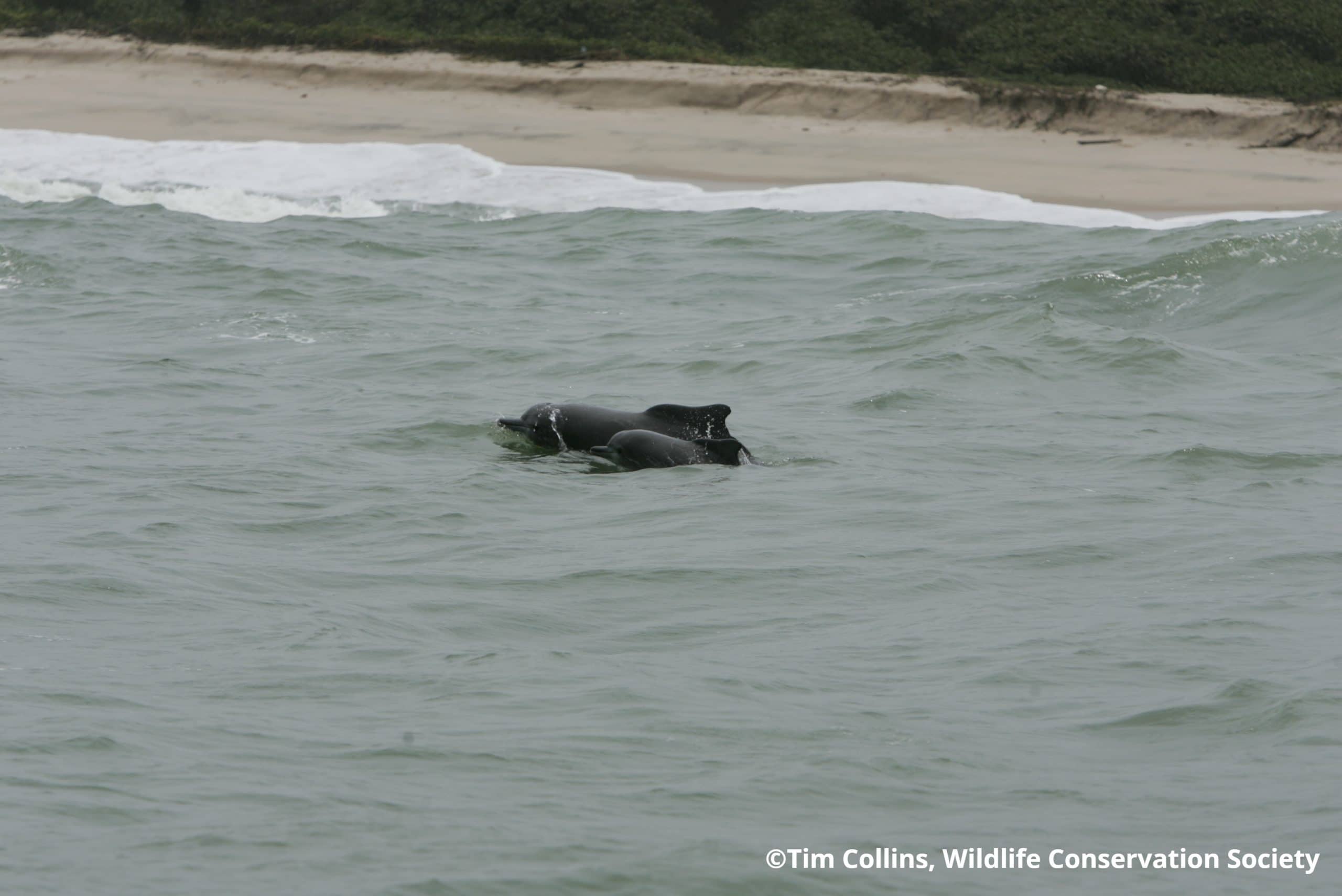 We are delighted to start off the new year with some great news for whales and dolphins - our urgent project to save the Atlantic humpback dolphin from extinction has been funded! And it’s all thanks to Bristol-based gaming content creators and long-term WDC supporters, The Yogscast.

An amazing £200k was raised through Yogscast’s Jingle Jam, an annual charity live streaming event that takes place in December on the streaming platform Twitch. Viewers could purchase the Jingle Jam 2020 Games Bundle – a bundle of 40 fantastic games donated by over 30 developers from across the globe, and in just two weeks, they raised over £2.1 million for their 12 chosen charity projects, WDC’s ‘Save a Species’ project being one of them. Recognised as the world’s biggest charity gaming event, Jingle Jam has been running for 10 years raising over $20 million for charities.

The Atlantic humpback dolphin is listed as critically endangered, as tragically, there are fewer than 1,500 mature Atlantic humpback dolphins left.  In fact they are already thought to be extinct in some areas of their former range. The only place in the world these beautiful dolphins live is along the West African coastline from Morocco in the north to Angola in the south. Although there is protection for them in several of these countries, there is an urgent need to strengthen and co-ordinate efforts to prevent the loss of this unique species forever.

They face several major threats including hunting, death in fishing nets and destruction of their homes.  But these are all issues we can solve. With the funds raised through Yogscast’s Jingle Jam, we can now urgently undertake vital field research, campaign for effective protection laws and work with local communities in West Africa to allow these amazing dolphins to recover and flourish.

Nicola Hodgins, WDC’s manager of our ‘save a species’ project says: ‘The Atlantic humpback dolphin is facing an uncertain future, but with the help of the Yogscast community we are hoping to make a real difference to both our understanding and the conservation of this amazing species. Thank-you for caring.’

The Yogscast have been fantastic supporters of WDC since 2015. They have helped fund some of our major conservation projects including our work to build the world’s first Beluga Whale Sanctuary in partnership with The SEALIFE Trust, and protecting dolphins like Yogscast’s own adopted dolphin, Honeydew (a close relative of the Atlantic humpback dolphin),  from threats like plastic pollution and accidental entanglement in fishing nets.

We want to say a huge THANK YOU to The Yogscast community for purchasing the bundle, all the games developers who supported the bundle with their games, Tiltify and Honest PR for helping us with our vital and urgent project to bring these amazing dolphins back from the brink of extinction.

Follow us on social media to learn more about the work we do protecting whales and dolphins.