‘Fungie has gone missing’, ‘Danny the dolphin believed dead’ - both October headlines announcing the departure of much–loved ‘solitary dolphins’. With these two well-known characters gone, I thought I’d take the opportunity to celebrate their lives and explore the phenomenon of the ‘solitary dolphin’. Why do some dolphins seem to choose to live without dolphin company and instead seek out human interaction, and how should humans respond? 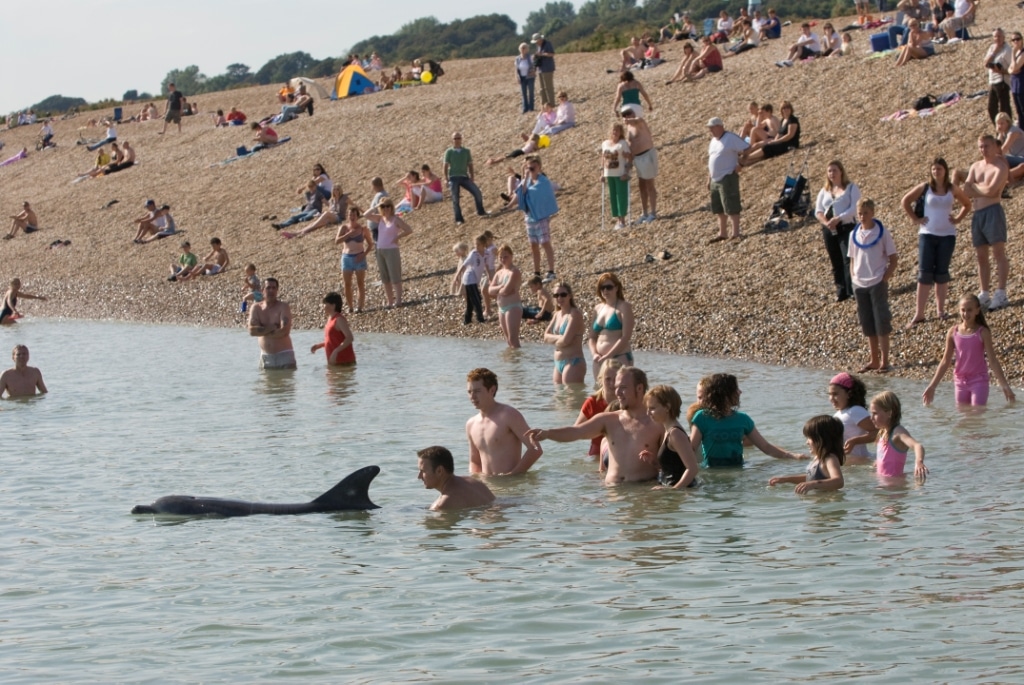 Your donation means the world to us.

You may have heard of, or even seen, Fungie. He was the solitary bottlenose dolphin who made the waters off Dingle in Ireland his home in 1984 and had lived there ever since, interacting with local fishers and tourist boats. Fungie was also the tourist attraction around whom a dolphin watching industry had been built. He’s missing, presumed dead. 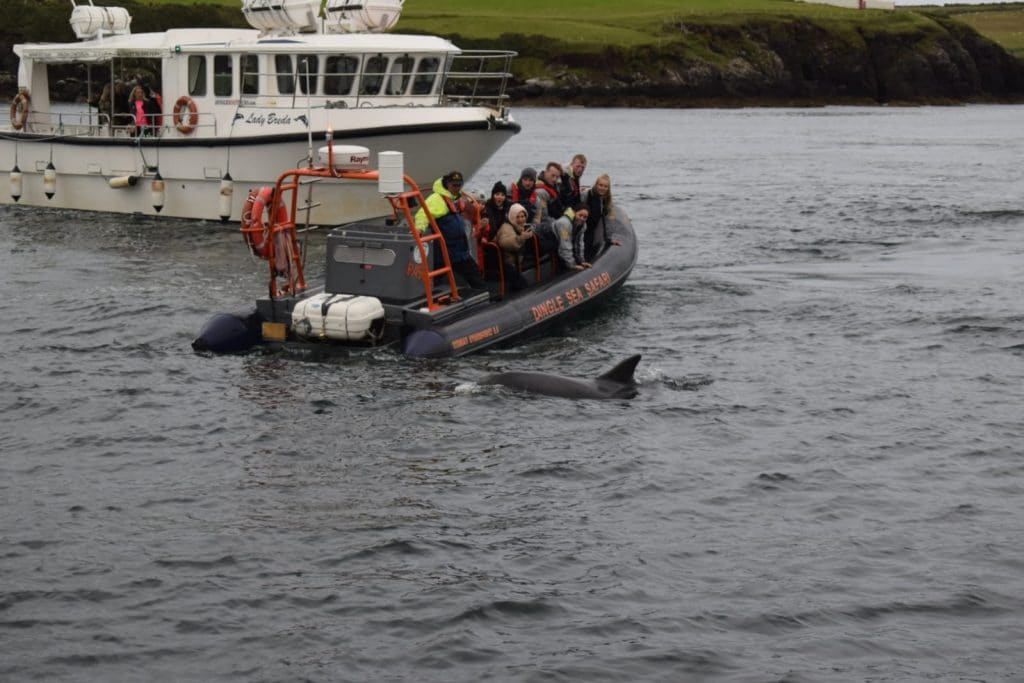 Here's Fungie with a group of dolphin watchers © Weston Gearon

Danny, another solitary bottlenose dolphin, appeared off Dorset in 2018 and stayed between Weymouth, Swanage and Poole in the subsequent years, following boats and interacting with divers. He died in October and it’s been confirmed that he was killed by a propeller. 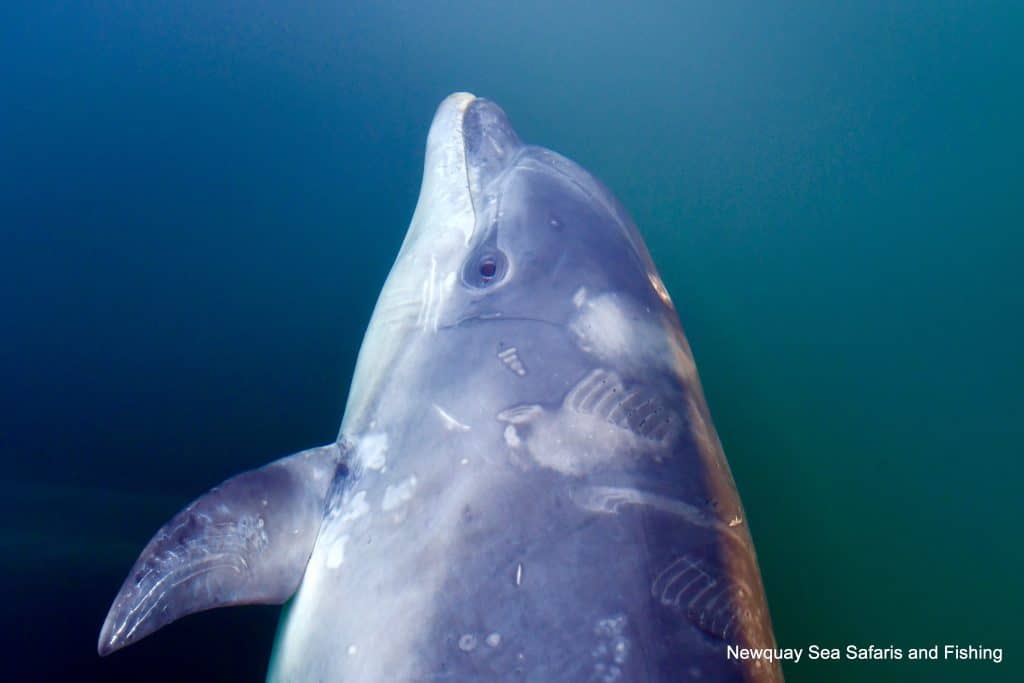 This is Danny who was recently killed by a boat propeller

It was another solitary dolphin named Dave who brought me to WDC in 2007. My first job was to observe the behaviour of this juvenile bottlenose dolphin who had made a five kilometre stretch of water in Kent her home. Dave seemed to spend most, or even all, of her time without other dolphins and instead sought the company of humans.

Like most solitary dolphins, Dave spent long periods of time in shallow waters facilitating encounters with people who swam with her or touched her. This kind of behaviour was learned and developed over a period of time as a result of interactions with people and is called habituation. Solitary dolphins go through up to six different habituation stages, from staying only in one particular area, through following boats, to becoming familiar with people who deliberately attempt to interact with them, to becoming a local celebrity and tourist attraction with lots of people interacting with them. Some dolphins then enter a stage in which they still interact with humans, but also spent time with their own kind. Very rarely, they return to their own kind for good and stop interacting with humans.

As Dave seldom swam further out than 500 metres and mostly stayed within offshore markers, she quickly became a tourist attraction. People came from all over the country to see her, to watch her swim so close to the steep pebble beach that you could almost reach out and touch her or to actually join her in the water to have that Flipper feeling of swimming with a wild dolphin. 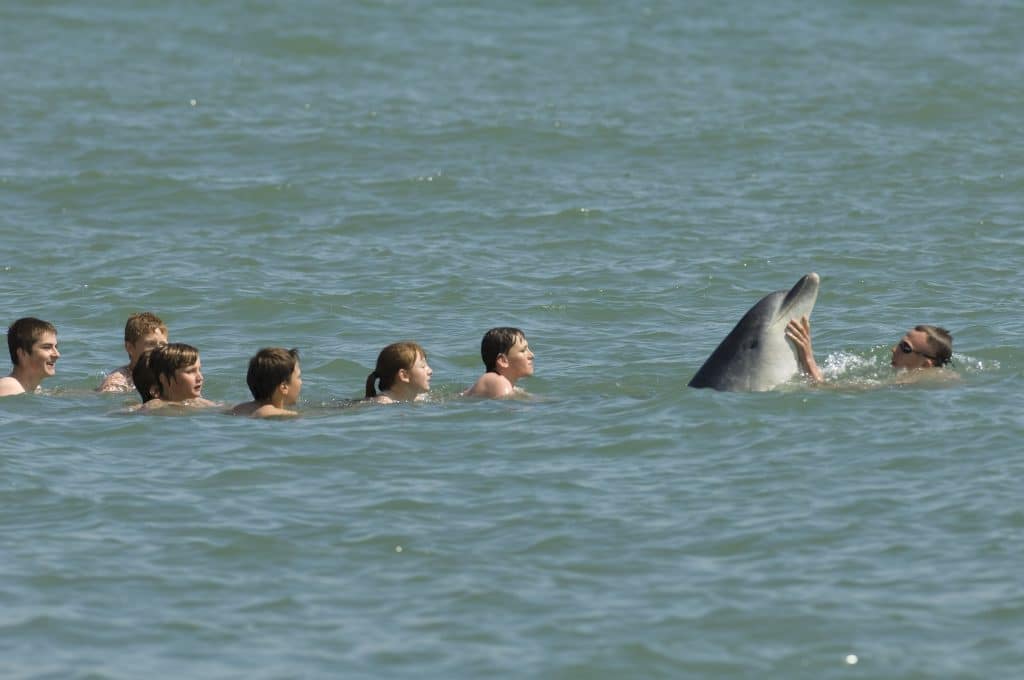 Dave with swimmers at Hythe in Kent, UK © Terry Whittaker

I spent the better part of 14 hours a day over a six week period on the beach observing her behaviour and the behaviour of the public and have seen it all (and no, I didn’t swim with her. I wouldn’t stroke the lions if I was studying lions, would I?). The habituation process had proceeded so far that she seemed to need the daily interaction with people coming to join her in the water. In some instances her behaviour became demanding and could have been dangerous for the people in the water, such as the time when she didn’t let a young child swim back to the beach by repeatedly cutting him off and pushing him further away from the beach. Eventually, a dingy was launched that safely brought the boy back to shore.

At the end of that summer, Dave lost a large part of her tail and had monofilament fishing line and a hook embedded in her dorsal fin. It is not clear if she survived this wound, as she went missing soon afterwards. 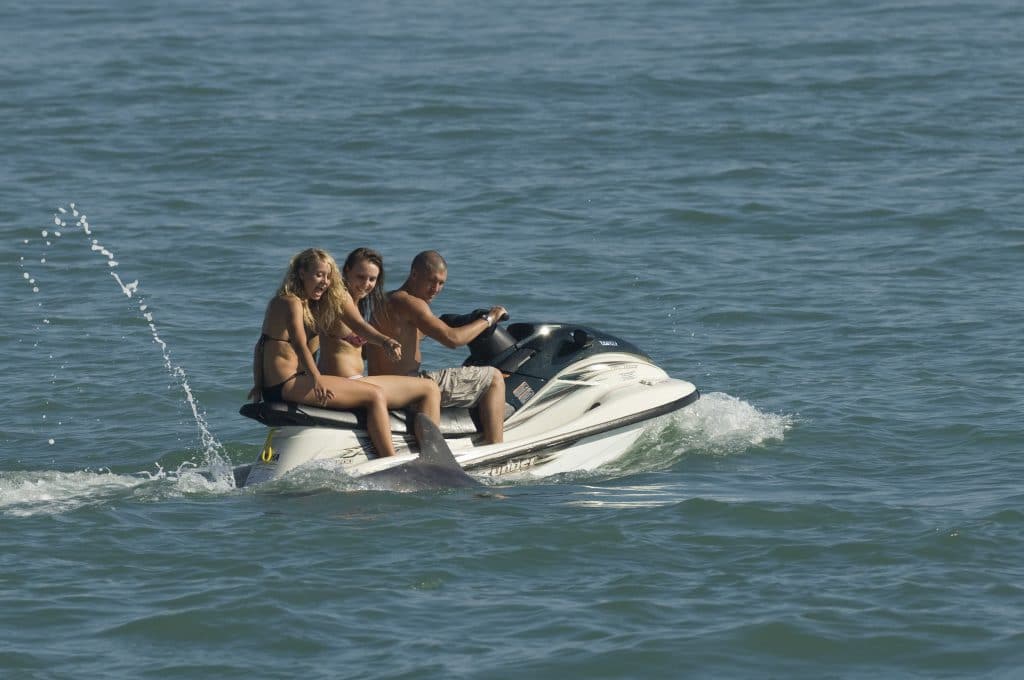 Humans are a real danger to these solitary dolphins © Terry Whittaker

This scenario is common for most solitary dolphins and their occurrence is not as rare as you might think. Since Dave in 2007, some 34 sociable solitary dolphins of various species have been recorded around the world, including common dolphins, belugas, striped dolphins and orcas. Sadly, only 11 are still alive today. It seems to be a recurring theme that they lose their lives because of our careless behaviour around them, but also their own risky behaviour, as they all seem to develop a fascination with propellers and an inclination to stay in polluted waters busy with boats and fishing nets.

Fungie was a clear exception to this and he was a remarkable dolphin. He stayed in Dingle for 36 years, choosing the company of humans for the most part, though teeth rake marks on his body showed that he did interact with his own kind, although he never chose to swim away with them. He was considered an old dolphin, as he was already an adult when he appeared in Dingle all those years ago.

There are many different theories behind the existence of solitary dolphins (or whales). It is not clear whether this solitary lifestyle is through choice or circumstance. It might have to do with food availability or predator disturbance. Perhaps the dolphin left the family group to find a mate somewhere else, or were left alone after the loss of a mate or companion. Rough seas or bad weather might lead to group separation – individuals may be lost to the group and may become solitary as a result. It may be a consequence of events in their life history that we can’t know. In bottlenose dolphins, at least those belonging to large populations, both sexes leave their natal group as sub-adults between four and 10 years old. Males also travel to mate with females of neighbouring communities. Another theory is that these dolphins are social outcasts, those with behavioural problems, or a disability or hearing problem. 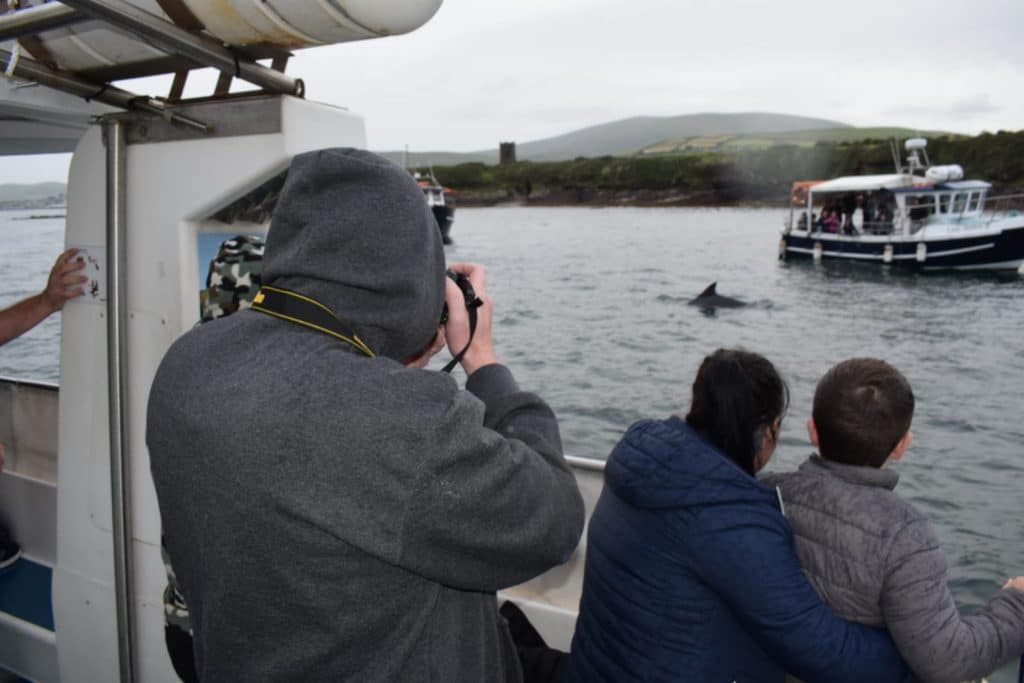 I was fortunate enough to see Fungie some years back, from a cliff top near Dingle. I watched him frolic between three boats, jumping out of the water, disappearing under the boats and surprising everyone with a leap from an unpredictable position. By this time, people had stopped trying to swim with him, as he had made it clear that he didn’t tolerate people in the water with him. He liked boats and only boats.

In comparison to Fungie, Danny was young, estimated at around 12 years of age. He should have had his whole life still ahead of him but his lifestyle and human behaviour around him led to his early death and that makes me very sad. We’ll probably never know for sure why some dolphins seem to choose this life but I hope we will learn to treat them with respect and act appropriately around them to keep them safe. Here’s to Fungie and Danny and to Dave, the dolphin to whom I owe my career.

We work hard to protect dolphins from human disturbance

You can help us keep dolphins safe with a donation.