We’ve been thrilled to share happy news with you recently about our work to end captivity. Those two awesome belugas, Little White and Little Grey have been exploring their new sanctuary home and France is ending whale and dolphin captivity. These stories have shone some light into these difficult times.  But sadly things are not so positive for captive dolphins and whales in the US and Canada and our End Captivity team has been busy over the last few months. 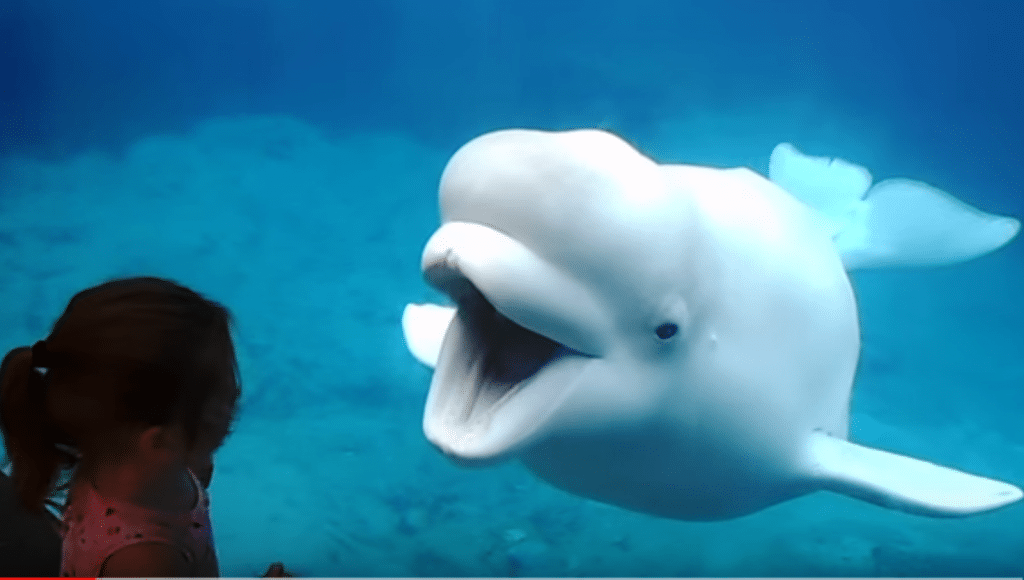 A beluga at Mystic Aquarium

In 2019, Mystic Aquarium in the US state of Connecticut applied for federal approval to import five belugas from MarineLand under a research permit, for a programme conducted jointly with Georgia Aquarium.  Conditions at MarineLand are notoriously horrible for the whales and dolphins held there, with more than 50 belugas packed into crowded tanks and a lone orca, Kiska, who has been without any other orca companionship for years.

While a move to the US would remove the belugas from conditions at MarineLand, we still had serious concerns about the import request and moving individuals: the process can be incredibly stressful, can disrupt social bonds, and they would still face a lifetime in a tank. WDC and our partners raised these concerns and others with the US government. We requested the permit be denied or, at the least, require that Mystic and Georgia Aquarium align with the conditions of the new ban on captivity in Canada: no captive breeding, and no entertainment or tourist interaction programmes.

The US government has approved the request, but did add conditions that the belugas cannot be used for captive breeding or performances.  While we’re glad the government listened to us and incorporated our input into this permit, these belugas still face a lifetime in a tank.

Meanwhile, our work continues in Canada to ensure that these conditions are upheld in the export permit and any additional movement of whales and dolphins has the same conditions – no breeding and no exploitation for entertainment.

Next: a captive baby boom

In August, calves were born at the Shedd Aquarium in Chicago to two belugas and a Pacific white-sided dolphin.  One of the belugas, Naya, gave birth to twins, an incredibly rare event for marine mammals.  Sadly, one calf was stillborn, and the second, who was premature and significantly underweight, died two weeks later.

Twins are very rare, but not unheard of, for marine mammals.  Whale and dolphin mums put a lot of time and energy into growing and caring for their offspring during gestation and their early years of life and just one new baby puts a big demand on resources.  In the wild, there are two known possible instances of twins in orca populations – one in the Northern Resident community off the coast of Vancouver Island, and one in Antarctica.  Since births in the wild are rarely observed, it’s hard to confirm if the babies are twins or if the orca mothers adopted the young of another member of their group. We usually love news of adorable baby whales, but sadly these little ones face a life very different to their wild counterparts.

We know we can’t end captivity overnight so we are in this for the long haul. We need facilities that hold whales and dolphins to commit to a gradual phase-out of captivity, beginning with a commitment to stop capturing individuals from the wild and stop captive breeding and trade, making this generation in tanks the very last. We also want a commitment to end the shows and human interaction programmes. And our hope is that The Beluga Whale Sanctuary in Iceland provides a model for a better future for individuals held in tanks, while we work to end the cycle of captivity worldwide.

Your donation, whether large or small, will help us end the cruelty of captivity for whales and dolphins.