16th June 2022
A humpback whale and her calf have managed to escape after becoming entangled in a...

13th June 2022
According to local reports, fishermen in Norway ate meat from a long-finned pilot whale after...
Load More 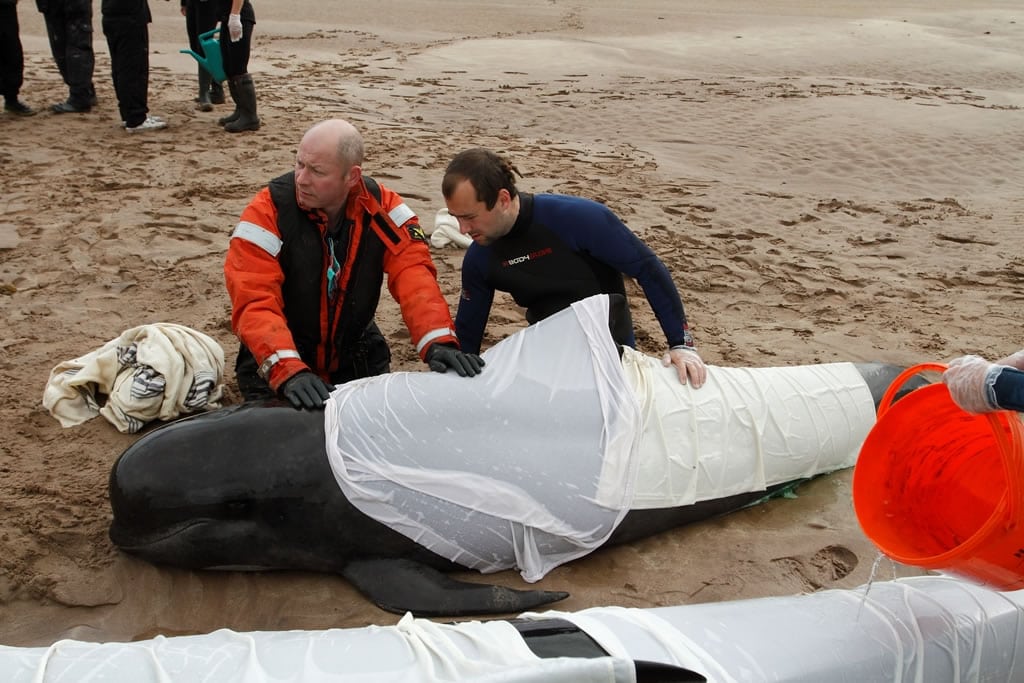 WDC has joined calls from conservation groups and actor Joanna Lumley for wind farm developers to reconsider how unexploded WWII bombs are detonated at sea during clean ups to make way for offshore turbines.

It is thought that around 100,000 tonnes of unexploded wartime munitions still sit on the ocean floor in UK waters but the traditional way of blowing up these bombs on the sea bed using explosives can cause harm to whales and dolphins.

The blasts can cause injuries but can also damage their hearing and affect their navigation and communication within their groups. This can lead to stranding on shorelines.

A preferred method for dealing with these bombs is the much quieter 'low order deflagration', a process developed by UK company Alford Technologies that ignites the unexploded bomb's contents without actually setting it off.

'It’s crazy to me that wind farm developers — aided by government regulations that are far too relaxed — are able to just blow up bombs that are left over from the Second World War,' said Ms Lumley.

‘Explosions resulting from detonated ordnance can have a devastating impact on whales and dolphins, says WDC’s policy manager Sarah Dolman. ‘Scientists calculated that detonations in the North Sea are injuring and possibly killing thousands of porpoises every year. Where safety allows, deflagration should be used.’

According to some estimates, a detonation may cause up to 60 marine mammals to lose their hearing. At present, some 50 such explosions are unleashed in British waters each year — a figure likely to rise as demands for wind farm construction increases.

In 2011, 19 long-finned pilot whales stranded and died at the Kyle of Durness, Scotland, after they entered the bay at high tide. The report into the stranding concluded that bomb disposal operations in the area in the days leading up to the tragedy were likely to have caused the whale strandings.

24th June 2022
As feared, whale hunters in Iceland have slaughtered at least two fin whales, the first to be killed in four years. Hopes remain that the...

16th June 2022
A humpback whale and her calf have managed to escape after becoming entangled in a shark net off the coast of Queensland, Australia. In the...

13th June 2022
According to local reports, fishermen in Norway ate meat from a long-finned pilot whale after the unfortunate creature became entangled in their fishing net and...
Load More