Covid-19 appears to have been born out of the cruelty of keeping live animals in a Chinese ‘wet market’. Its impacts have been devastating for humans and it’s proving disastrous for other species too. While some people have reconnected with nature during the pandemic, others have used the chance to destroy wildlife in ever greater numbers.

You might have read the BBC story about Norwegian whaling industry claims that domestic demand for whale meat has risen during Covid. It reports that ‘... This summer, Norwegians who would usually have travelled to Italy and Spain have instead headed north to places in Norway like the Lofoten Islands...’  where they have, according to some sources, been trying whale meat.

Let’s take a look at the real history of Norwegian whaling and consumption of whale meat. 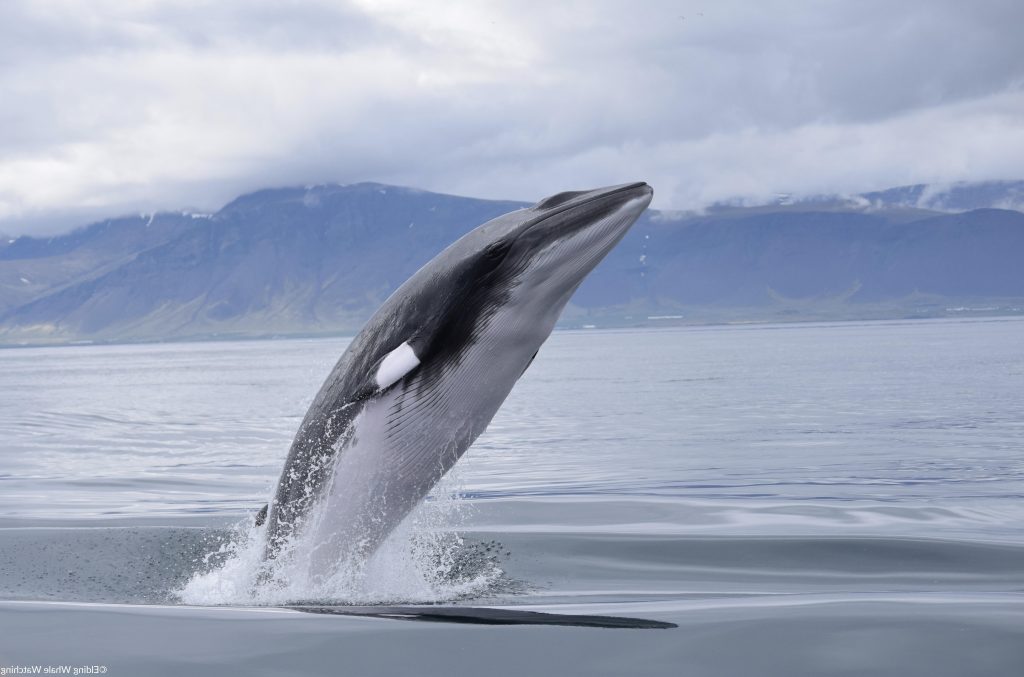 Whale hunts have to stop. Please donate to help us keep fighting.

Norway may cite cultural reasons for flouting the global ban on commercial whaling but the reality is that, as in Japan, it’s always been about politics, money and a perverted sense of ideological nationalism.

Whaling and whale meat have never been part of Norwegian culture or tradition.

Norwegian minke whaling only began in the 1930s, with whales pursued by seal hunters that had reduced many populations of seals around the Norwegian coast. Even Svend Foyn, regarded as the father of modern industrial whaling, had started out in seal hunting. Killing seals had proved highly profitable but on occasion, the seal hunters of the region opportunistically tried to kill whales and in 1849, Foyn himself landed a whale.

It was never about feeding people, it was about the money to be made from whale oil.

The whales killed by these early whalers were not caught for meat to feed people, but predominately they were killed for their oil. Foyn helped set the standard for the behaviour of later whaling interests by manipulating his political contacts to exempt his hunting from an 1863 law introduced to protect fishers by prohibiting whaling in herring fjords.

Foyn petitioned the Norwegian government to intercede further on his behalf and in 1873 he was granted a charter for the next ten years giving him exclusive rights to whaling in North Norway and he became whaling’s first multimillionaire.

But many Norwegians did not want whaling from their coasts. The people of the town of Vadsø complained that Foyn and his whalers were driving off the local fish.

However, by 1882 Norwegian seas had already seen too much whaling and populations of blue, fin, humpback, right and sei whales were under pressure. This early example of commercial whaling destroyed whale populations but market forces encouraged the Norwegian whaling companies to expand beyond northern Norway.

Facing a diminishing supply and poor oil prices Norwegian whaling companies bandied together in the closing years of the 19th Century to defend themselves from criticism; to fight for better oil prices and oppose what they saw as heavy handed government regulation. The ‘Norwegian Whaling Association’ was formed in 1890 as a whale oil sales body.

In 1902 a Norwegian Whale Protection Committee was established by fishers in northern Norway who petitioned Oslo for a total ban on whaling following a third year of fisheries collapses. In June 1903, 700 fishers stormed one of the whaling stations, destroying it completely. The Norwegian press spoke of potential escalating conflict and even the sending of troops failed to quell the demands of the local people.

Faced with overwhelming criticism and such violent direct action the Norwegian government passed a Bill that stated that from 1st February 1904 all whaling was banned in Norwegian territorial waters in the country’s three most northerly counties. In practice whaling companies were allowed to continue activities through 1904 to wind down their operations. The whalers also received compensation for whales that they did not catch, despite having wiped out most of the whales in the region. A point not lost on the unhappy local fishers.

Even when whaling was successful, food was not the driving force for Norwegian whaling.

In the early 1880s experiments were carried out in canning whale meat, and like today’s attempts to make whale meat appealing to new markets, there were even promotions in Oslo to introduce Norwegians to the consumption of whale meat.

In 1909-10, 63.3% of the world’s whale oil came from Norway and this rose to 77% in 1912-13.  In 1907 whale oil was hydrogenated for the first time and in 1910 supplies began to German factories though it was kept a secret, as it was feared people would disapprove of whale products in foodstuffs.

After overhunting had caused the collapse of coastal whale populations, Norwegians were happy to see whaling move to the Antarctic, but the First World War brought about pressure to resume whaling off the Norwegian coast.  In 1918 the Norwegian government issued subsidies to start whaling from six whaling stations along the coast. The first whale was killed on 18th January 1918 and the next three years saw 1,874 whales slaughtered and 46,400 barrels of oil produced.

With the commencement of the Second World War, Britain tried to restrict whale oil supplies from Norway to Germany by setting a quota on the amount of oil that Norwegian companies could land in Norway (50,000 tons). Germany made a counter proposal and even offered Norway armaments in exchange for oil and hydrogenated fats.

Norway tried to ingratiate itself with both sides, negotiating trade agreements with both Britain and Nazi Germany. Germany supplied anti-aircraft guns as part of the deal, but this was of no consequence as German troops invaded Norway on 9th April 1940.

Throughout the war in all oceans around the Norwegian Sea whaling was brought to a halt except for a very limited hunt of small whales (including minke whales) off the Norwegian coast, a practice that had started at the beginning of the 1930s.

During this period, hunters applied to the Norwegian authorities to be allowed to target larger whales and some concessions were granted but illegal kills also rose in number. Just like they have during Covid, the Norwegian authorities stated that they believed the war required a relaxation of the rules and subsequently reduced the size restrictions on killing blue whales (to 65 feet) and sperm whales (to 25 feet) and the ban on hunting humpbacks (banned by the 1939 London Agreement) was lifted.

In May 2020, in a similar move and in an attempt to stimulate more whaling, Norwegian authorities relaxed regulations to allow inexperienced fishers to begin whaling. Minister of Fisheries Odd Emil Ingebrigtsen stated the ‘reason for the changes is that the whaling industry is in a difficult situation’  noting that fewer boats participate in hunting and fewer whales are killed in an industry with diminishing profitability. In 2019, 10 whaling ships went out and killed 429 minke whales out of a total self-allocated quota of 1,278.

A minke whale is hauled aboard by hunters

The lack of sales up until Covid, despite multiple marketing attempts, is a product of dwindling interest in eating whale meat in generations that don’t associate whaling with being Norwegian or believe the rhetoric of their leaders. In fact, much of the meat was eaten by tourists visiting Norway; eating whale in tourist restaurants or on cruise ships in the misguided belief that they were experiencing Norwegian ‘culture’.

Whale for sale in a tourist restaurant in Tromso

One thing the BBC story does get right is that with all the subsidies that the Norwegian government has thrown at whaling, it seems you can still emulate Svend Foyn and get rich from whaling. The median salary in Norway is reported to be 661,000 Norwegian Krona (NOK), that’s about £56,100 or US$72,750 at today’s exchange rates.

The BBC reports that whaling rewards the cruelty inflicted with the potential to earn 1.6 million NOK (£140,000/ $180,000) a year. It seems killing an intelligent being can make you rich by most people’s standards. Despite this, whaling has been failing up until this blip.

Don’t believe the marketing hype. Whale meat was never a tradition in Norway and never a cultural staple. If you eat whale meat in Norway as a local or as a tourist, you are not maintaining a form of Norwegian culture and when we finally get through Covid, it will be interesting to see if Norwegians finally stop selling or buying the whaling myth and join the rest of the civilised world in condemning whaling to history – even if it’s just recent history.

Whaling is devastatingly cruel. Your gift, whether large or small, will help us stop the slaughter.