News that Shinzo Abe is stepping down as Japan’s prime minister could be another nail in the coffin for the country’s whaling industry. It offers the Japanese government a rare opportunity to press the reset button on a practice which costs it dearly, in subsidies and international reputation. 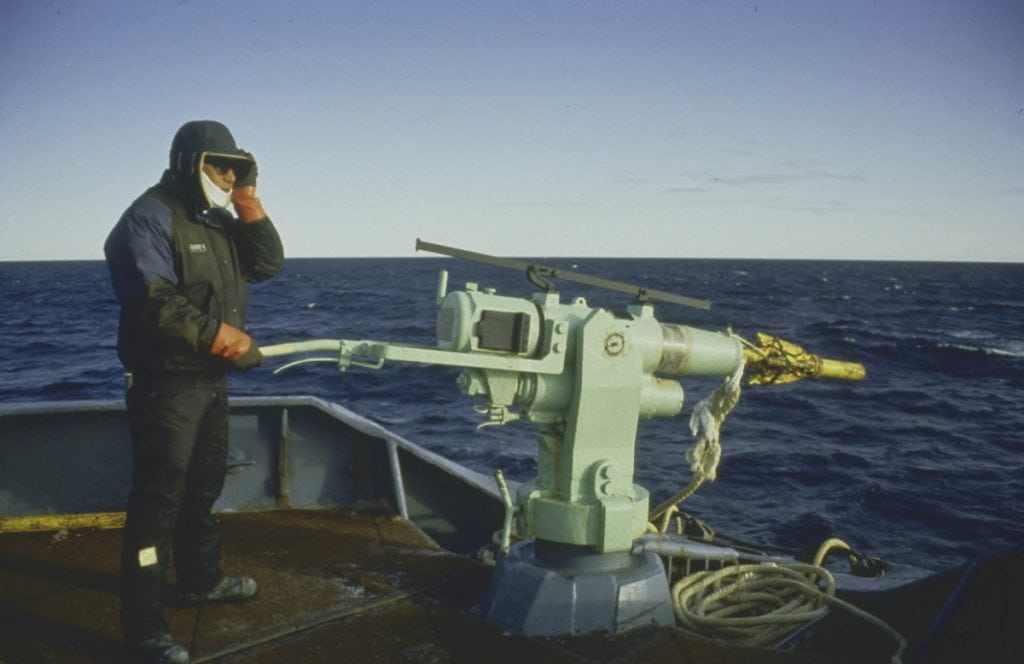 If you are able to make a donation, it will help us stop whaling.

During his leadership, Abe has sought to wrap whaling in the flag of domestic nationalism to help consolidate his power in the ever-present factional infighting of the Liberal Democratic Party (LDP) within Japan. He has close family links with whaling, and his parliamentary constituency includes Shimonoseki where Japan based its so-called ‘scientific whaling’ fleet of factory ships. He has used whaling to ‘evidence’ his leadership capabilities and ability to be a strong and decisive figure, reflecting his commitment to the Japanese concept of kimerareru seiji, or the ‘politics of decision’, in his campaign to counter criticisms that Japan has suffered from weak political leadership in the past.

As noted by the Japan Times, ‘Apart from [a few] brief interval[s], the LDP has been in power since it was formed in 1955, and every time it picks a new leader internal factions vie for power.’  Observers have noted that nationalism has been a significant political rallying call employed by Abe and others in his inner-circles to enrich their political status.

Even though whale meat consumption in Japan has reduced dramatically, the whale as a political totem remains significant for a few older individuals in the Japanese government and civil service.

In 2016, the BBC reported that Junko Sakuma, a researcher on Japanese whaling, noted that “…the answer lies in the fact that Japan's whaling is government-run, a large bureaucracy with research budgets, annual plans, promotions and pensions.  If the number of staff in a bureaucrat's office decreases while they are in charge, they feel tremendous shame.

“Which means most of the bureaucrats will fight to keep the whaling section in their ministry at all costs. And that is true with the politicians as well. If the issue is closely related to their constituency, they will promise to bring back commercial whaling. It is a way of keeping their seats."

Despite Abe’s support for whaling, consumption of whale meat in Japan declined by almost 99% from 1962 to 2017, when government data shows less than 4,000 tonnes were eaten, equating to the mass of about half an apple per Japanese person.

The domestic power of the whaling block within the Japanese Ministry of Fisheries should also not be underestimated. When it comes to fisheries aid, Japanese policy has been that Japan should receive a material or political benefit for any overseas aid that it gives. But work by academics suggests that the Fisheries Ministry, rather than the recipients and the Japanese public, has been the main beneficiary of an aggressive fisheries-related overseas development aid policy, within the context of the Japanese government solidifying its rhetoric around a distinctly nationalistic agenda.

It’s believed that this coalition of nationalistic pro-whaling interests, alongside the US’s signalling that international conventions ‘no longer mattered’ with its withdrawal from the Paris Agreement, led to the domestic political environment in which Abe felt confident enough to lead his government out of the International Whaling Commission (IWC, the body that regulates whale hunts) and Japan’s whaling ships out of the Antarctic (for now). The decision appears to have been a surprise to many of Abe’s cabinet and to the Japanese research scientists who had been involved in the years of so-called ‘research whaling’.

The Japanese government had argued for years that its much-condemned Antarctic whaling was absolutely necessary, but the rebuke of this hunt by the International Court of Justice (ICJ) in 2014 as ‘not being for the purposes of science’, was an unexpected slap in the face.

Faced with such forthright legal and scientific criticism in a forum that they could not manipulate (the Japanese government has long been condemned for its recruitment of supporters within the IWC through financial incentives), the Abe administration sought to avoid such shame again, by withdrawing Japan from the future jurisdiction of the ICJ on all fishery and marine resource issues.

So, what is the future of whaling in japan under a new prime minister?

As the BBC noted in 2016, ‘…Japan's determination to continue whaling may come down to a handful of MPs from whaling constituencies and a few hundred bureaucrats who don't want to see their budgets cut’.

Abe’s Liberal Democratic Party continues to enjoy majorities in both houses of parliament, while the opposition remains weak and fragmented.  However the popularity of Abe’s cabinet has nosedived from over 70 per cent in 2013 to the low 30s today. There are currently seven LDP factions to which most parliamentarians belong, with the exception of those who run their own small groups or prefer to remain independent. No unaffiliated LDP parliamentarian has ever been elected as president.

There are believed to be several potential candidates whose names regularly appear in the media, but Prime Minister Abe and LDP Secretary General Toshihiro Nikai will be the most influential in steering the LDP’s choice in picking Abe’s successor  - so maybe the whales will not be the winners in any forthcoming election, but we can hope that, whoever it is, relived of Abe’s personal link to whaling, they may be able to steer Japan away from whaling over time.

Will you make a donation to help us keep fighting to stop whaling?