As I headed up north to begin my 2020 summer fieldwork season here on the Isle of Lewis in the Scottish Outer Hebrides, I knew that fieldwork ‘in the time of COVID’ was going to be different but how and to what extent, I wasn’t sure. Thankfully, I have been very pleasantly surprised, and the Risso’s dolphins have been more than welcoming and seemingly eager to please.

We’ve been studying the Risso’s who use these waters since 2010 with the aim of learning more about this little-studied species and ensuring long term protection for them through the creation of a marine protected area (MPA).

My field season started well with a huge pod of over 100 common dolphins coming to join the ferry on our way across to the islands. Add to this two feeding humpback whales and I was one happy researcher, filled with positivity for a good few weeks ahead.

Unfortunately, the weather had other ideas, and for the next wee while I was either stuck indoors at my computer or bracing high winds and looking out to sea from the clifftops, wistfully wondering what was happening out there and hoping to get on the water as soon as possible. I had several sightings of Risso’s dolphins from up on high so I knew they were around – getting to them was another matter.

As the saying goes, ‘patience is a virtue’, and before long my patience had paid off, the weather improved dramatically and the islands were bathed in sunshine and a gentle breeze – which in these parts is welcome as it keeps the midgies at bay!

What followed was almost two weeks of the most spectacular fieldwork I think I’ve ever experienced. Without fail, on every trip out to sea, I found Risso’s dolphins. Mothers with their young calves, large groups of boisterous males, loads of familiar fins that I’ve catalogued in previous years – still hanging out with their friends from previous years – and despite their propensity to be ‘boat-shy’, many of the older individuals (many known to me from previous years), came over to the boat, swimming underneath us, surfacing within metres and eye-balling me to say ‘hello’!

One day in particular we had a large group of around 30 dolphins stay with us for almost two hours, surfacing in synchrony, playing in our wake and giving me the impression that they had adopted our boat as one of their own. Pure and unadulterated joy for me and, it would seem, for them!

I would be doing all the other whales and dolphins we encountered a disservice if I didn’t also mention them. On two occasions pods of the elusive white-beaked dolphins joined our research vessel, bow-riding and generally just enjoying the ride. One of my all-time favourite species is the common dolphin and I encountered them on this trip in abundance. Huge pods frequently accompanied us and one day there were over 200 individuals and the water was positively bubbling with them. They were bow-riding at the front of the boat, breaching and bringing a smile to my face that took a long time to fade. Common dolphins are such amazing individuals, it doesn’t matter how often I see them, I can never get enough. They seem just so full of joy and I’m sure that they are loving every minute of life. When I die I want to come back as a common dolphin.

Whether the lack of human activity on the water due to coronavirus restrictions and lockdown has made a difference to the whales and dolphins we’ll likely never know for sure but this was most definitely a bumper year for my beloved Risso’s dolphins with a huge number of sightings being reported around the UK coasts. Speaking with some of the local fishers they tell me that octopus – Risso’s main prey – are in abundance, in fact possibly in numbers never seen before, so that’s likely the real reason that they’re making the most of still relatively quiet waters and filling their bellies. 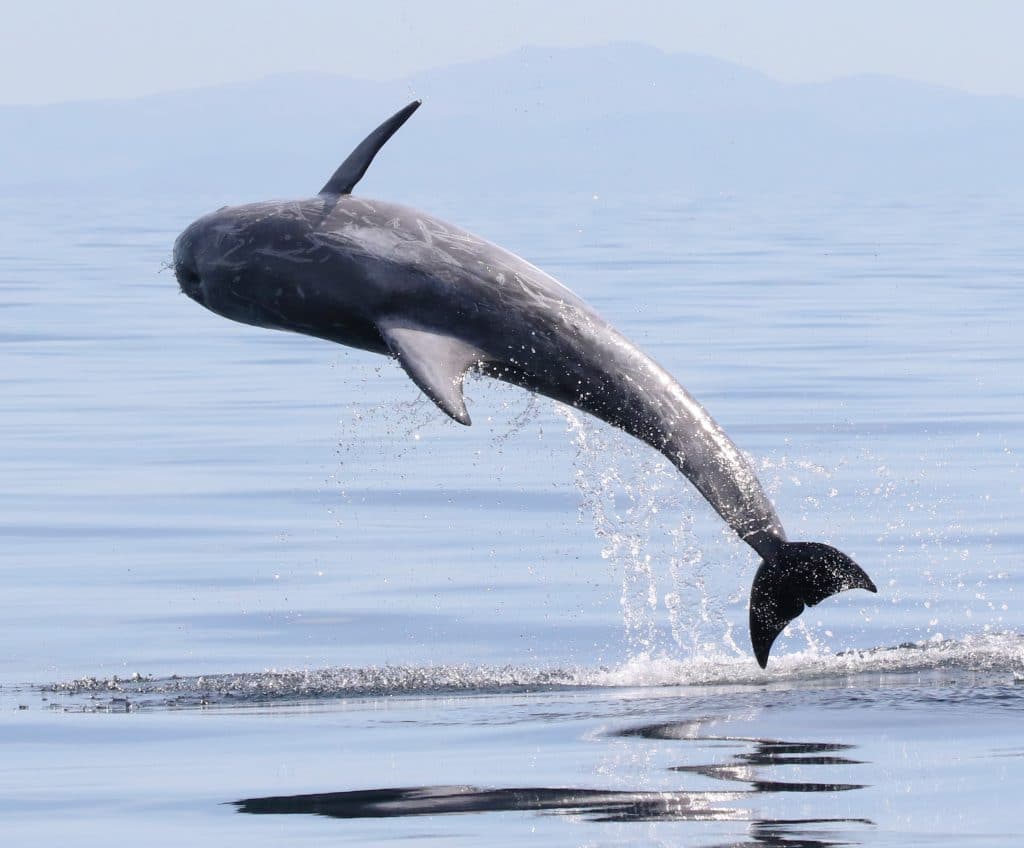 With so many encounters I’ve collected a huge number of photographs of distinctive dorsal fins. This will allow me to identify known individuals and catalogue new ones which is hugely important for our research and for getting long term protection for the Risso’s dolphins who call these waters home. 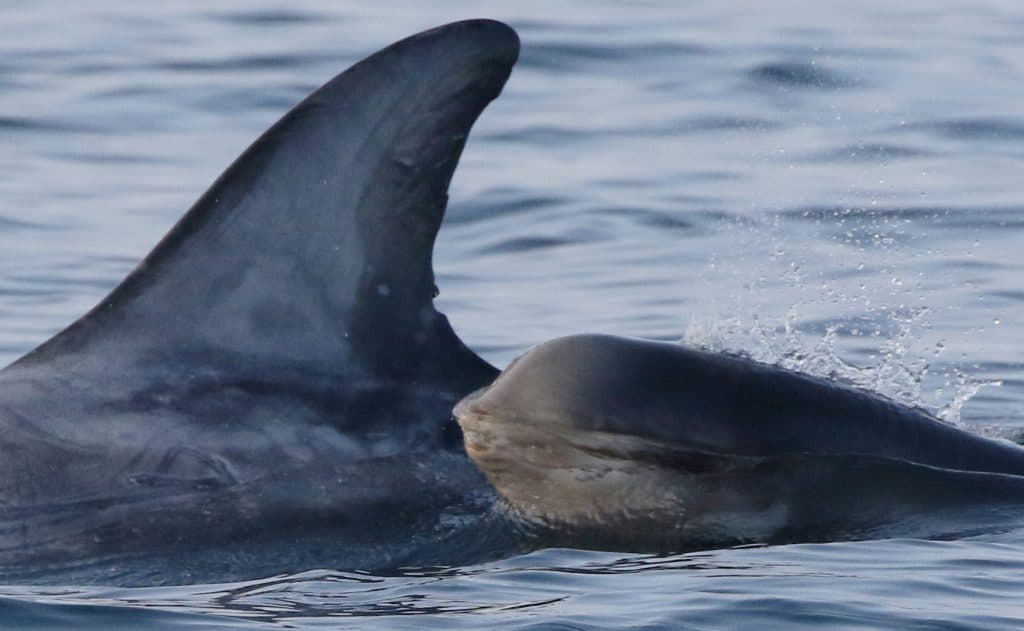 This year has been a brilliant one for building the evidence that demonstrates how important this area is to these dolphins. In fact it’s what we scientists call ‘critical habitat’. The same individuals return year after year and bring their newborn calves and my photographs prove that.  Ultimately, this knowledge will help us to protect them.

What a magical time to be on the water. I feel incredibly privileged so it is with a heavy heart that I pack away the cameras and say ‘goodbye’ to the islands but I’ll be back in a few months for our winter survey and until then, I’ve got thousands of images to sort through, data to analyse and many happy memories to keep me going.

Every gift, whether it's large or small, will help us protect dolphins and whales wherever they need us.