Whale and Dolphin Conservation is a founding supporter of the Natutama Foundation. Natutama works in the Colombian Amazon developing important and often ground-breaking conservation and education projects with communities to protect dolphins, manatees and other wildlife.

Natutama means ‘everything under the water’ in the Amazon Indian Ticuna language. The Natutama Foundation and the Amazon indigenous communities work together to protect their culture and local wildlife. Children are an important focus of education work, building a culture for conservation in the region.

Sarita Kendall is one of Natutama’s founders and in her guest blog, she describes the challenges of working with the community of Puerto Nariño, an isolated, village on the banks of the Amazon which, like the surrounding forest, floods during high water season. 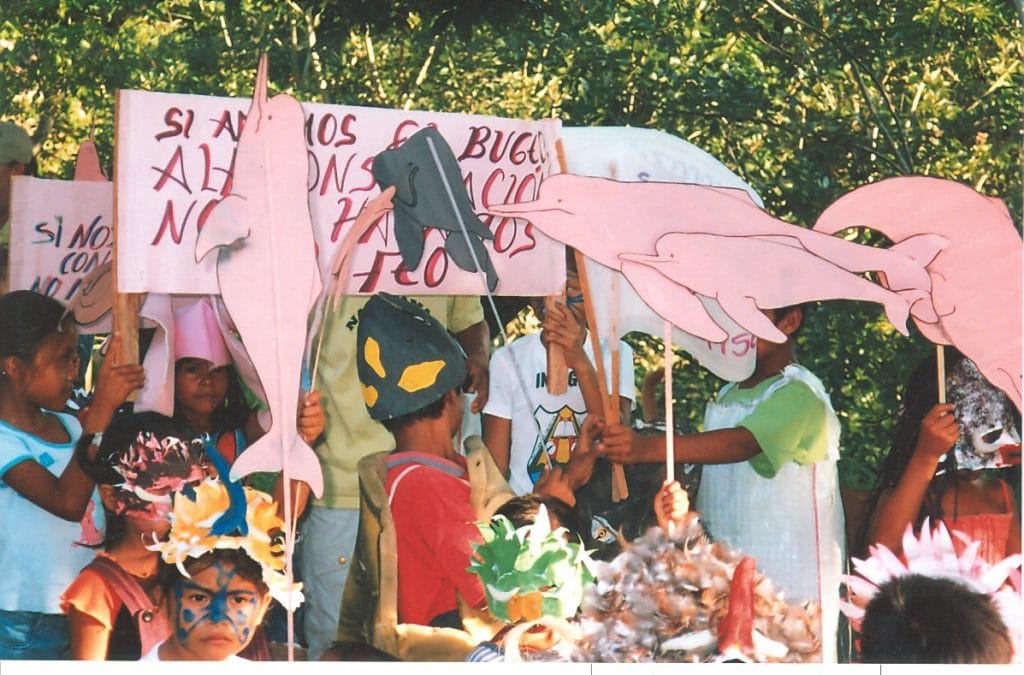 The Amazon is home for many rare and beautiful creatures including pink Amazon River dolphins, turtles, manatees and unique species of plants and trees. This central Amazon region is a key area for the protection of biological and cultural diversity for the future. There are no roads to Puerto Nariño and so the rainforest and rivers are better preserved here than elsewhere.  In fact, the whole region has huge potential to be a globally important protected area or reserve.

We and WDC are concerned about the plight of endangered Amazon River dolphins and the rivers, lakes and flooded forest environments they call home. These pink dolphins are the subject of indigenous stories and myths where they appear as shapeshifters who live in underwater cities and are able to infiltrate human communities unrecognised. 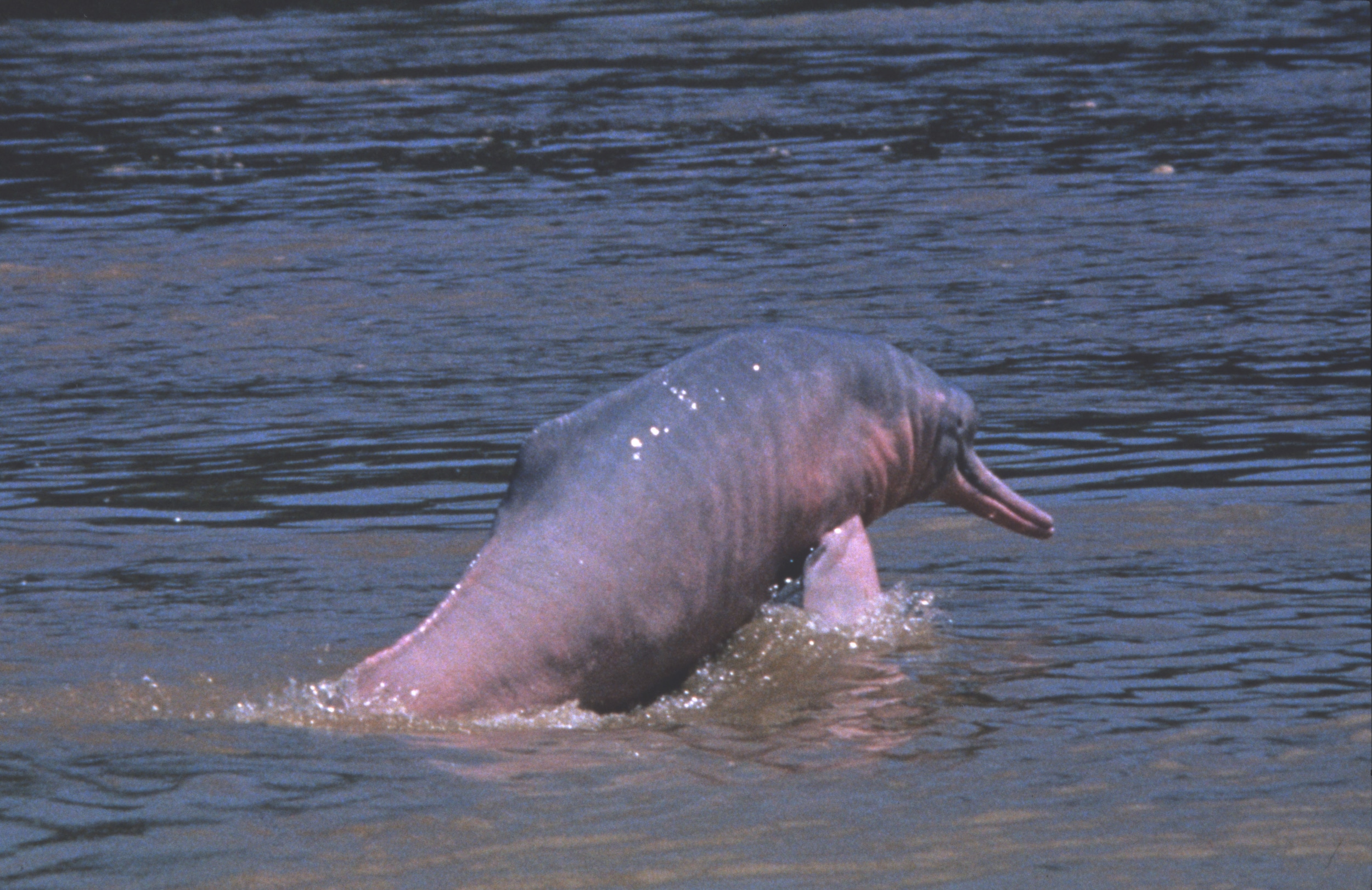 However, despite their legendary status, throughout the Amazon dolphins are increasingly perceived as hungry predators taking the fish from fishers’ nets. As a result, they are persecuted. Now an endangered species, Amazon River dolphin populations are decreasing in many areas as people hunt them to use their meat as bait for catching fish.

Our venture in the Colombian Amazon has shown us that working with communities brings enormous benefits but it is far more difficult than it sounds.

Back in 2005, WDC provided the funds for us to build our Natutama Interpretation Centre. We had already established two indigenous teams, one made up of educators and artists and the other consisting mainly of fishers. The fishers are ideally placed to carry out wildlife monitoring and conservation work from their canoes; they focus on river dolphins, manatees and other species living in nearby rivers, lakes and the flooded forest. 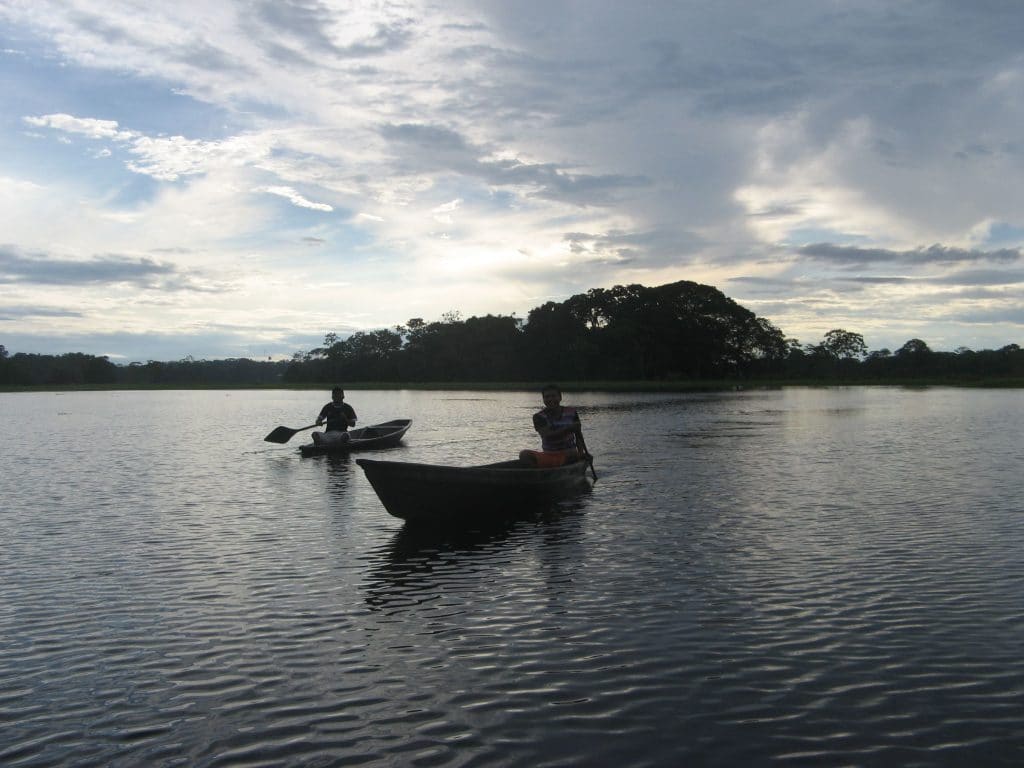 By the time we felt ready to build the Natutama Centre, run by indigenous guides, we had been consolidating our work in the Puerto Nariño area for seven years. This shows the level of commitment needed – community work is a long term process, with many highs and lows along the way. We thought of ourselves (Natutama was founded by three women - two Colombians and myself) as mentors and guides who would eventually become redundant. We have different backgrounds – an ecologist, a biologist and a geographer – and different qualities, all of which helped to enrich the process. We were not pursuing scientific careers and writing PhDs with our own agendas, so the goals could be set in community terms.

The species we monitored most closely were considered to be problematic or endangered by the local community as well as by scientific criteria. Each required a tailored strategy, always worked out with the fishers and community elders. Everything has been woven into our education-conservation programme in schools, the interpretation centre and surrounding river and rainforest communities. 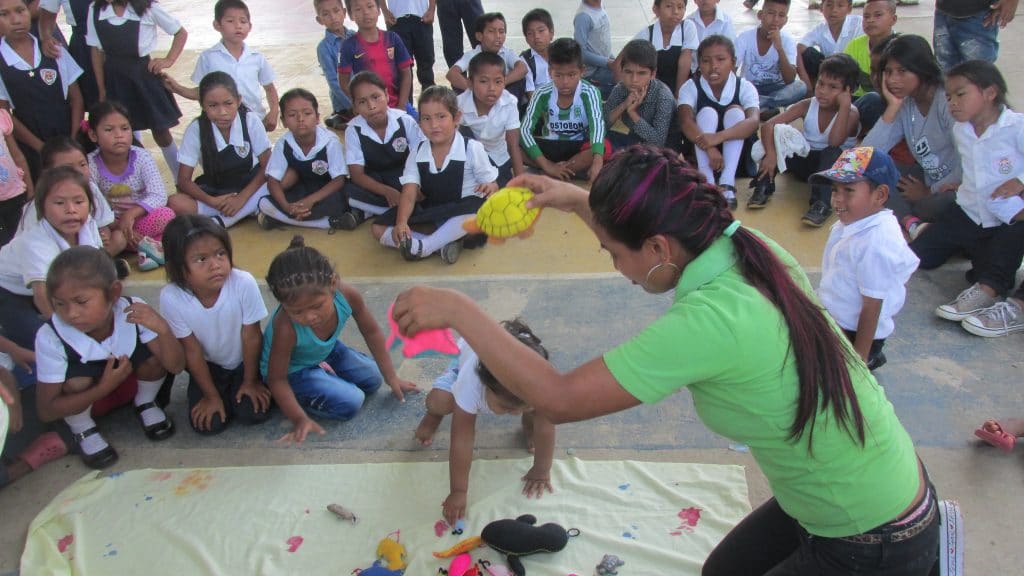 Perhaps our greatest success has been the elimination of manatee hunting in the area. The least successful venture was our attempt to protect turtle nesting grounds – but even in this case, the emphasis on education produced results, with children persuading their parents not to eat the eggs.

River dolphins have a very high profile in the community. They are easy to see from the river bank and canoes as they surface to breathe and they are integral to our education and monitoring work. The fishers’ support for protecting river dolphins was very important as it has made it unacceptable for people to mistreat dolphins and many have been released from fishing nets. Fishers’ eyes are extraordinarily keen and they share everything they see during monitoring trips through the whole community.  Though many do still see river dolphins as competitors for fish, they recognise the value of dolphin watching to the community. Here too the results are mixed, with too many boats chasing dolphins in the lakes so tourists can get good pictures. Coronavirus has given the river dolphins respite but families, now so dependent on tourism, have suffered. 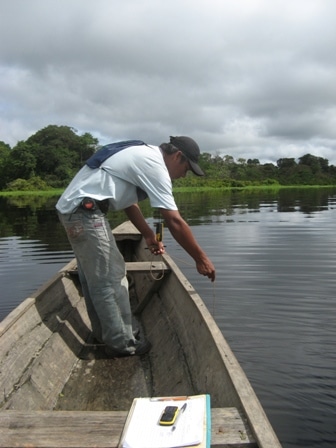 Dolphin survey on the Amazon

The most important lesson we’ve learnt is to listen and, by listening, to find ways of doing things that emerged through understanding local perception of a problem. Our educators have reinforced indigenous culture by using local stories of animal origins side by side with scientific material. The elders contribute to this process and support our work, mainly because we have gained their trust and show our respect for their culture. It is difficult for people who have become so wary of outside influence and failed projects to believe in another one, but that is what we aim for.

In the time of coronavirus, we are doing our best to keep the team working and to support families in need. And one benefit of community monitoring is that it can carry on through lockdowns – the fishers continue to fish and to observe and the community teams have taken over the planning and administration of the centre’s work. They are less adept at fundraising, report-writing and formulating projects but we can manage that from a distance. The real test of success will be when we founders of Natutama become redundant and the pink river dolphins, manatees and turtles thrive alongside the local community. 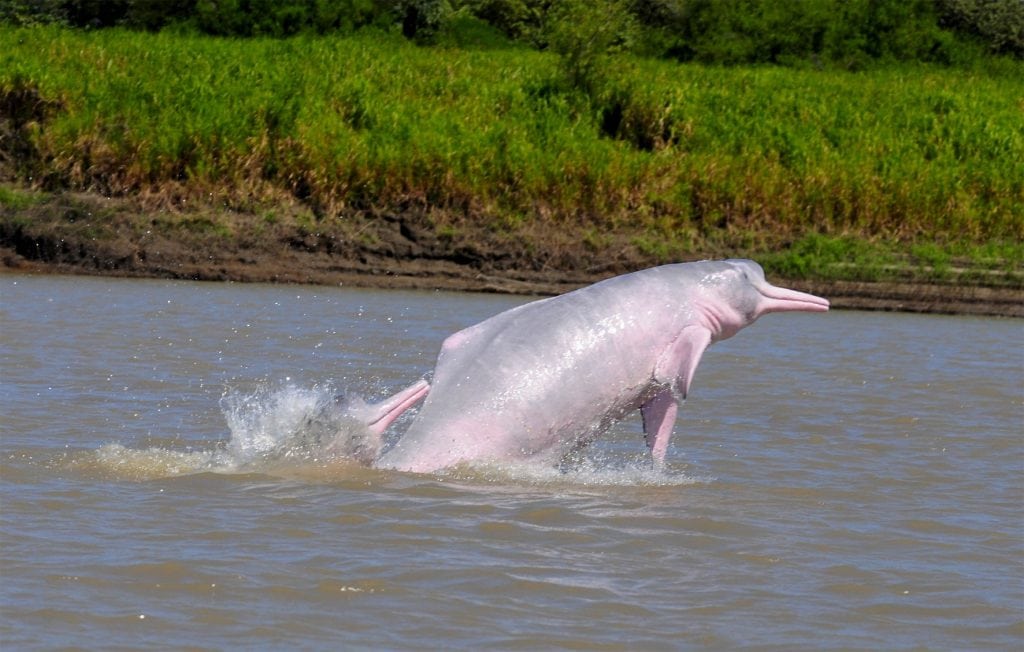 If you are able to make a donation, it will help us protect river dolphins.