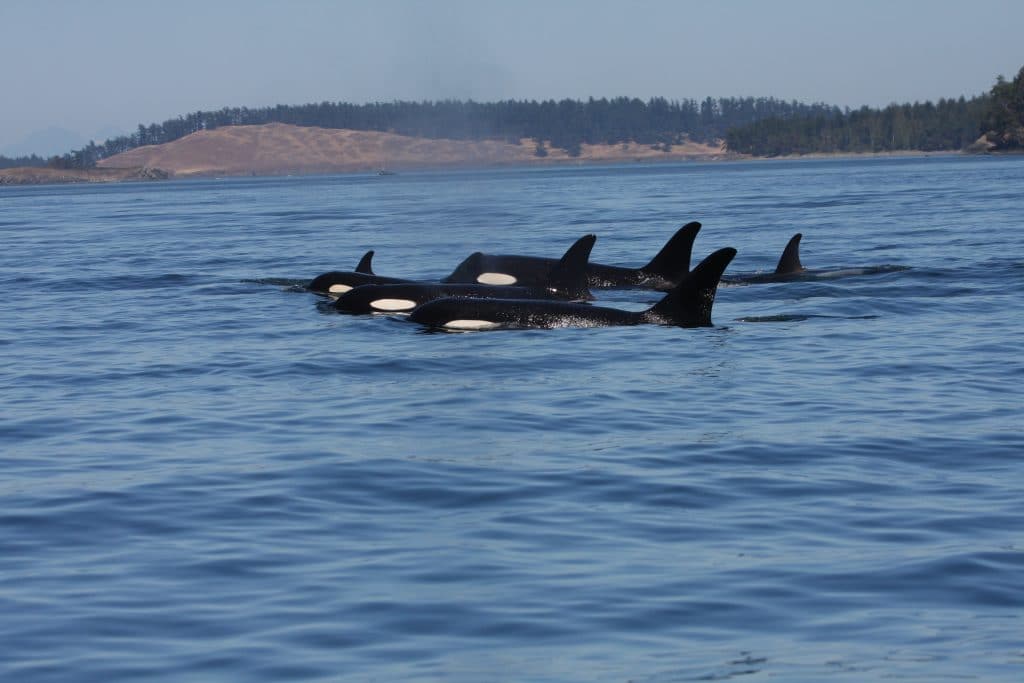 An orca living in the Northwest Pacific, who made international headlines two years ago after the death of her calf, is thought to be pregnant again.

Tahlequah was seen carrying her dead calf around for over two weeks after the young whale died in 2018. She is a member of the J pod of endangered Southern Resident orcas that live off the coast of Washington and British Columbia. The whales face an uncertain future as their numbers have declined in recent decades to just 72 surviving orcas. Decreasing salmon numbers together with other threats such as pollution have led to WDC and other groups campaigning to provide greater protection for the orcas.

It is not known when the calf will be born as an orca's gestation period can last for up to 18 months. Even if the Tahlequah does successfully give birth, the calf will face many challenges to make it to adulthood. Over 60% of calves do not survive.

Find out more about the Southern Resident orcas