The world feels very strange for most of us as we adjust to a new normal with altered routines and a different way of living.  So it’s reassuring to hear reports that some traditions continue to the beat of more ancient, natural rhythms. Let’s explore the seasonal patterns of the little known orca groups of the British Isles… 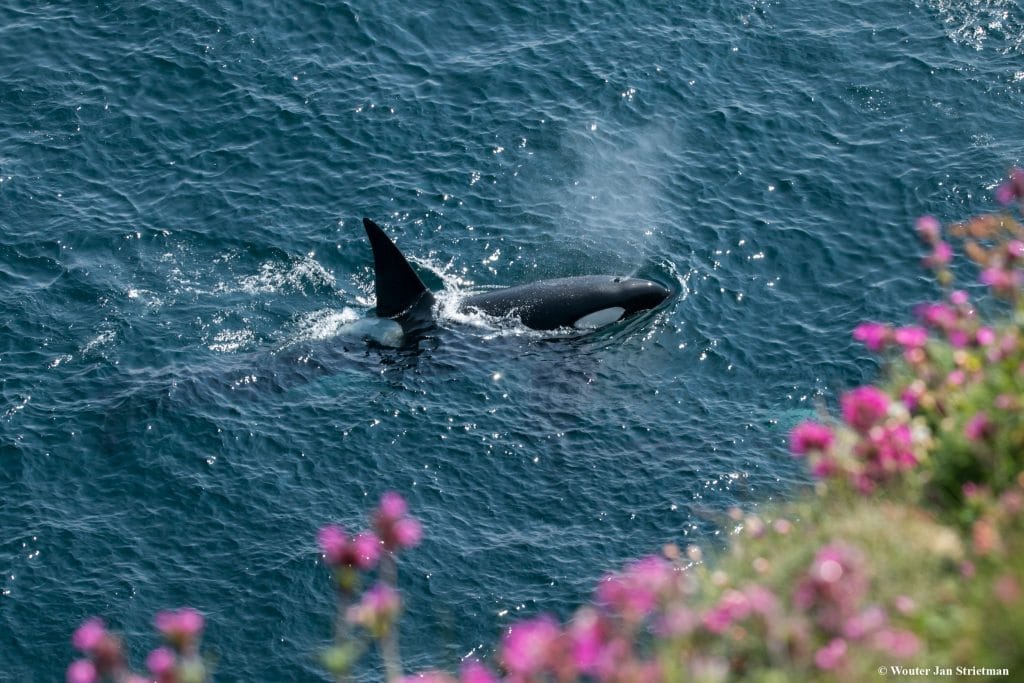 This orca, Melrakki, has travelled from Iceland to Scotland

Did you know that by adopting an orca, you help our work to protect them?

I’ve been passionate about orcas for as long as I can remember. Initially, I was just in awe of how majestically beautiful and powerful these creatures are, but as I had opportunities to learn more about how socially complex, sentient and highly mobile they are, my respect for these apex predators grew enormously.

Most natural history films and magazine features tend to focus on orca communities in far flung places such as the west coast of Canada and the US, Patagonia and Antarctica where stunning images of orcas intentionally beaching themselves to hunt sea lion pups or creating waves to wash over ice floes to flush seals in to the water became iconic wildlife images. But for the last decade or so it has been the orcas of the British Isles that have held my fascination. Agreed, sightings aren’t as predictable as other ‘orca hotspot’ destinations in the world but with a little bit of research and a generous amount of luck the rewards can be huge.

Advances in photography and the growth of social media mean we can track and identify individuals whenever they show up around our coastline. This allows seasonal patterns and favourite haunts to reveal themselves which gives us another important piece of the jigsaw puzzle as we gain increasing insight in to their lives.

The group known as the West Coast Community of orcas is one of the British Isles’ few orca pods with one member in particular, a male known as John Coe, being particularly distinctive. This famous orca was an adult when he was first spotted in 1980 which puts him at least 60 years old, making him one of the oldest known wild male orcas in the world today.

The stronghold for this marine mammal-eating community is the west coast of Scotland around the Hebrides, especially during the summer months. But for many years now, John Coe has made a ‘Grand Tour’ each spring of Ireland and the Irish Sea. I used to receive regular reports each year (some almost to the day) of him passing through the Irish Sea late May/early June. 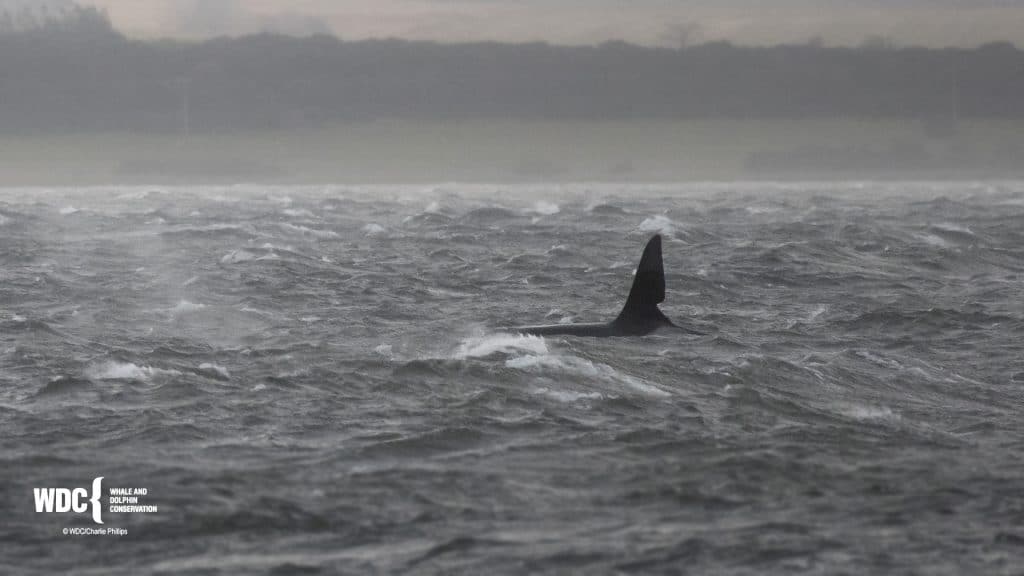 In June 2018 John Coe was spotted off the coast of Anglesey and 2020 proved to be no exception. Just this May John Coe, together with his companion of recent years, another male known as Aquarius, was spotted in Strangford Lough, Northern Ireland. John Coe has a huge chunk missing from the trailing edge of his dorsal fin making him unmistakable wherever he shows up, and on this occasion he gave the people lining the shore quite a thrill as the orcas made their way out of the lough and back out into open water.

Researchers believe the West Coast community of orcas contains eight individuals but in recent years only sightings of John Coe and Aquarius have been recorded. A ninth member of this group, a female called Lulu, washed ashore dead on the Hebridean island of Tiree in 2016. She was found entangled in fishing rope and subsequent analysis of her blubber showed some of the highest levels of toxins (PCBs) ever recorded in a marine mammal. Sadly, the future for this small, isolated community looks bleak.

Heading further north again to the outer realm of the British Isles, the Shetland and Orkney Islands boast the most sightings of orca in the UK. Orcas can be seen here at any time of the year. The more regularly encountered pods are known as the 64s - comprising four individuals, the 65s - a group of six, and the 27s with eight members. Until relatively recently, the 64s and 65s were one group but split for reasons that remain unclear. Maybe it was the death of a matriarch or because they reached their natural maximum group size for hunting seals and are now more effective as smaller units.  Interestingly, in 2017 the 27s pod headed from Shetland to the north coast of Iceland. This pod has been observed preying on harbour porpoises at both locations.

Further offshore and out in to deeper UK waters, fishing trawlers often report large pods of orcas following the mackerel migration each October.

No discussion on the seasonal movement of orcas around Britain would be complete without discussing our Viking visitors! Over the years the Icelandic Orca Project has catalogued well over 400 orcas and one fascinating story to come out of a photo ID comparison between Scotland and Iceland is the fact that a small percentage of this population regularly make the 1400 km journey each spring, leaving the herring behind to hunt for seals off the Scottish coast.

Fantastic collaboration between Orca Guardians Iceland, Icelandic Orca Project, Dr Andy Foote, Karen Munro, Steve Truluck, Hugh Harrop and Orca Survey Scotland has hugely benefitted the study of orcas around the British Isles. We've now identified 30 orcas who have been seen off both Scotland and Iceland, and none are more famous than the mighty matriarch Mousa. 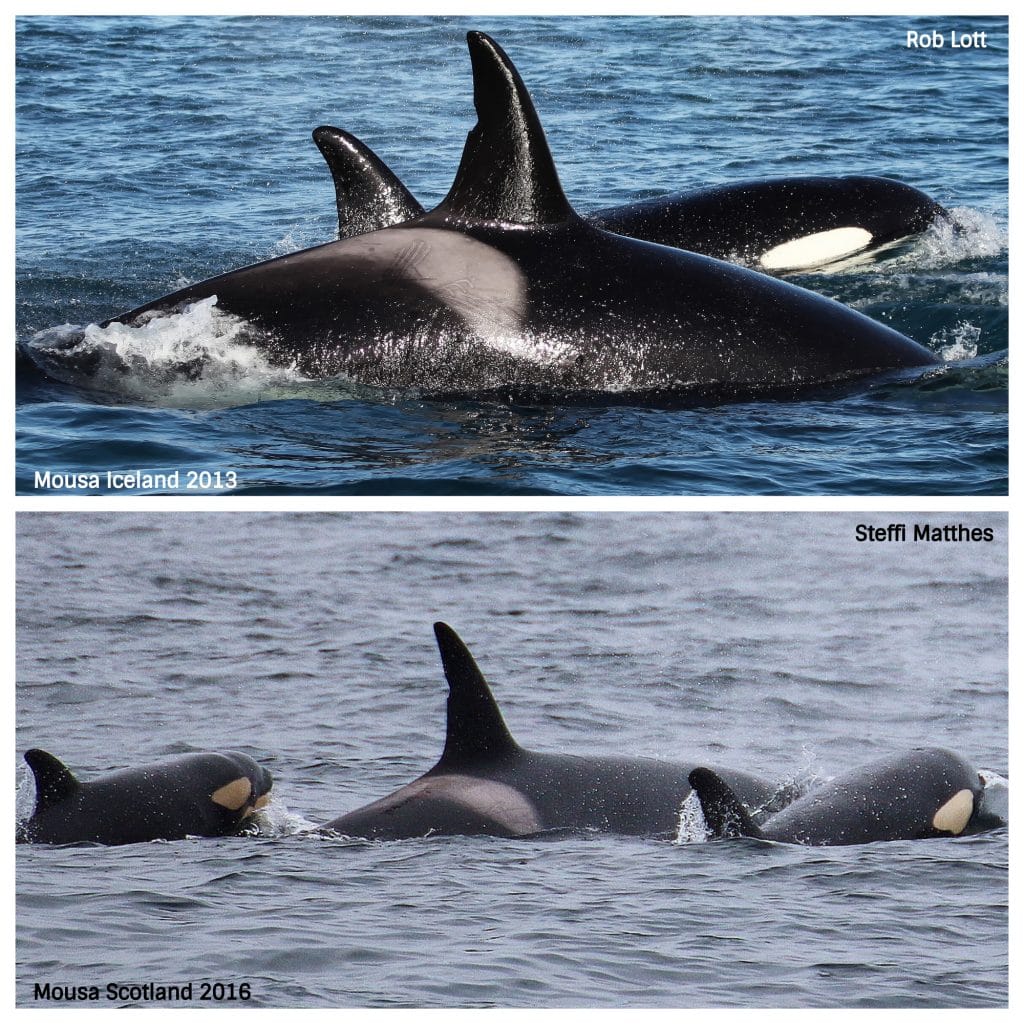 I’ve been lucky to see her many times in Iceland in the winter and early spring where she was first identified in 1999. She’s easy to spot as, just like John Coe, she has an instantly recognisable fin with a distinctive half-moon nick in its trailing edge.

It was nearly a decade later before Mousa was positively identified in Shetland as she and her pod were seen cruising through Mousa Sound in 2008 – hence her name. Since then, she has been a regular seasonal visitor to Scottish shores. Even as I write this word reaches me from Katie, my WDC colleague in the Moray Firth, that Mousa, together with her three kids, Gunnar, Summer and Tide have just been spotted off Lossiemouth and only a few miles along the coast from our Scottish Dolphin Centre where they are more accustomed to spotting bottlenose dolphins.

No one knows how many generations of Mousa’s family have made this North Atlantic odyssey, or indeed when it first started. It’s highly likely Mousa followed her mother here as a calf and is now passing on this cultural tradition to her children. In previous summers Mousa has made her way north from mainland Scotland to Orkney and Shetland in July and August before, as far as we know, heading back to Iceland. 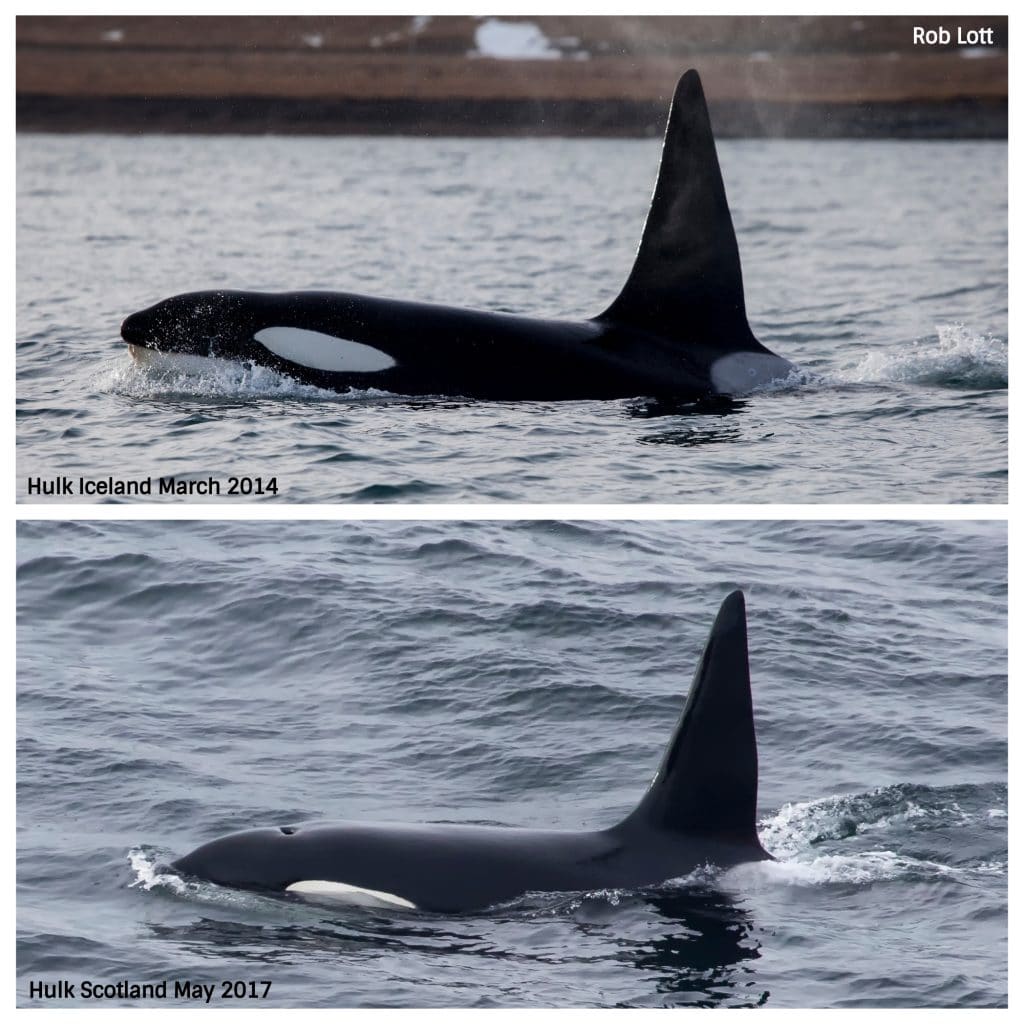 I photographed (the incredible) Hulk in both Iceland and Scotland

Two other orcas, known as Hulk and Nótt, make this annual commute between Iceland and Scotland and these impressive males delight visitors at the annual Orca Watch week at the end of May each year near John O Groats.

It’s still unclear why only a few individuals leave the herring grounds of Iceland each spring and make the long journey south to Scotland to hunt for seals.

No matter how far these incredible creatures roam, essentially home for a wild orca is with each other.

Why not adopt an orca to help us protect them?

When you adopt an orca, you'll get to know an individual whale