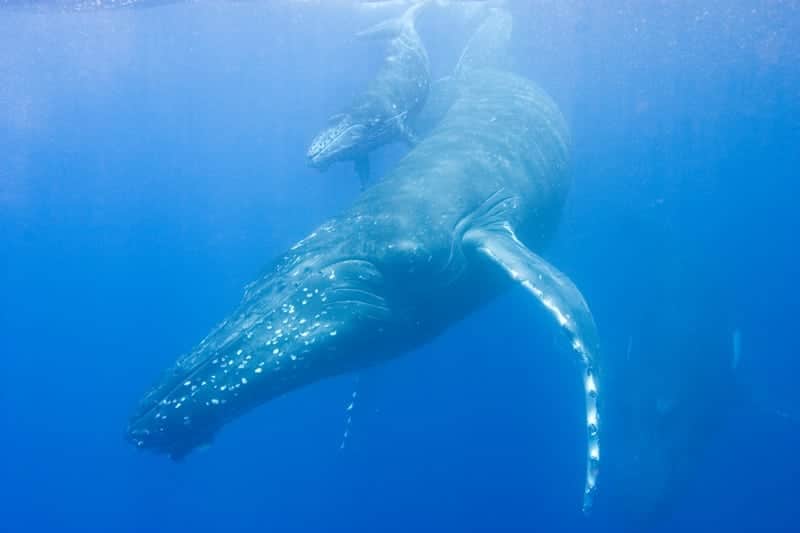 A young humpback whale has been sighted in the River Thames over the past few days.

The whale appears to be a juvenile and may have ended up in the river while feeding. Boat operators and other water users in the area have been asked to take care and keep a safe distance from the whale.

Humpback whale numbers were decimated by whaling during the last century. Protection has seen their numbers slowly recover though they now face other threats such as entanglement in fishing gear. In the Atlantic, humpbacks spend the winter months breeding in the warmer waters of the Caribbean and Cape Verde islands before heading north to feeding grounds in the North Atlantic.

However, younger whales don’t always migrate for the first few years so it’s not known if he/she has been in the area for a while or perhaps is undertaking a first migration and has managed to drift well off-course.

Around the British Isles, humpbacks are more commonly sighted off the west coasts of Ireland and Scotland. Individuals also occasionally turn up elsewhere, including a whale that was seen off Cornwall this summer.

It is hoped the whale in the Thames will soon return to deeper waters in the Channel.

We are sad to report that the whale has died after no sightings were made on Tuesday. Late in the afternoon, the body of the humpback was sighted in the river near Greenhithe in Kent. The whale has now been removed from the river so that a necropsy can be carried out.

Find out more about humpback whales
Posted in News