Back in 2014, I asked WDC supporter, Kathleen Haase, if she would like to help us persuade British Airways to stop selling tickets to SeaWorld and other facilities that hold whales and dolphins captive for human entertainment. She agreed and to be honest, I think she let herself in for more hard work and knockbacks than either of us could have predicted. But her perseverance paid off and after a five-year campaign, we won. British Airways has ended its support for SeaWorld.

Kathleen’s success just goes to show what we can achieve with people power. When we stand together for what’s right, we really can move mountains.

In Kathleen’s guest blog, she reflects on the highs and the lows of volunteering for a mammoth task like this, the amazing feeling of winning and the fact that ordinary people can achieve extraordinary things. Over to Kathleen... 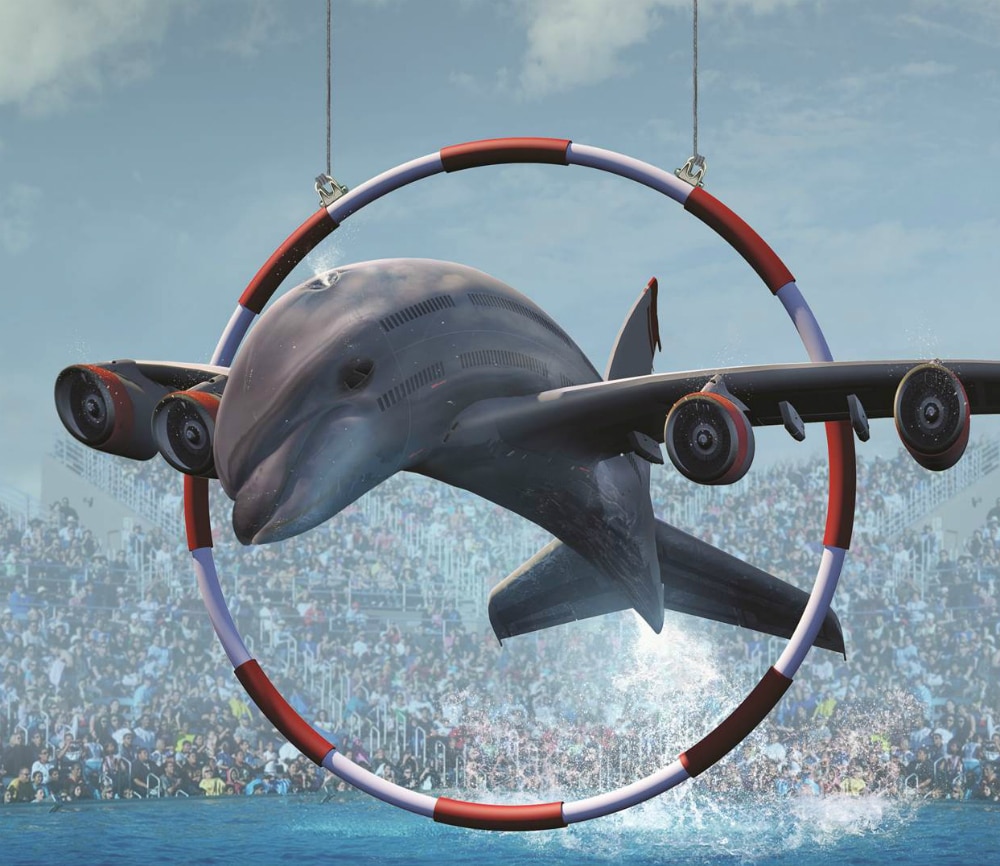 On 22 May 2014, with the help of Whale and Dolphin Conservation (WDC), I started a petition, calling on British Airways to stop selling tickets to SeaWorld.  After five years of campaigning, on 8 August 2019, British Airways (BA) announced that they have dropped SeaWorld.

In this guest blog, I want to reminisce a little about some of the highlights of this journey and share the lessons I have learnt along the way.

I was incredibly fortunate to have support from WDC throughout this campaign. It all started with me enquiring about volunteering opportunities in 2014 and Julia from WDC asking if I was interested in taking part in their End Captivity campaign as she had seen that I was an active member of WDC’s Facebook community and passionate about their efforts to end captivity.

We set up a petition on change.org with the help of Kajal Odedra, a campaigner from the platform. Over the next few months, we worked very closely together allowing me to get expert advice on how to run a campaign over social media networks, engage with supporters and get BA’s attention.

The movie Blackfish had sparked a major debate about keeping orcas in captivity and our campaign took off unexpectedly well. However, British Airways’ initial response was slow and denied that there was any issue with keeping orcas in captivity at all. Not satisfied with BA’s complete failure to engage with the issue, we asked them for a meeting which did finally happen in October 2014. 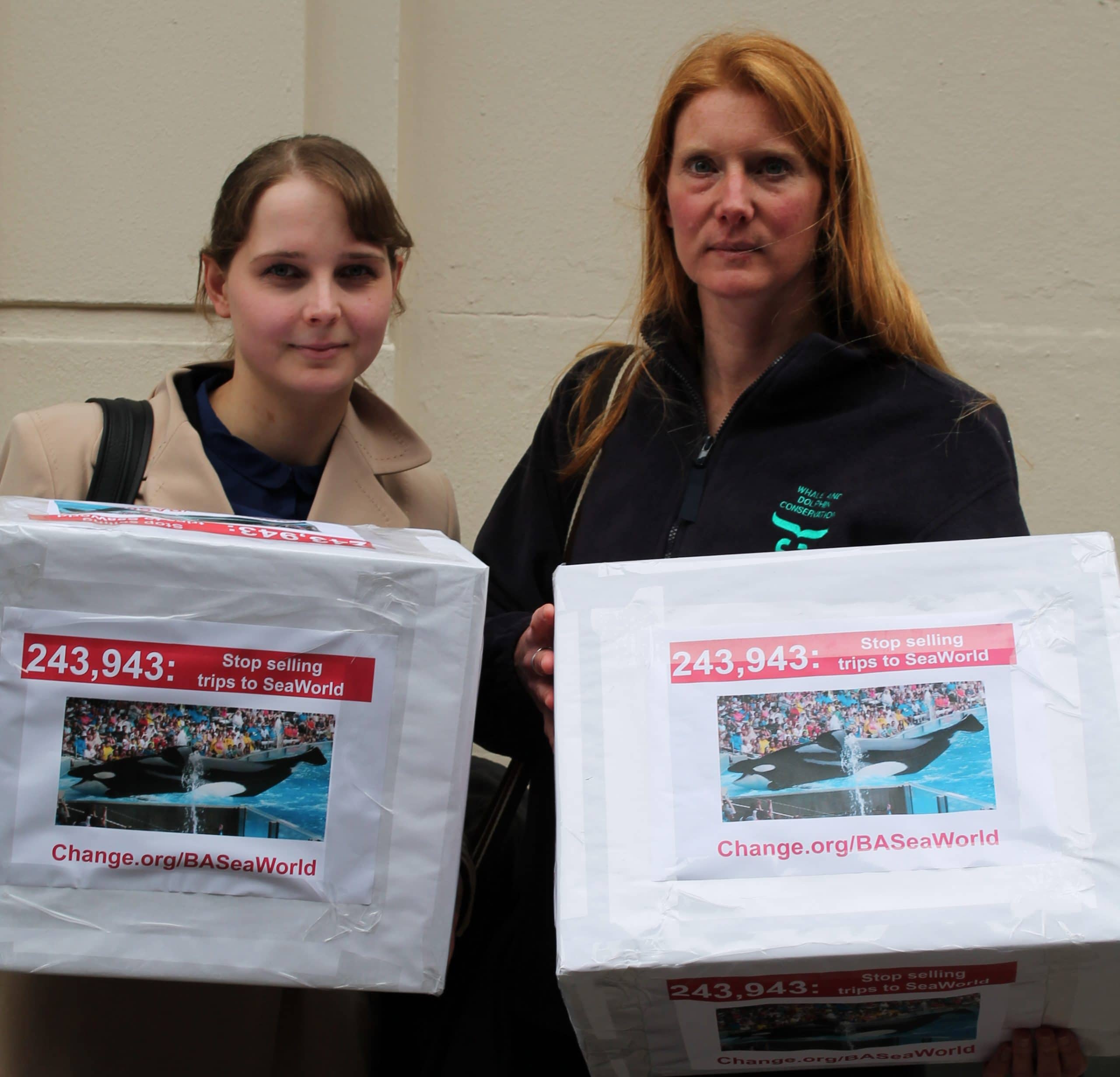 Here I am (left) with Cathy from WDC and our boxes of signatures, just before we went in to the meeting with British Airways.

We were invited to BA’s headquarters in London. WDC’s End Captivity lead, Cathy Williamson, Kajal and I met at a little coffee shop to prepare. Then, carrying boxes full of 243,943 petition signatures (the campaign finished with more than 300,000 signatures), Cathy and I made our way to BA’s office to meet with two people from BA and a representative of UK travel association, ABTA. I remember the meeting went a whole hour over its original schedule, so I had really high hopes that BA took the issue seriously. Unfortunately, at this point, BA didn’t appear to take it seriously at all and later wrote to tell me they had decided to side with SeaWorld after considering their counter-claims.

We were all hugely disappointed but more than anything, we were angry that BA had apparently played us like that. So we decided to up the game and WDC’s Rob Lott and I attended the Annual General Meeting of BA’s parent company, IAG, in Madrid in June 2015. 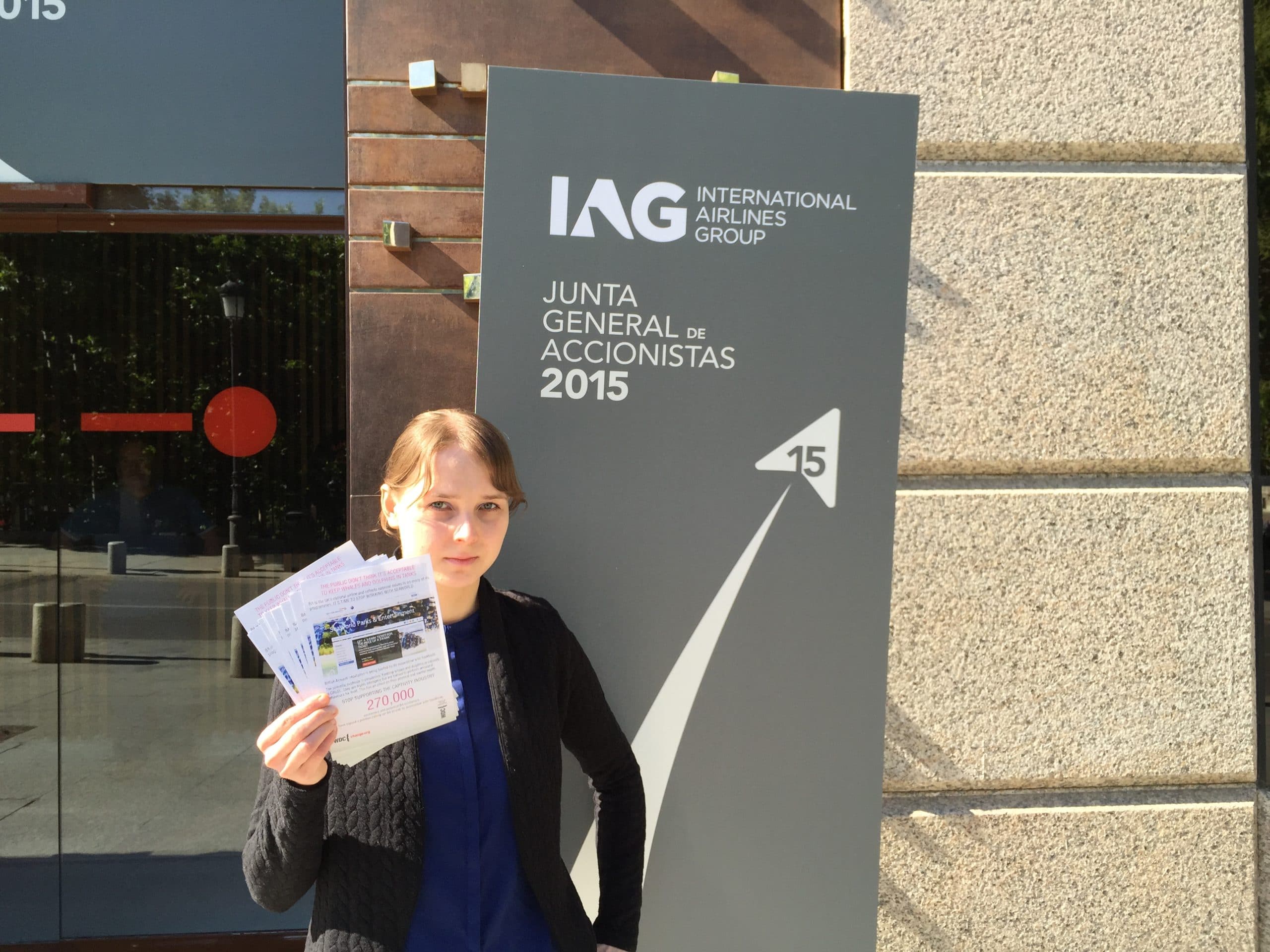 Here I am about to go in to the IAG shareholders meeting.

This was the first time ever in my life I sat down with some pretty important business people. Here was me, a girl from nowhere with no background in anything, addressing the CEO, Willie Walsh in person! He called my name and asked me to come to the microphone to read out my question and statement in front of all these shareholders.

My heart dropped to the floor.

Somehow I managed to keep it together thinking of all the orcas at SeaWorld languishing in those tiny tanks being bored and stressed out of their minds.

Meeting my heroes at WhaleFest

In between these two important meetings, I had the chance to meet some very inspiring people at WhaleFest in Brighton in March 2015 - people like The Dolphin Project’s Ric O’Barry, former SeaWorld trainer/anti-captivity spokesperson, John Hargrove as well as the WDC team. 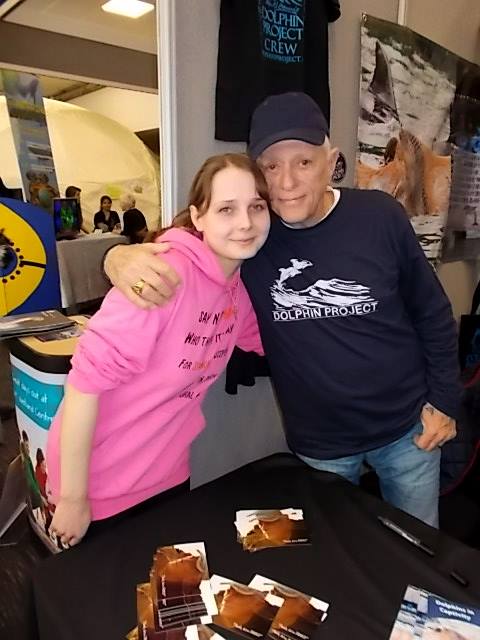 It was a fantastic day. I remember talking to John about his favourite orca Takara and the special bond they had. WDC had a big stand where they were recruiting support for their campaign to stop all UK Tour Operators selling trips to SeaWorld and they were showing their video, ‘An Open Letter To Richard Branson’ which called on Sir Richard to show some leadership, live up to his eco-friendly image and instruct Virgin Holidays to drop SeaWorld. 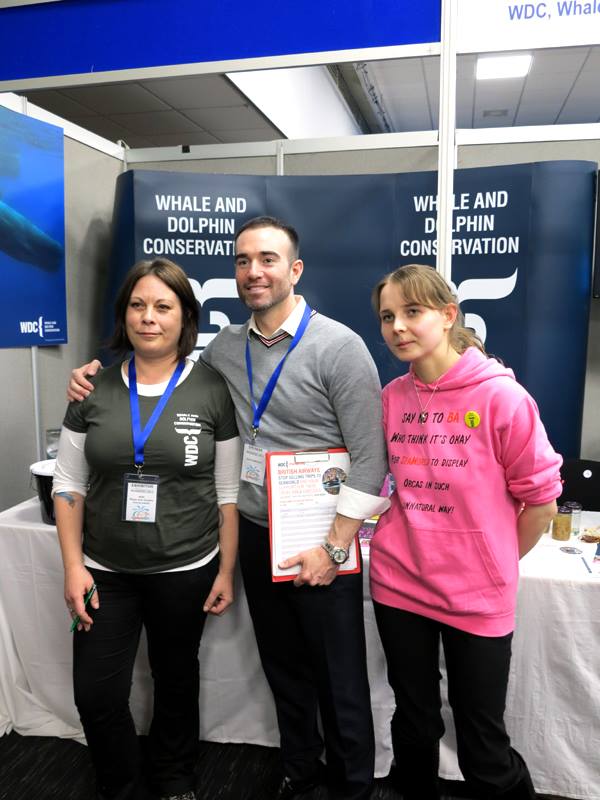 Change on the horizon

After our concerns about decreased quality of life and shortened life spans for captive whales and dolphins were repeatedly ignored by BA, we increased the pressure through social media actions. Big players like Thomas Cook and others had already ended their support for SeaWorld so things were moving in the right direction. Then came an announcement that moved the game on even further - Virgin Holidays was ceasing business with all facilities holding whales and dolphins captive. That was BIG news and it seemed to have a ripple effect across the industry. I contacted BA immediately asking them to follow Virgin’s lead.

A few days later, I received news from WDC that BA had finally stopped selling tickets to SeaWorld. I couldn’t believe it! I was in such disbelief, I had to hear it from BA directly who confirmed the news a few days later.

To this day, I still cannot believe that BA finally made the right decision and I would like to thank them for that. It all feels a bit like a dream but I suppose it is a dream-come-true and none of it would have been possible without the incredible support from all of you – the public. So many of you joined our actions, wrote to BA and gave up your time to help. Thank you all for joining us over the last five years. I am so grateful for all of your support and also want to thank WDC for their mentoring and for allowing me to be part of this incredible journey.

So, here we are, at the end of the road having reached our final destination.

What lessons have I taken away from this experience?

1. NEVER GIVE UP!
2. Believe in yourself and go the extra mile.
3. Do things you have never done before.
4. Be brave and take on new challenges.
5. Do your research and reach out to others.
6. Not having previous experience doesn’t mean you can’t do it!
7. Setbacks are part of the journey. Learn from them and how you can do things better.
8. Base your arguments on facts and evidence.
9. Connect with organisations that have experience in campaigning.
10. Be patient. Change rarely comes overnight. Perseverance gets you to your goal.

Do you want to help end captivity for good?