On the morning of 30 May, off Tofino, British Columbia, Canada, an orca calf, complete with fresh foetal folds and typical orange (instead of white) patches, surfaced between two mature females from the critically endangered Southern Resident orca community. 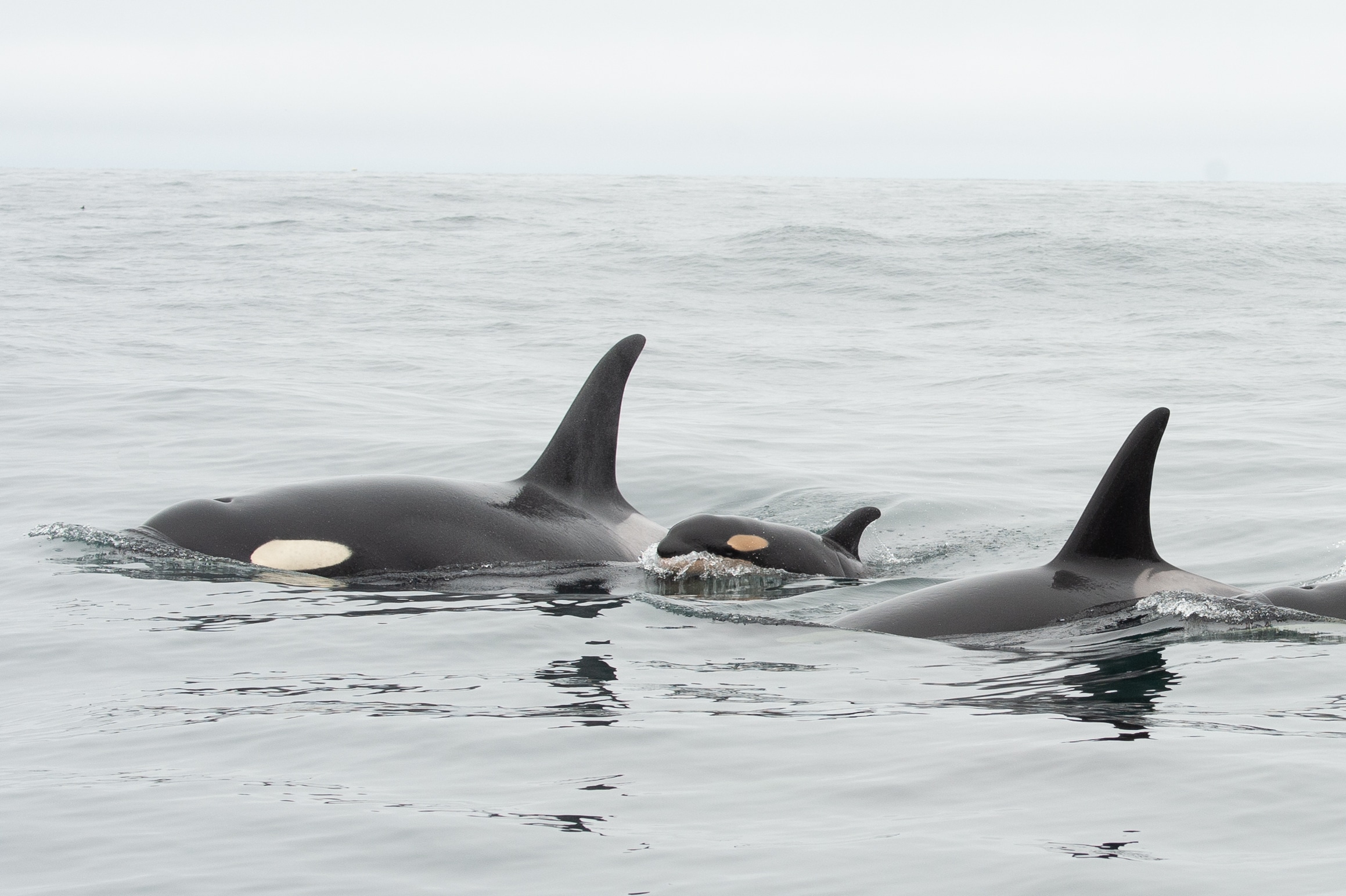 There is always joy at the sight and sounds, the presence of a new baby. When that baby is a several-hundred-pound orca, born to J pod in the Southern Resident orca community, the event turns into big news. This is a very welcome occurrence as this community has lost most of their calves in recent years and their numbers have dwindled to 75—now 76—individuals, down from a high of more than 100 before SeaWorld and other aquariums ransacked these pods with repeated captures in the 1960s and 1970s. The captures in BC and Washington State waters ended in 1976 but the southern orca community has faced compounded pressures and threats including boat traffic, noise, pollution loads, and reduced numbers of their preferred food, Chinook salmon. The southern community has been given endangered status by both the US and Canadian governments.

In the new edition of Orca: The Whale Called Killer, my memoir of ten summers spent with orcas, I talk about the status of the southern orca community. I can’t help but compare them to the northern community in Johnstone Strait off northern Vancouver Island—the main subjects of my book and the group to which the adoption orcas belong. After spending many days with the A pods in the 1970s and 1980s, as well as some time with the B, C, D and G pods, I revisited northern Vancouver Island a few years ago to see some of the same individuals still alive, as well as sons, daughters, grandsons and granddaughters of the whales I came to know as individuals 40-plus years ago—Nicola (great grandmother of Bend), Stubbs, Top Notch and others. The northern community by contrast to the southern, has grown in number every year and now has more than 260 individuals in more than 16 pods and 30 matrilines (family groups, each headed by a matriarch). 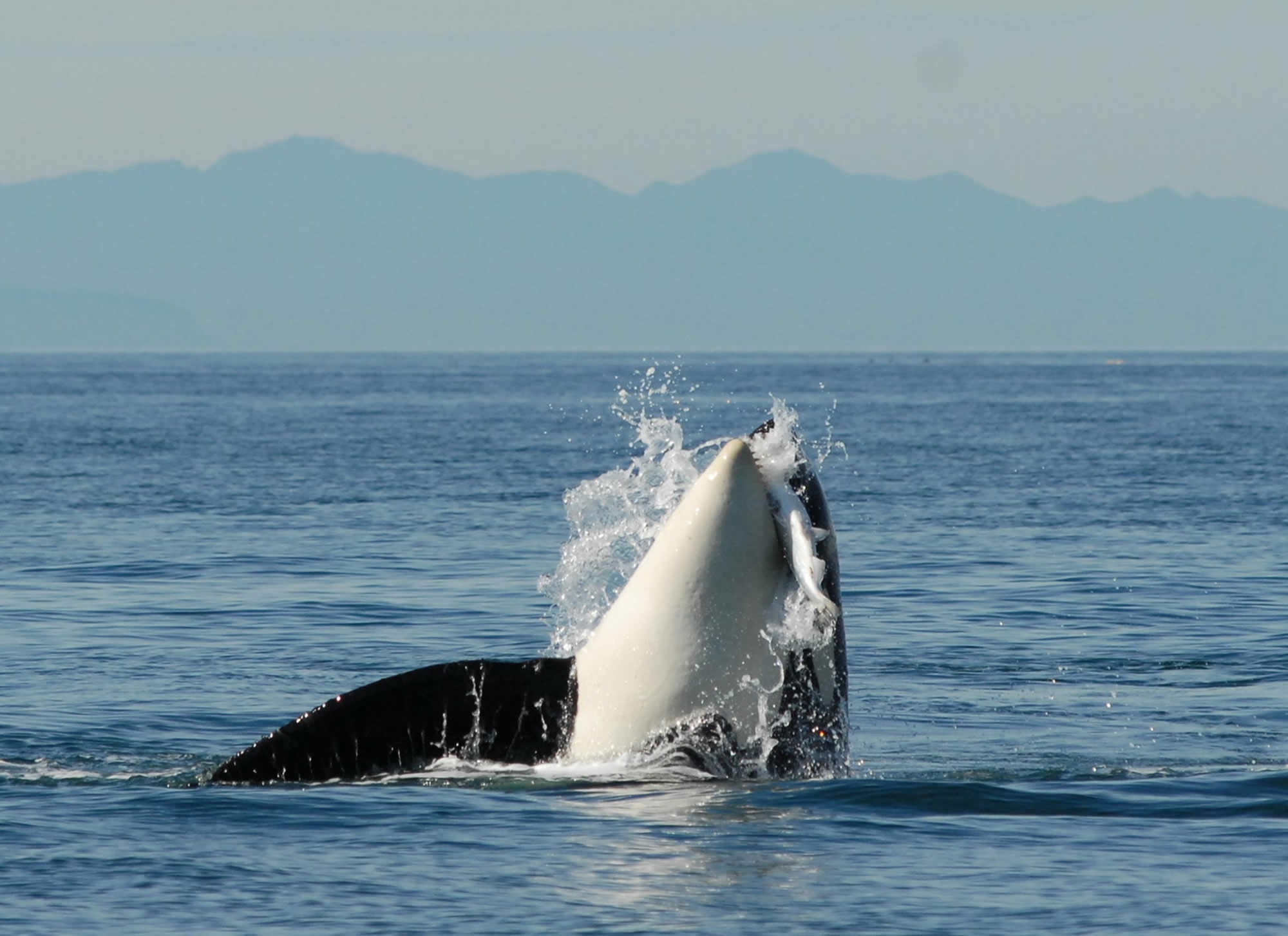 In the new book, to be published in September 2019 and available at whales.org/shop in October, I also devote a chapter to the resident communities of Russian Far East orcas as part of scientific projects I have helped direct over the past 20 years in Kamchatka and the Commander Islands, funded by various sources through my work for Whale and Dolphin Conservation. In all, we have photographically identified more than 2,000 orcas, sorted most of them into pods, clans, communities, analysed their dialects and their food preferences. There are also transient marine-mammal eating orca communities—different ones in Russia and in BC, Washington and Alaska. And there are so-called offshore orcas who feed on sharks and other fish so far only found in the eastern North Pacific. All of these North Pacific orcas can be divided into at least three separate genetically distinct groups (ecotypes) and more than 10 different communities, or breeding units.

Each of these whale communities has its own character, food habits, social preferences, and different dialects. For much of human history, orcas were feared, hated and shot at by fishers and other mariners and given the name ‘killer whales’. By studying them, and spending hours that have turned into many years with them, we have seen a revolution in our understanding of the orca to the point where we care deeply about them. We have begun to see that their health and future on this planet are closely linked to our own.

Will the new baby survive? Some years ago, it was calculated that only half the babies born to this group make it to one-year-old. The calf was seen again in mid-June, a few days ago, and whale researchers and watchers all along the coast will be hoping for more sightings through the summer and autumn months.

Adopt an orca today and help us protect them.