On Saturday, along with WDC colleagues, I braved the soaring temperatures and joined the march in central London to protest against the Japanese government’s decision to resume openly commercial whaling. We were joined by like-minded people and organisations, and the air was filled with our voices as we called for the Japanese government to ‘PLEASE STOP KILLING WHALES’.

As we walked through central London, holding our placards and chanting ’STOP THE SLAUGHTER IN THE WATER!’ on our way to the Japanese Embassy, we attracted calls of support from shoppers, and honks and waves of encouragement from passing drivers. 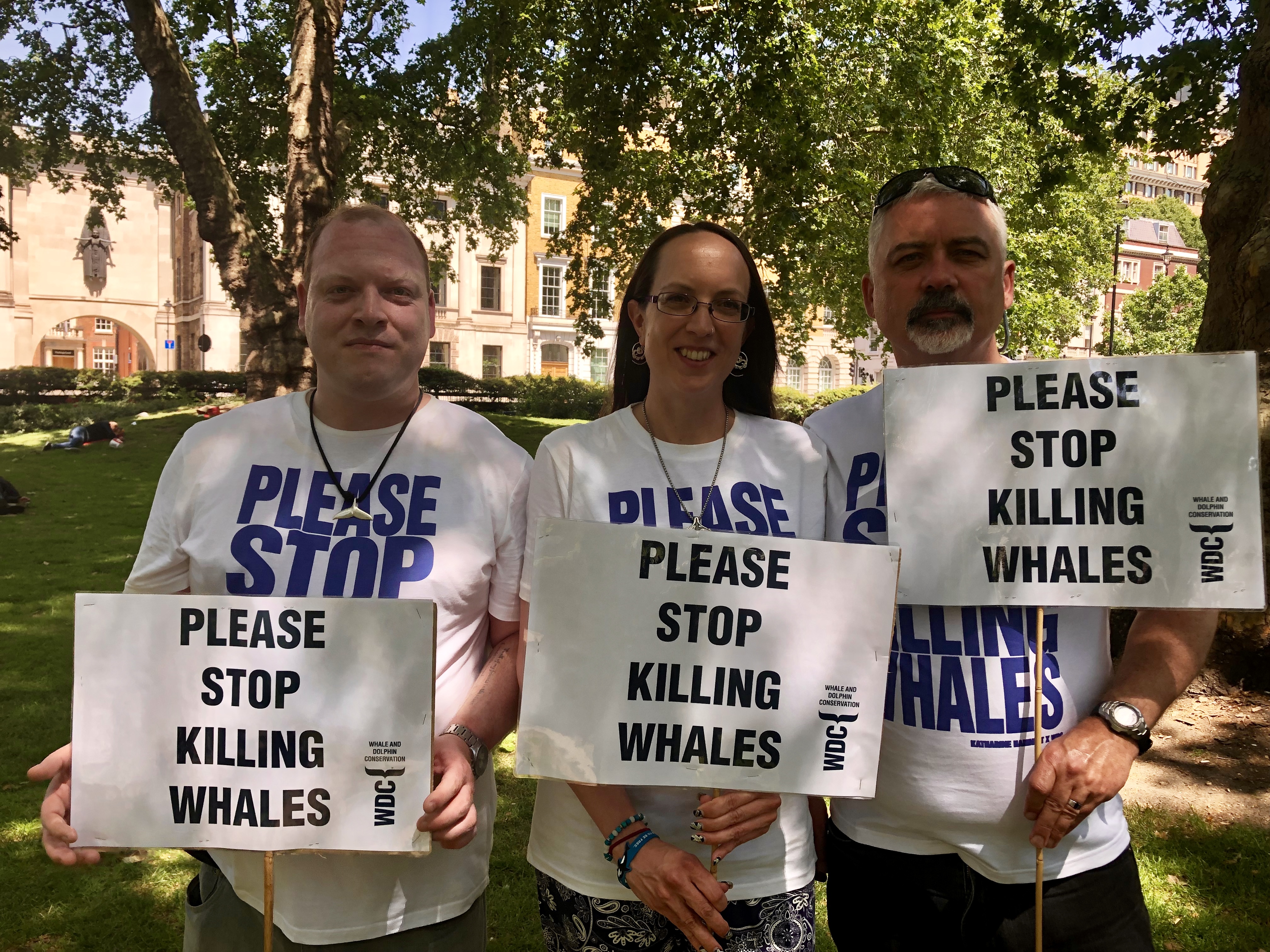 The protest took place only a couple of days before Japan officially left the IWC, and resumed commercial whaling. Yesterday, the ships set sail with the intention of killing 171 minke whales, 187 Bryde's whales and 25 endangered sei whales. As I write, two minke whales have already been killed.

Our peaceful protest coincided with protests in Edinburgh and other cities round the world, and as the G20 summit took place in Osaka, Japan. Along with celebrities and other conservation and welfare organisations, we called on the G20 leaders to agree a declaration at the G20 Osaka Summit, calling for an immediate end to all commercial whaling.

The protests reflect the overwhelming global public opinion that commercial whaling is inhumane, archaic and unnecessary. Demand for whale meat in Japan has plummeted, with up to 95% of Japanese people very rarely or never eating whale meat. The consumption of whale meat in Japan declined by almost 99% from 1962 to 2017, when government data shows less than 4,000 tonnes were eaten, equating to the mass of about half an apple per Japanese person.

Reflecting the views of many Japanese people was a speech made at the protest by Japanese clothes designer, Masato Jones, who called for his government to stop whaling.

Despite the clear lack of appetite for whale meat from the Japanese people, and widespread criticism, the hunts are happening right now. But the attention this is gathering has not gone unnoticed by the Japanese government who delayed announcing their whale-kill-quotas until after the G20 summit, according to Japanese newspaper, the Ashai Shimbun,  ‘…out of concerns of a backlash at the upcoming Group of 20 meeting in Osaka…’

We will keep up the pressure and continue spreading the word. In my experience, when people hear what is happening they are appalled. Those who heard the speeches in Cavendish Square, those we met and talked to as we marched through the streets of London, and those who saw our social posts went away knowing more about the senseless slaughter in Japanese seas. The global movement to stop whaling is determined and we’re not giving up – together we are strong and can achieve great things. Thank you for your support.

You can make a difference!

Make a donation today to help us stop the slaughter