I can’t tell you how delighted I am at the news that fin whales will swim in peace off Iceland - this summer at least. Last summer’s whaling season was particularly chaotic and distressing as the whalers killed 146 fin whales, including two rare blue whale/fin whale hybrids, and numerous pregnant females. 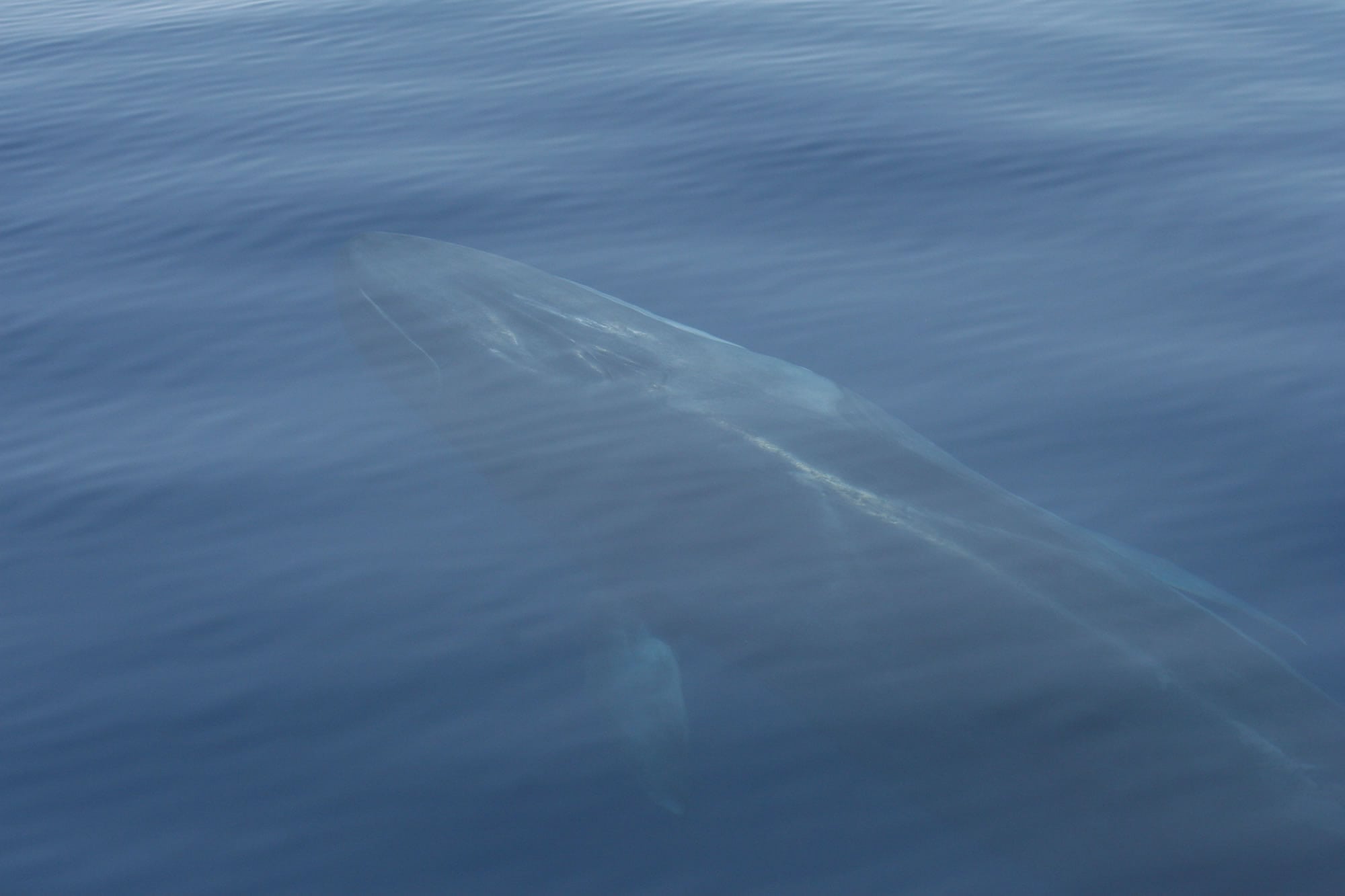 In late February, we groaned at the news that the Icelandic fisheries minister had allocated a quota of 209 fin whales (as well as 217 minke whales) to be hunted each year until 2023, despite urgent appeals from MPs and conservationists within Iceland and elsewhere - including, of course, WDC.  Since then, we have been talking with contacts and monitoring the situation.

However, we heard the excellent news a few days ago that Hvalur hf, Iceland’s sole fin whaling company, will not take their vessels out this year.  This decision could save the lives of up to 209 majestic fin whales, the second largest creature on the planet, and deserves to be celebrated, so who do we have to thank for this reprieve?

The whalers were quick off the mark, anxious to justify their decision not to go to sea on logistical grounds.  In a TV interview, Hvalur 9 captain, Ólafur Ólafsson, declared that: ’There will be no whaling season for us… so [the whales] will get to swim in peace around the country. We’ll take it easy in the meantime and just carry out maintenance this year and bring [the ships] into good shape for next year.’ He went on to blame the alleged late arrival of their whaling permit from the government explaining that the permit arrived too late for them to bring the vessels into working order in time for the start of the season.

Hvalur’s two whaling vessels, the Hvalur 8 and Hvalur 9 are both pretty ancient, built in 1948 and 1952 respectively, they both broke down last season. ’It’s a lot of work to [maintain them].  You need to get specialists that come from Denmark. You need to order spare parts. That takes six to eight weeks, up to 10 weeks’ and the maintenance itself  ’would never have been finished before late August.’

However, contacts within Iceland and other press articles tell a different tale, suggesting that, whilst the fin whalers applied for a licence, the Fisheries Ministry did not bother to respond.  In many respects, the government’s apparent decision not to issue Hvalur a permit this year is not a great surprise, since the company has been the target of several legal challenges in recent months, including labour law violations relating to employee terms and conditions.  Last August, Icelandic environmental group, Jarðvinir (Friends of the Earth) filed a case alleging multiple violations of the terms of Hvalur’s licence, including the killing of a hybrid whale; the cruelty of the hunt, as well as the company’s failure to submit formal records of its whaling activities during the 2014, 2015 and 2018 seasons. They also cited the fact that fin whales are processed in the open air, in contravention of Iceland’s food hygiene regulations. I can vouch for this, having witnessed on several occasions the sight of fin whales being butchered on a concrete slab, with seabirds flying overhead and whaling station workers standing on the carcass in blood-spattered wellingtons. 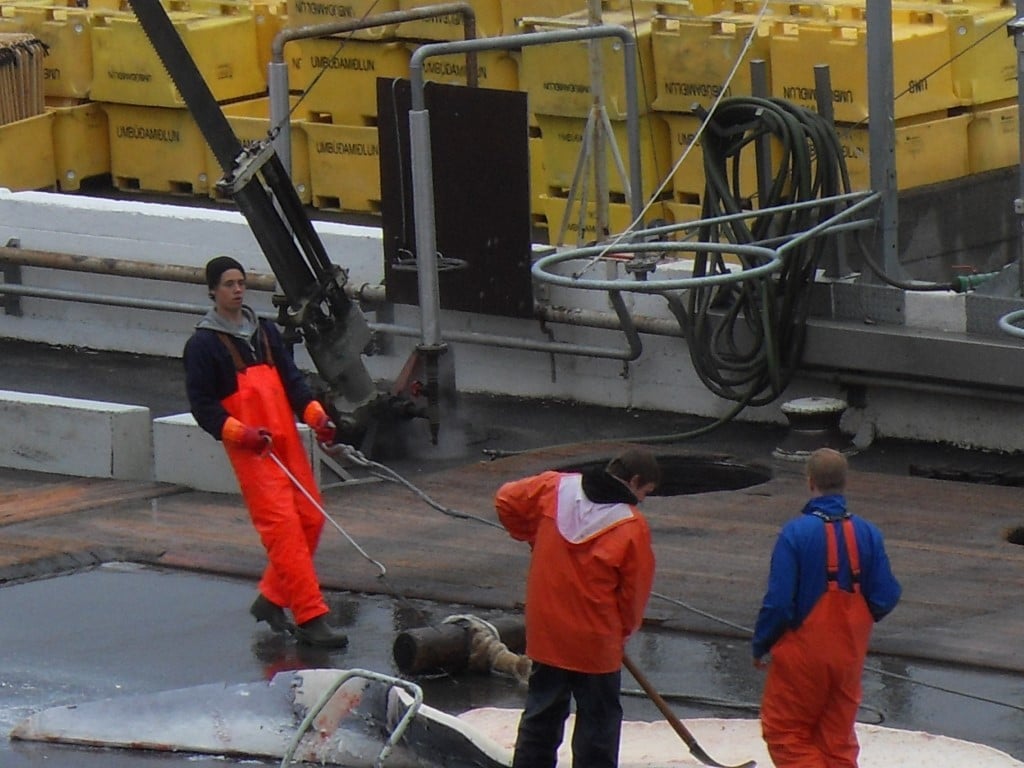 I watched as this whale was cut up, with Hvalur employees walking all over the carcass in bloody wellingtons

Remember too, that the whaling quotas were issued on the back of a widely-criticised ‘economic review’ of whaling which was meant to be comprehensive but, in practice, was a total dud: narrow in scope, inaccurate, accusatory and often bizarrely rambling off topic, prompting the prime minister to term it ‘inadequate’ and call for a more comprehensive review.

Further proof of changing public attitudes came in the form of a recent domestic poll which revealed that 69% of young Icelanders (18-24) were supportive of a whaling ban; this coincided with the publication of a scientific paper indicating that the whaling quotas were, in any case, based on grossly-inflated population estimates.

So, fin whales will swim free this summer, but the whalers are already stating their intention of resuming the hunt next year. They have paused their activities in previous years for various reasons, but then resumed, so this is no time for complacency.

Sadly, too, the minke whalers have been granted a permit and we will be monitoring their activities in coming days. Shockingly, minke whales are killed in Icelandic waters almost exclusively to cater to tourist demand and so, whilst the lack of fin whaling this year is definitely cause for celebration, the campaign to reach tourists with a plea not to order whale meat when visiting Iceland - and the wider campaign to end whaling in Icelandic waters for good - continues. Please support us!

Want to help us stop whaling for good?