Orca Watch week is now in its eighth year and is run by the Sea Watch Foundation in partnership with Whale and Dolphin Conservation. I’ve been involved for the last five years and have seen the event go from strength to strength. It's a wonderful week celebrating all things orca including talks and video presentations, but it’s mainly about joining with fellow orcaholics to spot the elusive and iconic orca in Scottish waters. And the best part is that everyone is invited!

Steve Truluck is a WDC Shorewatch volunteer and driving force behind the success of Orca Watch - here's his personal account of what happened this year. 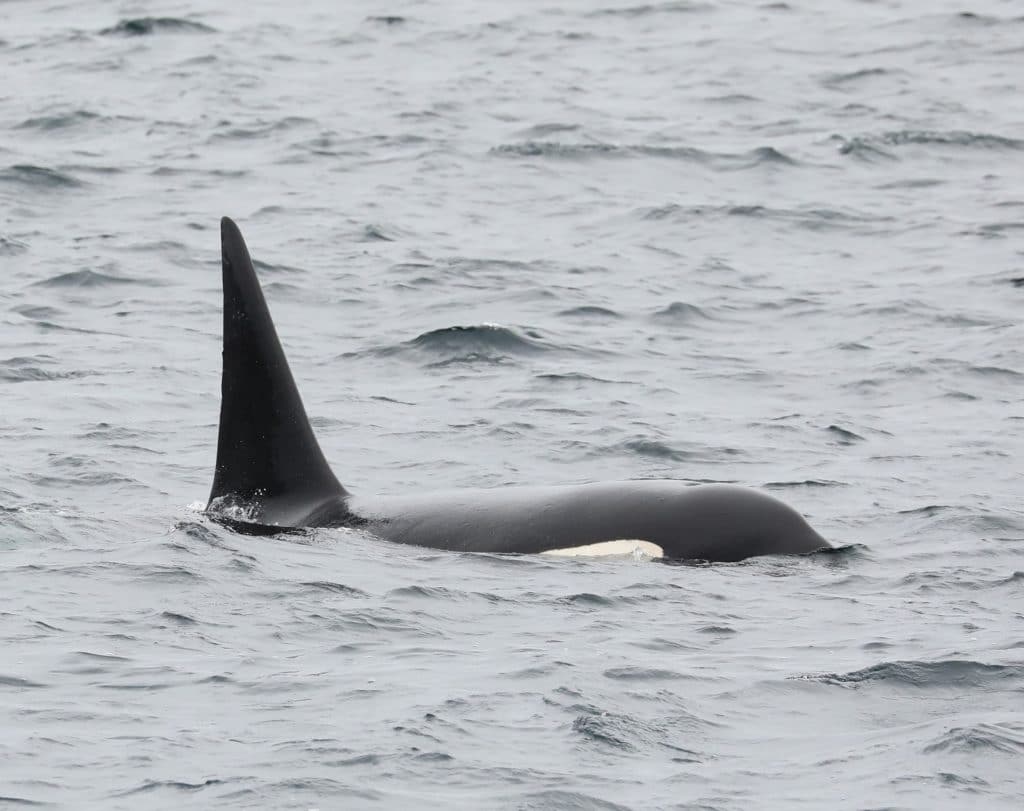 Watching orcas in Scotland is a bit of a rollercoaster. Every year there’s a story (or two or six), there are ups and downs and there is a very thin line between success and failure when it comes to spotting these mighty mammals. One seemingly small decision can cost you disappointment or reward you with the sighting of a lifetime. There’s a lot of jeopardy and always tears…lots of them…mostly of joy, but some of sadness. One thing is for sure, there are no guarantees when it comes to seeing orcas in Scottish waters, but it sure is rewarding when you do.

Our week started well with Risso’s dolphins, minke whales and porpoises all being spotted. Orcas were seen from Hoxa Head on Orkney, but sadly for the watchers at Duncansby Head and aboard the John O’Groats ferry, the orcas were tantalisingly hidden behind the island of Swona. For those aboard the ferry it was an excruciatingly close call. Ivor, our skipper went above-and-beyond the call of duty going way off course to try to show us the orcas, but no matter how much we stared at the sea, they remained hidden. The Pentalina ferry passed us, travelling to the north of Swona and their orca sightings came through on Facebook just minutes later - so, so close. 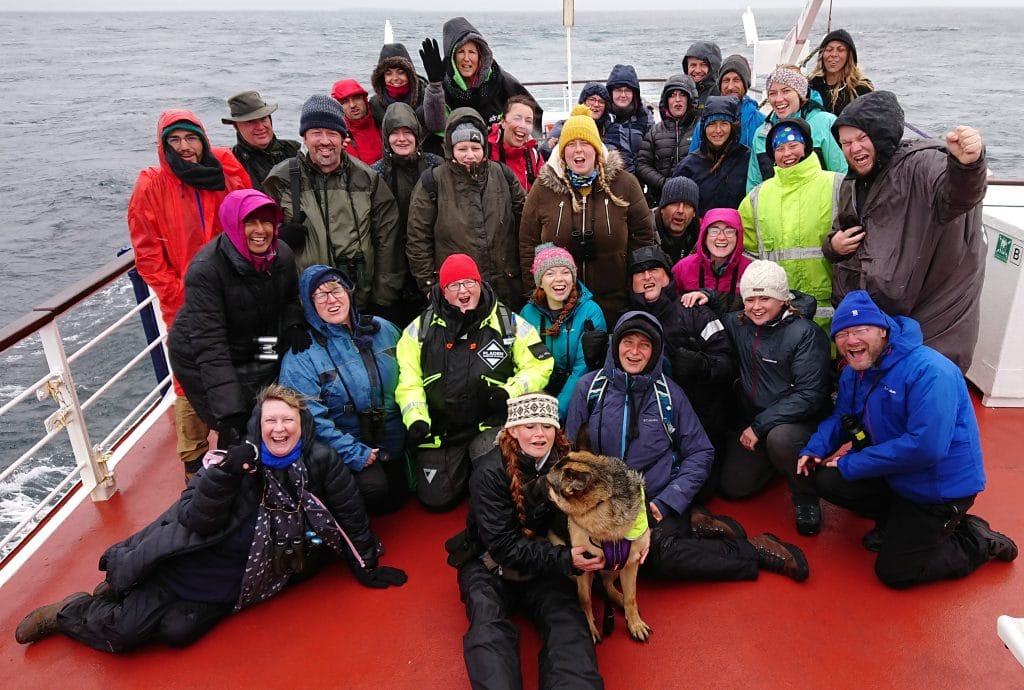 Orca watchers on board the John O'Groats ferry. © Steve Truluck

When the dreaded fog rolled in, a group of watchers decided to try their luck watching from Orkney. Two walked west while three stayed at Burwick harbour and the rest wandered east. I was going to join the party to the east but changed my mind and stayed on the ferry. The two watchers to the west, Richard and Johanna, witnessed seals rushing out of the fog and hurling themselves onto the rocks below them. They joked about looking out for the black and white whales behind them. Minutes later the three who stayed at the harbour were watching orcas close to shore and then a few minutes later the guys to the east got lucky too. After 10 days of trying to see orcas, Richard had narrowly missed seeing his first ever orca by the thinnest veil of fog.  Johanna was to suffer further.

Having been on every ferry ride up to that point, Johanna had to leave as she had a flight to catch. Well, inevitably, orcas showed up for the morning ferry just minutes after she’d left. Teri Charlton spotted ‘something ahead of the boat’ and I was the lucky one to have my binoculars filled with a large black dorsal fin and to then give the cry of ‘ORCAS!’

Four orcas, nicknamed ‘the Sanday four’ (after one of the larger of the islands of Orkney) were present: one young male, one female, a juvenile and a calf surfaced for several minutes around the ferry. Curses were broken. Richard Bailey’s long-lost karma was restored. Simon Ernst finally saw his first orca having failed in Norway and in Scotland the year before. Celia’s 10-day vigil at Duncansby Head was finally rewarded. All aboard were ecstatic. For those not on the boat, it was gutting. One group, we called ‘the camera crew’, led by Bobby Hardy, were trying to film their friend Andrea seeing her first ever orca and were among those still ashore. Bobby wanted to record Andrea experiencing jeopardy for the film he was making for his Masters degree, but he hadn’t banked on being on the receiving end himself. 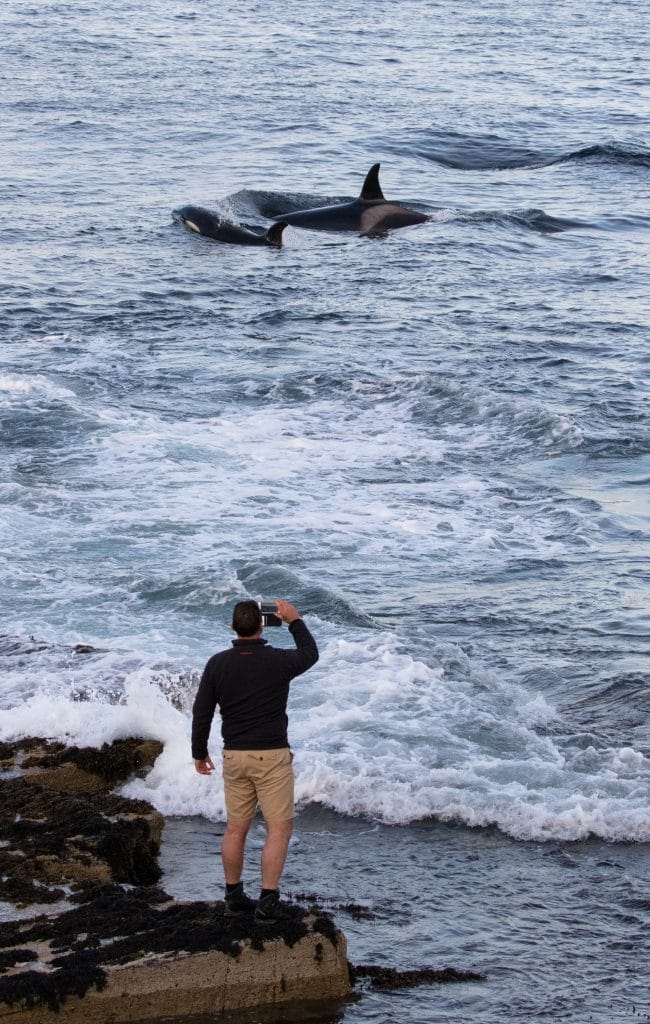 Wow - what a picture! Orca spotting from the Wick coast. © Karen Munro

As Orca Watch entered the final weekend, only one distant male orca had been spotted from Duncansby Head all week. As one of the organisers this statistic hurt. The camera crew had been on every ferry and had relocated to the windswept headland and had still failed to see orcas.

After yet another bit of excitement which ultimately yielded no orcas, the camera crew and several watchers gathered for some well-needed food and drink to help drown the sorrows. A series of alerts from mobile phones pinged through.

The WhatsApp sightings group sprung into life. The Hall family had spotted a pod of at least nine orcas and they were heading our way.

It was Orca Watch run time!  We ran into position and waited. The fog rolled in. The darkness rolled in. They were there, but we couldn’t see them. All except for Simon Ernst that is. His detailed description of orcas spy-hopping and heading our way was both encouraging and infuriating to everybody else whose optics were of lower quality. We waited. Impatiently. The fog worsened. Simon lost them. Yet more jeopardy!

Then out of the gloom they appeared -10 maybe 12 or 13 orcas. By this time a hundred or so watchers had amassed on the cliffs and all the tribulations of the days before were forgotten. The orcas headed on past us, totally oblivious to the effect they were having on the humans on the shore at Duncansby Head. Footage was finally in the can. Dreams were realised. More hugs. More happy tears. Experienced watchers saw their first UK orca. Novices saw their first ever. Children saw them. We made sure that everyone there saw them. Jonathan Biddle’s 10-year-search for orcas was finally over. Even the legendary curse of Sadie Janette had been cast asunder proving that miracles do happen! It was truly a day to remember. Orca Watch 2019 had delivered. 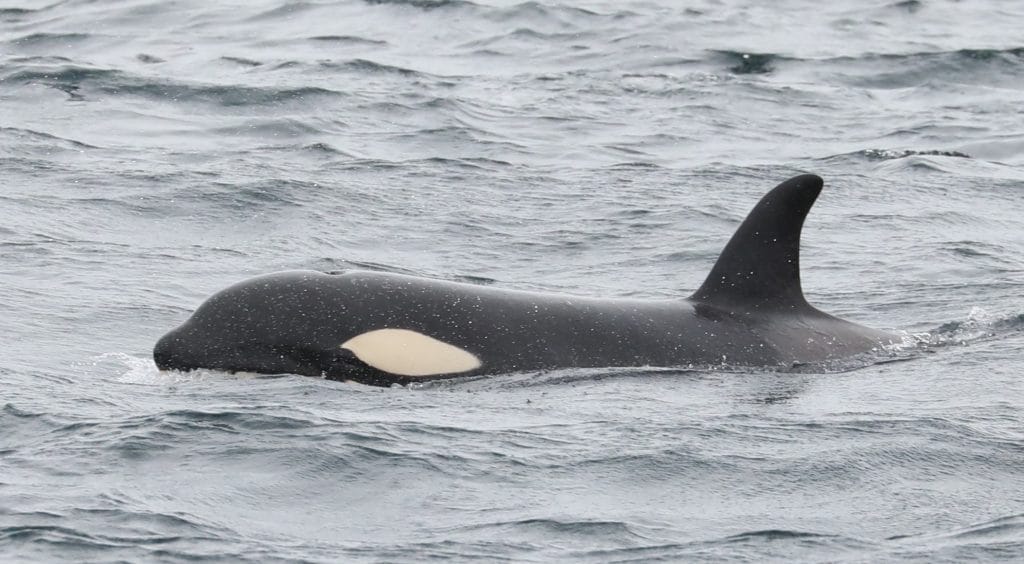 One of the Sanday four delights the watchers aboard the John O'Groats ferry. © Steve Truluck

Further sightings of the Sanday four and Icelandic orcas, ‘Hulk’ and Nótt were observed from the John O’Groats Ferry, who contributed massively towards the success of the event by offering a generous discount on ticket prices.

Furthermore, the event incorporated a series of talks in Wick, a beach clean of Sannick Beach and discounted rates on food from The Cabin and accommodation at Natural Retreats. Local retailers said that the event benefited their businesses and the local environment.

We’ll announce 2020’s Orca Watch dates in October – you really should join us!

Did you know you can adopt an orca?