Today is World No Tobacco Day and you could be forgiven for wondering what that’s got to do with whales and dolphins. Sadly, it’s very relevant because cigarette butts pollute the marine environment with plastic and harmful chemicals. 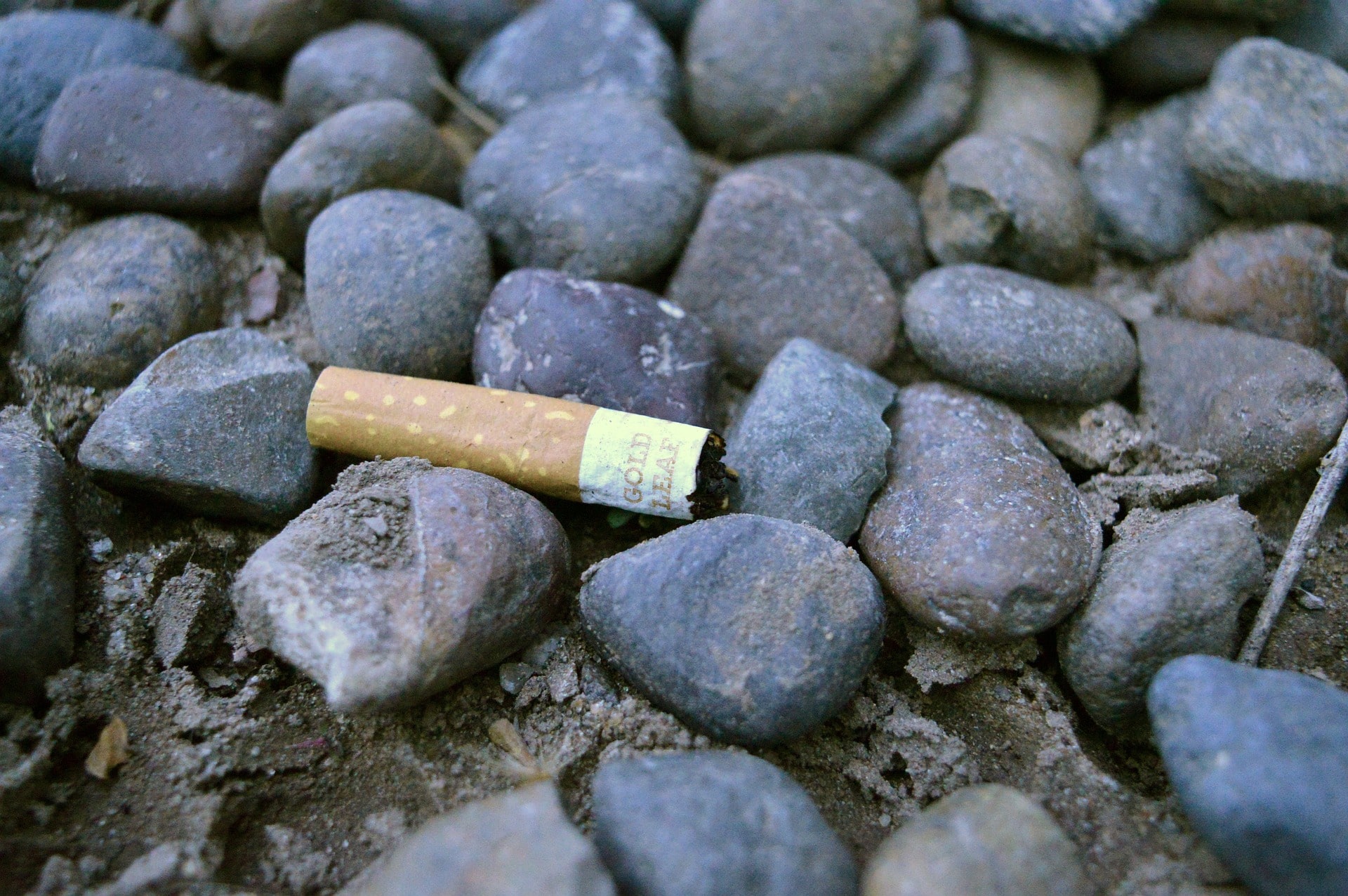 Cigarette filters are made of plastic and by the time they are discarded they contain thousands of chemicals including arsenic, lead, copper and nicotine. Rain and dew wash these toxic substances out and they seep into the ground and pollute our ground water. Cigarettes dropped in towns and cities can easily find their way to the ocean through drainage systems and rivers. According to studies, just one cigarette butt per litre of water is highly toxic to fish.

A recent Local Environment Quality Survey of England 2017/18 showed that 52% of smokers who smoke every day thought putting a cigarette down the drain was acceptable. Thirty-nine percent of smokers, equivalent to 3.6million in the UK, admitted to throwing a cigarette butt down a drain within the past month; and 11% of smokers did not consider cigarette butts to be litter.

According to the City of London website, six million cigarette butts are dropped on London streets every year and we spend £3.8 million cleaning them up - it's no small problem. 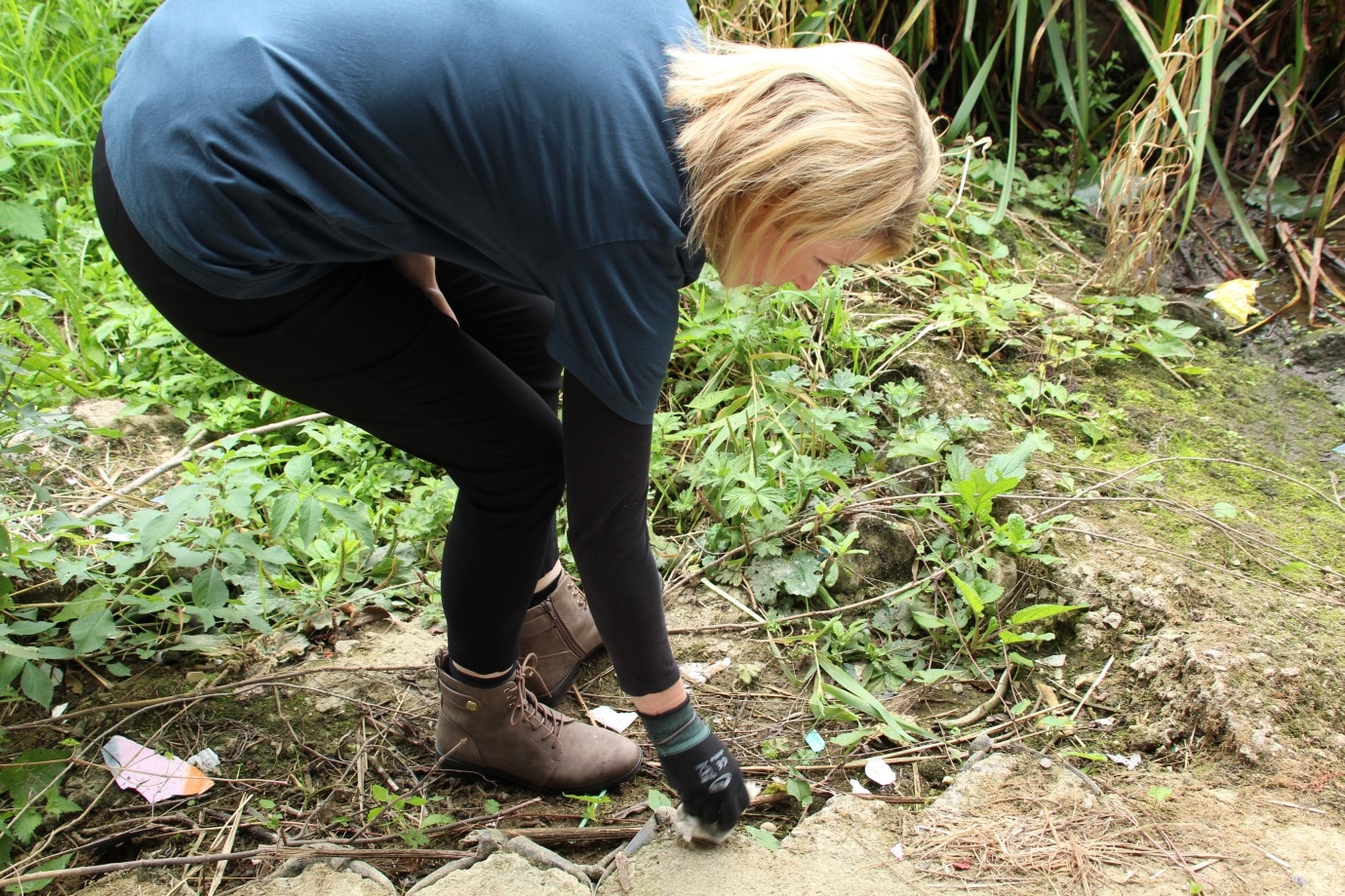 We found dozens of cigarette ends when we held an Urban beach Clean along the river near our office.

It’s not just the harmful substances that are an issue – the filters themselves cause harm to marine life because they are made of plastic. Over half of all whale and dolphin species have been recorded eating plastic they had mistaken for food and a recent UK research project found that all whales and dolphins examined had plastic in their digestive systems. Birds also mistake the filters for food and ingest the plastic and toxins. Cigarette butts are not just a problem within the UK, as they have been found all around the world, even in the Arctic. It can take up to 400 years for a cigarette butt to degrade in saltwater, but this doesn’t mean that it disappears; the plastic fibres from the filter remain as microplastic in the ocean.

In the UK dropping cigarette butts is considered littering and therefore a criminal offence. Anyone dropping smoking-related litter may receive a £150 Fixed Penalty Notice and the offence can attract a maximum penalty of up to £2,500. But it’s important that people understand why. It’s not just an eyesore – it is causing great harm to wildlife and polluting our oceans.

Germany’s environment minister has suggested that the tobacco industry should be paying for the clean-up of discarded cigarette butts. I’d argue that we all have a part to play and that education is key because a lot of smokers do not know what their discarded cigarette butt is doing to the environment and wildlife. Surely once individuals understand the damage they are causing when they drop a cigarette butt on the floor, they will change their behaviour. Just look at the way the public’s attitude towards single-use plastic has shifted since Blue Planet opened everyone’s eyes. The industry most definitely has to play its role too and develop ways to make filters without plastic.

Every one of us can make a difference - talk to people about this issue, buy a portable ashtray for yourself or a smoker you know or organise or join in with an Urban Beach Clean.

Want to do your bit?

Organise an Urban Beach Clean and clean up your local area. Remember, as much as 95% of the plastic in the ocean comes from our towns and cities.