MEPs voted today in favour of a new Regulation that includes measures intended to tackle the massive problem of dolphins, porpoises, seabirds and other protected species dying in fishing gear (also known as bycatch). But this new law falls short of what is urgently needed to turn around Europe’s dolphin bycatch problem and does very little that will actually improve the situation and reduce dolphin deaths. 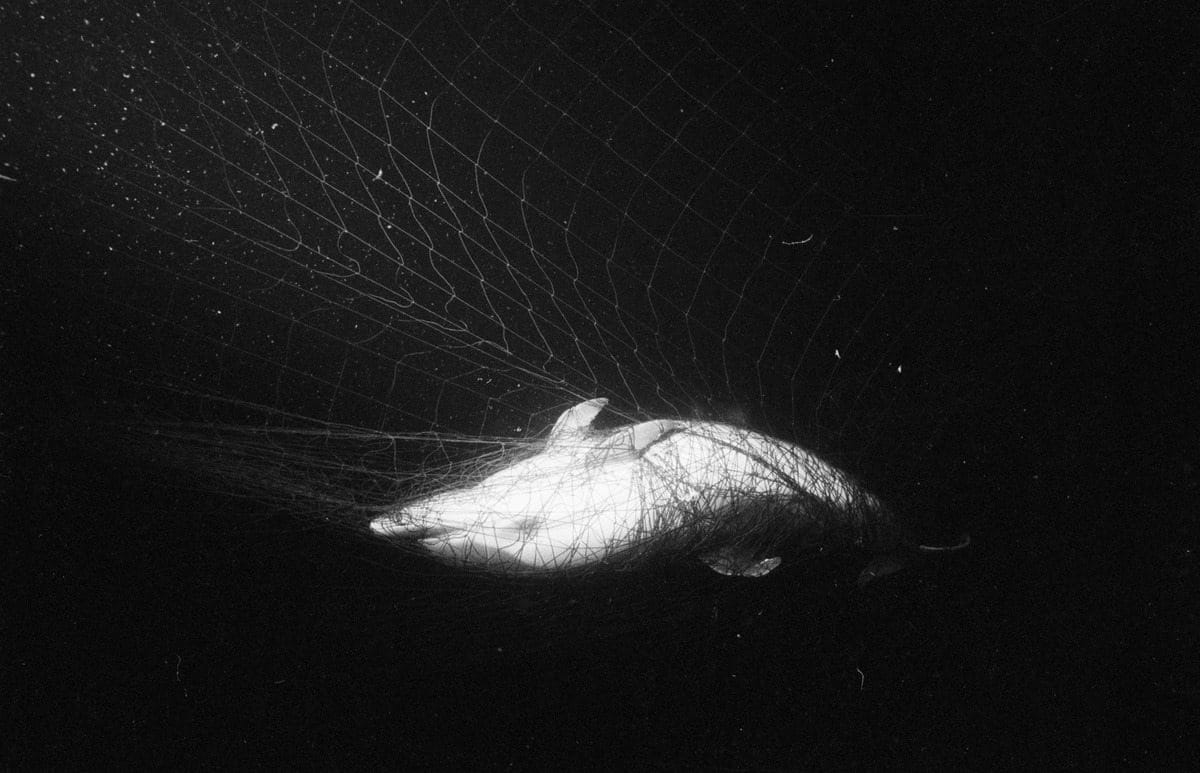 Dead dolphin in a French driftnet

The European Commission needs to step up action to ensure that existing requirements are met for monitoring on-board fishing vessels.  They need to collect enough data to understand bycatch levels accurately, and they must act to ensure EU Member States urgently develop strong national bycatch action plans to reduce the shameful numbers of dolphin and porpoise deaths.

Many thousands of dolphins and porpoises die in fishing gear in European waters every year. Scientific evidence, produced annually by the EU’s expert advisors, points to threatened and declining populations of harbour porpoises, common and bottlenose dolphins due to high levels of ongoing bycatch.

Following the vote, WDC’s Sarah Dolman commented: ‘Every European ocean, from the Bay of Biscay, Celtic Sea to the Mediterranean Sea, sees thousands of dolphins and porpoises dying in fishing gear. The recent example of more than 1,000 dead common dolphins washing ashore along the French coastline, many showing the tell-tale and gruesome signs of fishing gear damage, is emblematic of a problem that is typically “out of sight, out of mind”.’

‘These dolphin deaths have gone on for decades – thousands every winter. With almost no bycatch monitoring occurring, nations can turn a blind eye. For example, we have been aware of the fishing activities that affect the common dolphin population since the 1990s, yet these fisheries are not being adequately monitored or managed to prevent bycatch. This is Europe’s shameful marine secret. This new law could have tackled this situation directly, but it doesn’t.’

For a number of years, experts have continually highlighted that Member States are not implementing the laws in place to protect dolphins and porpoises from nets, and that existing bycatch measures need to be strengthened. European Parliament has now ignored the evidence and the repeated recommendations for improvements that these experts have provided. Given the opportunity lost with this new law, it is more imperative than ever that the European Commission and national governments pay attention to the public outrage about the unnecessary dolphin bycatch in European waters and take action to stop these horrific and needless deaths.