22nd February 2021
In what the government describes as a rapid regulatory change, fishers in parts of Norway...
Load More 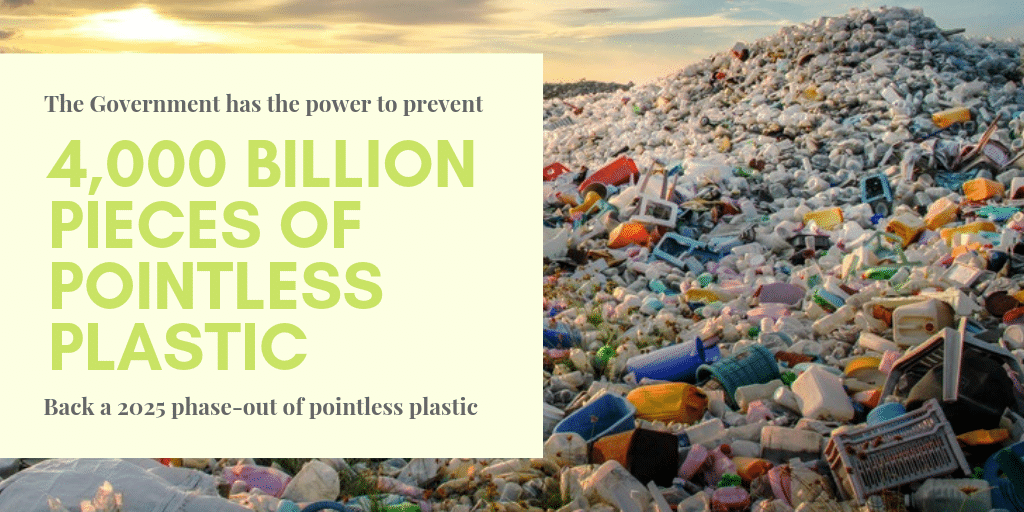 4,000 billion pieces of unnecessary single-use plastic waste could be consumed in the UK between 2026 - 2042

Eighteen leading environment charities (including WDC), coordinated by Wildlife and Countryside Link have put further pressure on the UK Government to phase-out all non-essential single-use plastics by 2025 to tackle the scourge of plastic pollution.

More than 4,000 billion pieces of unnecessary single-use plastic waste being consumed in the UK between 2026 - 2042 could be removed from circulation, helping to slash the ‘toxic plastic soup’ ending up in our oceans, rivers and countryside.

The joint report published today by the organisations also calls for a wholesale transition away from single-use plastic, and this must be an urgent priority if the Government truly wants to fulfil its pledge to be a global leader in tackling plastic pollution.

The groups state that the Government must focus on a reduction in the production and consumption of plastic items, followed by an increase in reuse and, finally, simple and cost-effective recycling, preferably within the UK.

The United Nations Environment Assembly announced last week that it will ‘significantly reduce single-use plastics by 2030’. This is notably much more ambitious than the UK Government’s current commitment to eliminate all avoidable plastic waste by 2042, as outlined in the 25 Year Environment Plan. The EU has also promised to eliminate many single-use plastics by 2025 - much sooner than the UK.

For more information on plastic pollution and inspiring ideas to help reduce your plastic use, visit WDC’s www.notwhalefood.com or search for #NotWhaleFood on social media.

2nd March 2021
Every dolphin, porpoise and whale who dies in fishing gear was an individual with their own life story. They probably had a family and friends,...

1st March 2021
Norway's government allows the minke whale hunts to go ahead under an 'objection' to the global ban on commercial whaling, and whalers continue to carry...

1st March 2021
Nature is in trouble in the UK. The most recent State of Nature report showed once again the poor health of our natural world, with...

Mercury Learning’s support for WDC is “out of this world”