Bristol-based video game sensations The Yogscast have delivered another amazing Christmas gift to WDC, with a donation of almost $340,000 from the 2018 Jingle Jam to help us continue our vital work protecting whales and dolphins across the globe.

Every year The Yogscast host the ‘Jingle Jam’, a charity event where the team stream live broadcasts on the gaming platform, Twitch, throughout December, encouraging their fans to buy a bundle of amazing video games from WDC partner Humble Bundle. All of the proceeds then go to their chosen charities, which once again included WDC.

Thanks to the generosity of their fans, as well as continued support from online games retailer Humble Bundle, together with Twitch, The Yogscast has raised an astonishing $14.9m since they started their Christmas charity livestreams in 2011.

We had a few warriors on our side too with actors Jon Campling (King Regis from the epic ‘Final Fantasy’ franchise) Jerome Flynn (Bronn from Game of Thrones, and WDC patron) and Sean Astin (Samwise Gamgee from Lord of the Rings) stepping in to thank The Yogscast and their fans on behalf of WDC. Check out our thank you video below.

From everyone at WDC, we say a huge ‘thank you’ to our wonderful friends at Yogscast, Humble Bundle and all of the developers who kindly donated their games to be part of the Jingle Jam this year. Thanks also to every Yogscast fan and subscriber who supported WDC with their donations. Happy New Year! 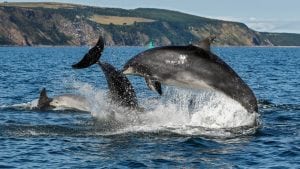