Tenerife, Spain – Wild-caught Norwegian orca Morgan, now held at Loro Parque in the Canary Islands, Spain, gave birth on September 22nd to her first calf.  The park announced Morgan’s pregnancy in December 2017, just weeks after SeaWorld ended their association with Loro Parque, essentially abandoning the six orcas that had previously been included in their inventory.

Loro Parque had refused to acknowledge SeaWorld’s decision to end their breeding program for orcas, arguing that reproduction was a natural behavior and a “right” for captive-held whales and dolphins, and claimed that Morgan’s pregnancy was unplanned despite keeping her with male orcas who had fathered two other calves born at Loro Parque.  Both of those calves were rejected by their mother, Kohana, and one died just before her first birthday.

The life of Morgan has been surrounded by controversy since she was found alone and emaciated off the coast of the Netherlands in 2010.  Captured under a permit to rescue, rehabilitate, and release her, Morgan was held at the Harderwijk Dolfinarium for rehabilitation.  Despite hopes that she would be returned to the wild or released into a sea sanctuary after being rehabilitated, veterinarians deemed her unreleasable and Morgan was transferred to Loro Parque in 2011.  The park claims that Morgan has a hearing deficiency that makes her unable to survive in the wild.  Estimated to be 11-12 years old, Morgan was probably born in 2007.  Orcas in the wild usually have their first calf at around 14 years old, while in captivity they may give birth much earlier.

A coalition of groups operating as the Free Morgan Foundation have argued that Morgan’s pregnancy violates the terms of her transfer to Loro Parque under the Convention on International Trade in Endangered Species (CITES) in the European Union.  A recent court ruling in the Netherlands found in favor of the permit to transfer Morgan from the Netherlands to Spain, but noted that the Dutch CITES Management Authority did not fully consider the issues raised by the Free Morgan Foundation, opening the possibility of an appeal.

Continued updates from Loro Parque have indicated that Morgan was not producing enough milk for her calf, and supplemental bottle-feeding was necessary to ensure the calf was getting the needed nutrition.  They have not separated Morgan and her calf, and now say she is nursing normally. 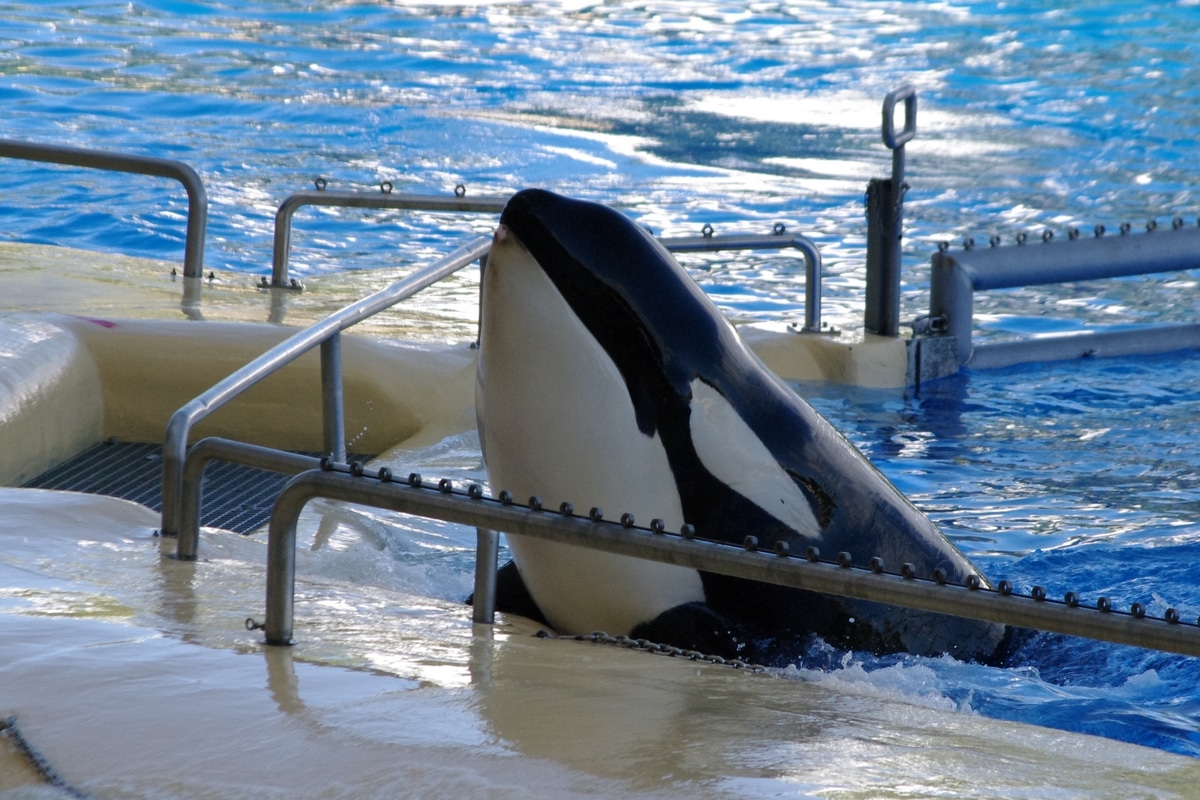