Design plans for a new eco-yacht that collects plastic from the ocean and recycles it into fuel have been unveiled in Southampton.

The £40million ‘Ocean Saviour’ has been specially designed to scoop up five tonnes of plastic pollution each day, which is then recycled into fuel that will power the vessel itself.

The ‘Ocean Saviour’ has been described as the a ‘combine harvester of the sea’ because it will use two 230ft booms on either side of the ship to gather up the plastic, funnel it in to the vessel via a conveyor belt where it is then chopped and processed through onboard machinery to break it down. 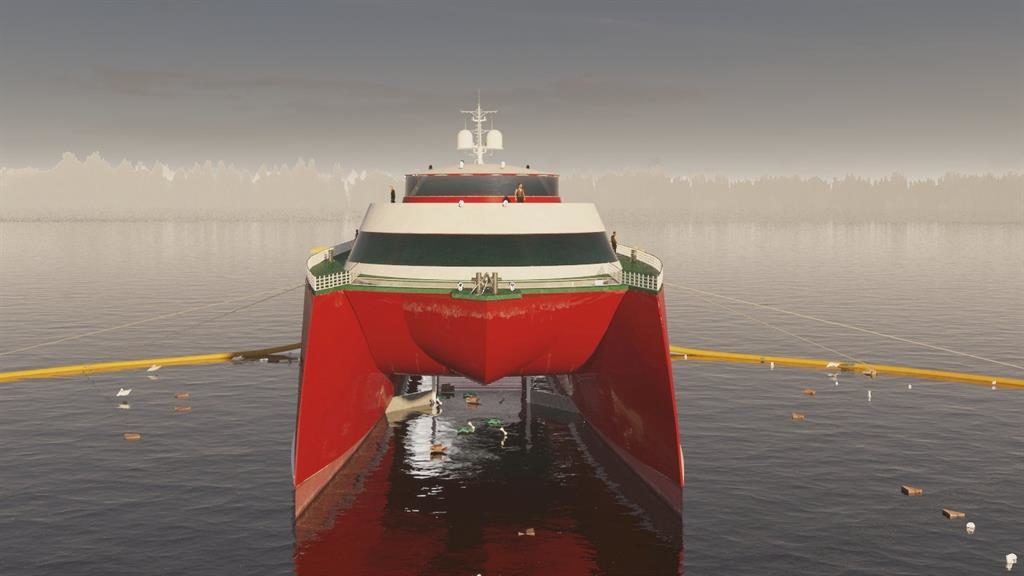 The finely-chopped plastic will then be used to fuel the vessel, meaning it can power itself for months on end and carry on collecting plastic.

Plastic pollution is a growing threat to whales and dolphins as well as seabirds and other marine creatures. Fifty-six percent of all whale and dolphin species, from small fish-eating dolphins to the largest filter feeding whales, have been recorded eating marine plastics they’ve mistaken for food.

For more information on the plastics issue, its effect of whales and dolphins, and how you can help, go to WDC’s #NotWhaleFood site and join the battle against plastic pollution.