UPDATE on 7/9/2018: Since early August, a minimum of 38 Cuvier's beaked whales have stranded, dead, on the coasts of west Scotland. At least 19 have stranded on the Irish coastline. We are very pleased that the UK and Irish governments have agreed to conduct an investigation. A further 3 Cuvier's beaked whales and 9 nothern bottlenose whales (another kind of beaked whale) have stranded dead or alive in Iceland since July. WDC plan to raise this issue at a forthcoming meeting of ASCOBANS (Agreement on the Conservation of Small Cetaceans of the Baltic, North East Atlantic, Irish and North Seas). We are also discussing necessary actions with scientists involved in each of the countries involved in the strandings.

You may have seen the news stories about a mass stranding of dead Cuvier’s beaked whales along the coast of Ireland. So far, at least six but up to 11 whales from Co Donegal, Mayo, Co Galway and Co Sligo and Scotland’s Western Isles (six individuals found on North Uist, South Uist, Eriskay and Islay), since 3rd August 2018. Why did these strandings happen and what can we do about it? 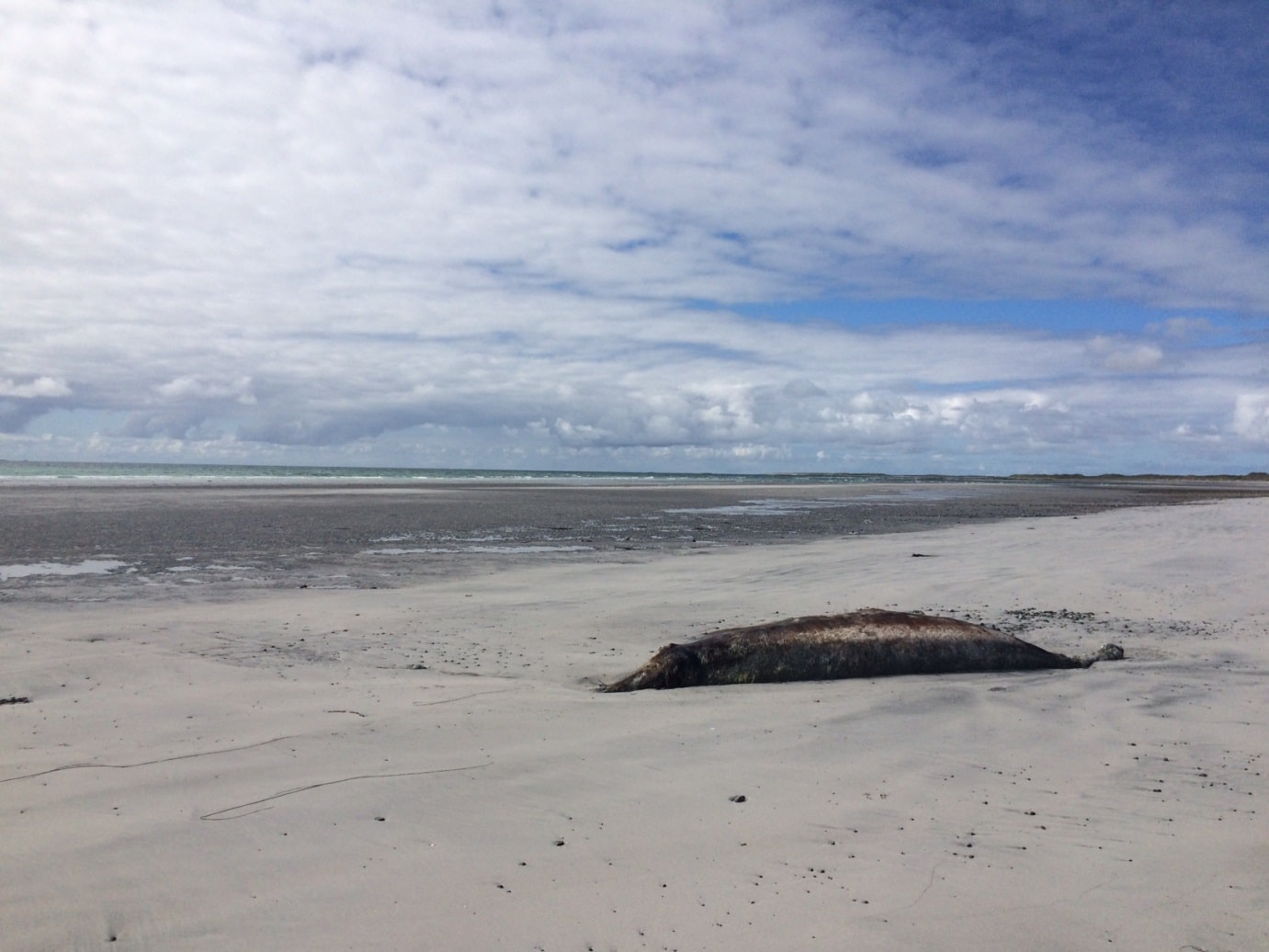 Cuvier’s beaked whales live in the deep waters off the west coast of the British Isles in the North East Atlantic ocean. We know very little about their distribution or the numbers that live out there.

Cuvier’s beaked whales can dive to great depths, of about 2 miles, and they spend much more time at depth than they do at the surface. Mass strandings of Cuvier’s beaked whales often result from offshore human activities. Most regularly, due to active sonar used by military forces to locate submarines. 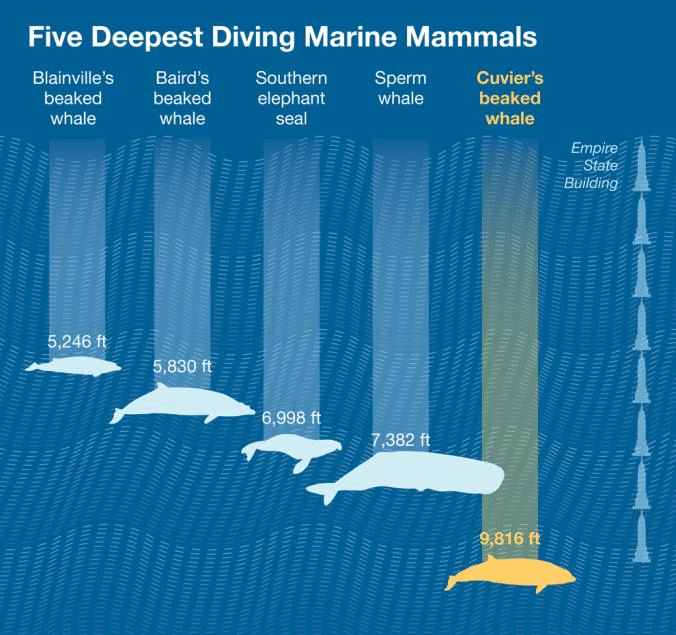 Sound travels well in deep water and very loud sounds, like active sonar, may frighten whales to the surface too quickly, leading them to suffer decompression-like symptoms, similar to divers. This can kill them. Some whales strand and others have been found floating dead at sea as a direct result of military activities offshore. There have been no mass strandings of Cuvier’s beaked whales in the Canary Islands, previously a stranding hot spot, since active sonar was banned within 50 nautical miles of the coast in 2004.

All of the individuals that have come ashore in the last 2 weeks (and the two that were found floating dead at sea off Inisboffin in Ireland and Eriskay in Scotland) are severely decomposed. It is much more difficult to determine the cause of their death(s) if the whale’s bodies are in such a poor condition which is frustrating for scientists.

Something appears to be happening offshore that is killing these whales and causing them to come ashore. It is important to find out as much as possible even though their bodies are very decomposed and there are no post-mortem results.

The potential implications of such events and the large number of individuals involved make this a very worrying situation. We do not know how many Cuvier’s beaked whales live out in the North East Atlantic ocean, and we cannot know either how many die but do not wash ashore for us to discover.

The Irish Whale and Dolphin Group and the Scottish Marine Animal Stranding Scheme are doing what they can and we are ready to help them to get to the bottom of these deaths. 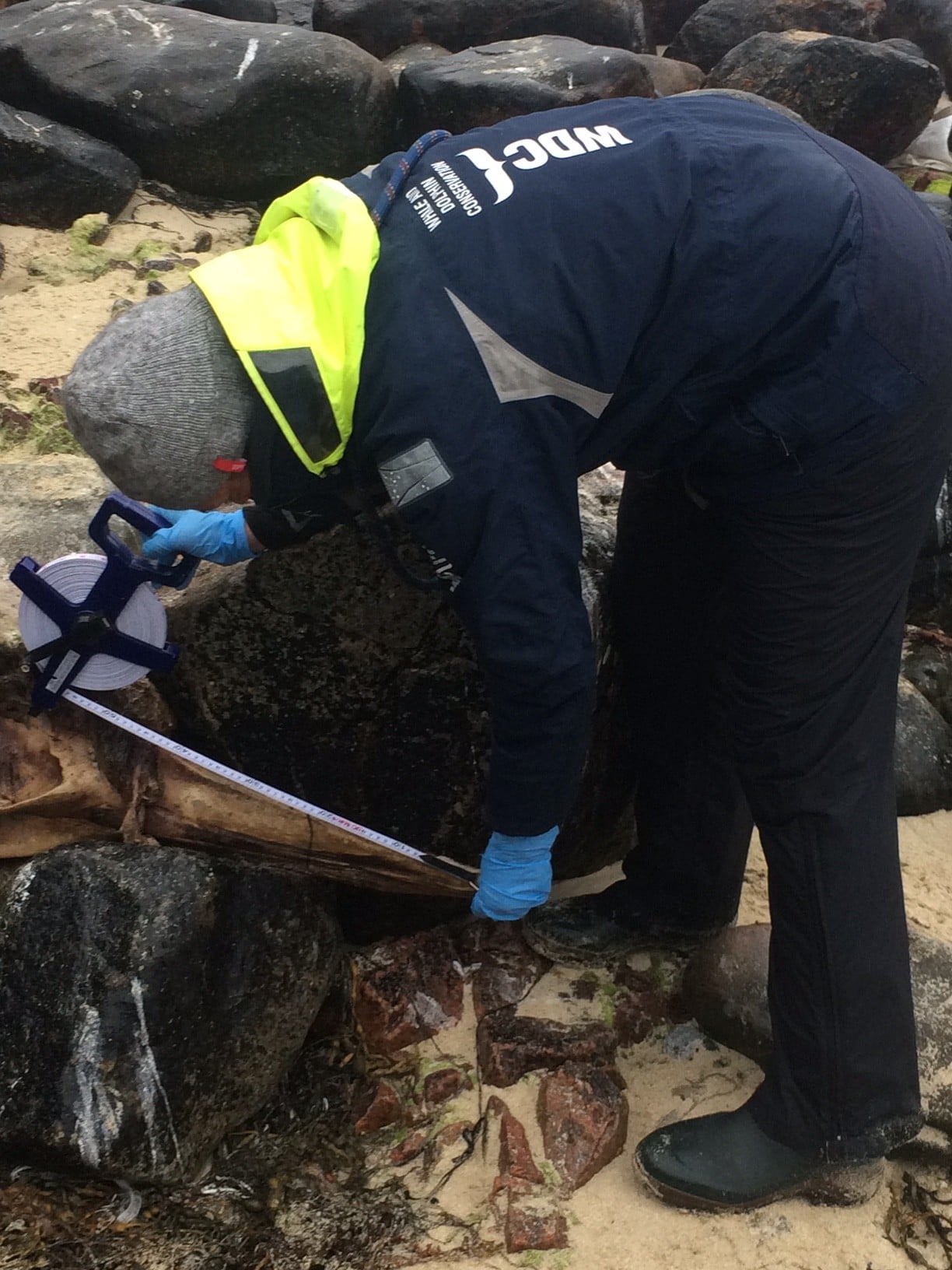 What needs to happen now?

Whilst the whales stranded in different countries (Ireland and Scotland), the whales are geographically not spread so far apart across west Ireland and the Western Isles. We believe this to be one event and we would like to see the UK and Irish governments work together to investigate this ‘collective’ event.

The UK Department for Environment Food & Rural Affairs (Defra) is now launching an investigation and we are calling for a full and joint investigation with the Irish government, to find out as much as possible about the possible cause(s) of the deaths. This should include a timeline of when the whales are most likely to have died, and where (using drift-model analysis). It needs to be determined what human activities were occurring offshore, including military, during that time period. This area should be broad given that past mass strandings have occurred more than 100 nautical miles from where naval exercises were taking place. The investigation should be conducted independently of the military.

The new UK Marine Noise Registry is a good start to understanding activities that generate noise in our seas. However, it needs to include near real-time records of all activities that include noise sources that can impact marine wildlife (including military exercises, explosives, all types of seismic survey use (research as well as exploratory) and use of Acoustic Deterrent Devices). It also needs to make data in the Registry available for analysis in situations like this mass stranding event.

3)      Better management of military and other noisy activities

Much better monitoring and management measures should be put in place during military and other noisy underwater activities. Regardless of the cause of this mass stranding, military activities around the world do not adequately protect Cuvier’s beaked whales and other species from harm potentially caused by active sonar. Independent, continuous acoustic monitoring is required in offshore waters, as well as around our coasts, to be able to pick up loud noise sources whoever it is that makes them.

If you would like to help our work looking into the causes of these strandings, please make a donation. Thank you.