When you hear the words ‘dolphin hunts’ it’s likely that you think of Japan or the Faroe Islands. Although they are complicit in the deaths of many thousands of individuals, they are sadly and probably surprisingly, not the worst offenders.

I knew that dolphins and small whales were being hunted in many countries all over the world and suspected that these horrific hunts were increasing at an alarming rate. But somehow they seemed to be slipping under the radar. I didn’t think that anyone really had a handle on the scale of the problem and so I got together with colleagues at likeminded organisations to find out exactly what is going on and expose it to the world.

As a result, I’ve just spent the best part of a year co-authoring a report which uncovers which countries are killing which species and in what numbers. We also looked at what the hunters were using the bodies for. It has been one of the hardest things I’ve had to do in my career as a whale and dolphin scientist and conservationist. The information I uncovered about the scale of this issue and the sheer numbers of dolphins and small whales being slaughtered was both overwhelming and deeply upsetting. 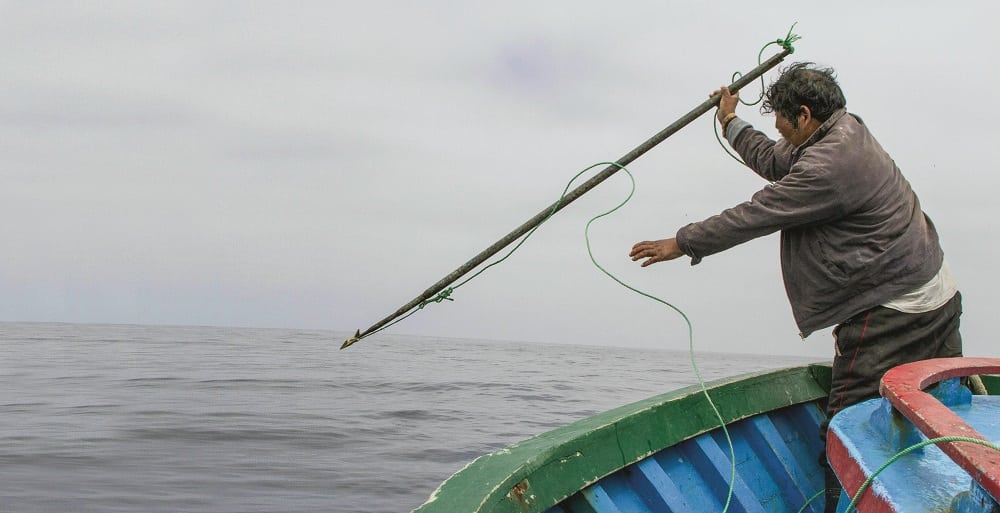 We analysed more than 300 scientific publications, local media reports and eyewitness accounts and our report reveals that more than 100,000 dolphins and small whales are hunted and killed every year – many to be used as bait in shark, tuna and other fisheries. These hunts target 56 different species and are carried out in more than 40 countries. Most of these hunts are unregulated, illegal, unsustainable and with unknown impacts on marine populations. I think what upsets me the most is that because the hunts are illegal, this is probably a gross underestimate. It’s likely that entire populations, even species will be wiped out. The individuals who are killed will suffer a prolonged and intensely cruel death as most are killed using rudimentary methods, some are even blown apart by dynamite.

Are you shocked? I was.

The reasons differ from country to country; human consumption, use as bait, traditional medicines/amulets, currency, waterproofing, sexual gratification or the elimination of a perceived competitor for declining resources. Some species have been hunted by indigenous people in a number of places around the world for millennia, while in other regions, especially parts of West Africa and Asia, and where industrialised and often illegal, unreported, and unregulated fishing is overexploiting fish resources, dolphins and small whales are increasingly hunted as a food source to meet the protein demands of a growing human population. But the precarious conservation status of many populations, and their slow rate of reproduction, and their high contaminant burdens show without a doubt that they are not a safe and sustainable choice to provide food security. 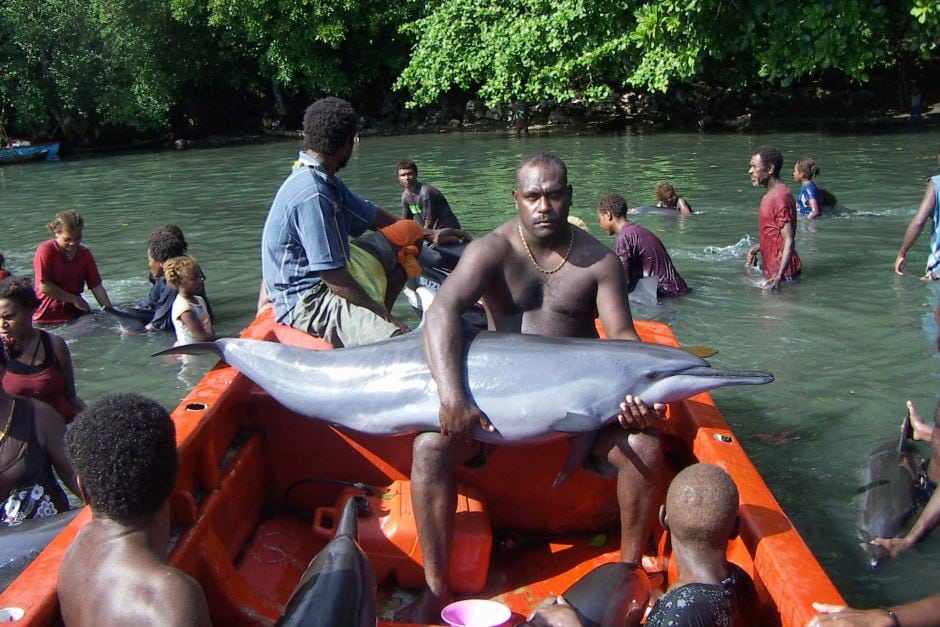 The hunting of small whales, dolphins and porpoises is illegal in many countries, but enforcement in remote areas, for example in Brazil, Sri Lanka or Peru, is weak and a flourishing black market has been established. Typically, where legislation is in place, yet again, appropriate control and rigorous enforcement measures are often lacking.

Whilst hunting for human consumption has declined in many regions, killing for use as bait in fisheries has been on the rise. The meat from dolphins and small whales is considered ideal for bait due to its durability in the water, allowing it to remain attached to hooks even after extended periods of soaking, and because of its quality as an attractant due to its high blood and fat content.

We know that people will find this shocking and terribly upsetting but we need to get this information out because we desperately need action to stop the hunts. We’ve written this report for the hundreds of thousands of individuals who will suffer a cruel, agonising and frankly terrifying death; for the dolphins and small whales who will lose family and friends, and for the populations and species that could be wiped out. We will take our report to the highest diplomatic and scientific powers, including the International Whaling Commission, the Convention on Migratory Species and the Convention on International Trade in Endangered Species, we will undertake undercover investigations in some of these countries to expose the true scale of the issue and we will work within countries to help them understand the economic benefits of whale and dolphin watching.

If you want to help, please make a donation

We reveal who the worst offenders are and how many dolphins and small whales do they kill each year and for what?

Venezuela : several thousand (for meat market and as fishing bait)

Madagascar : several thousand (for meat market and as fishing bait)

India : several thousand (for meat market and as fishing bait)

Malaysia : several thousand (for meat market and as fishing bait)

Here are some of the more shocking revelations in our report:

•           In Indonesia, a single net set was found to catch over 577 pilot whales and 312 unidentified dolphins during one 11-month ‘set’. All marine species killed using this method were processed into pet food for export.

•           These hunts are unselective – no specific species, size, or sex is targeted; instead, the most easily accessible individuals are hunted, making river and coastal dolphins especially vulnerable to over-exploitation.

•           Within the Arctic, the number of individuals killed in subsistence hunts by indigenous peoples has expanded in recent decades. This is as a result of human population growth (which increases demand), the introduction of modern techniques and changing sea ice conditions related to climate change facilitate easier access. Despite many of the hunts being ‘managed’ by a quota system, catch limits are frequently exceeded and the actual number of individuals killed is often even higher because of the large number struck with a weapon but not landed.

•           Thousands of botos and tucuxis are hunted annually for use as bait in commercial fisheries. In one river in northwestern Brazil, more than 1,500 individuals are estimated to be killed each year. One study found a 50 percent population decline of boto between 2004 and 2014.

•           Despite legislation, 15,000 dolphins and small whales are killed every year in Peru, primarily for bait, but a considerable amount of dolphin meat is also sold illegally in Peruvian markets for human consumption.

•           In St Vincent and the Grenadines – over 500 dolphins and small whales (including orcas) are killed each year. Small pieces of blubber and meat, known locally as ‘crisps’, are eaten throughout the country.

•           The increase in the value of dolphin meat (or individual carcasses) suggests an escalating trade in whale and dolphin products despite national prohibitions. This is of particular concern in both Ghana and Nigeria, which are currently responsible for the highest documented number of kills in West Africa.

•           Both bycatch and deliberate hunting of the Atlantic humpback dolphin were so intensive in some places in West Africa that the species was driven to local extinction. Furthermore, there is the suggestion that common bottlenose dolphins are now being depleted faster than other species and the total annual catch is considered unsustainable.

•           Whale and dolphin meat that is not consumed locally is salted, smoked and dried, and then traded into northern Togo, Burkina Faso, Niger, and Mali.

•           All countries of Southeast and East Asia report hunts for marine mammals, as well as the opportunistic use of live and dead marine mammals obtained from stranding and bycatch.

If you want to help, please make a donation 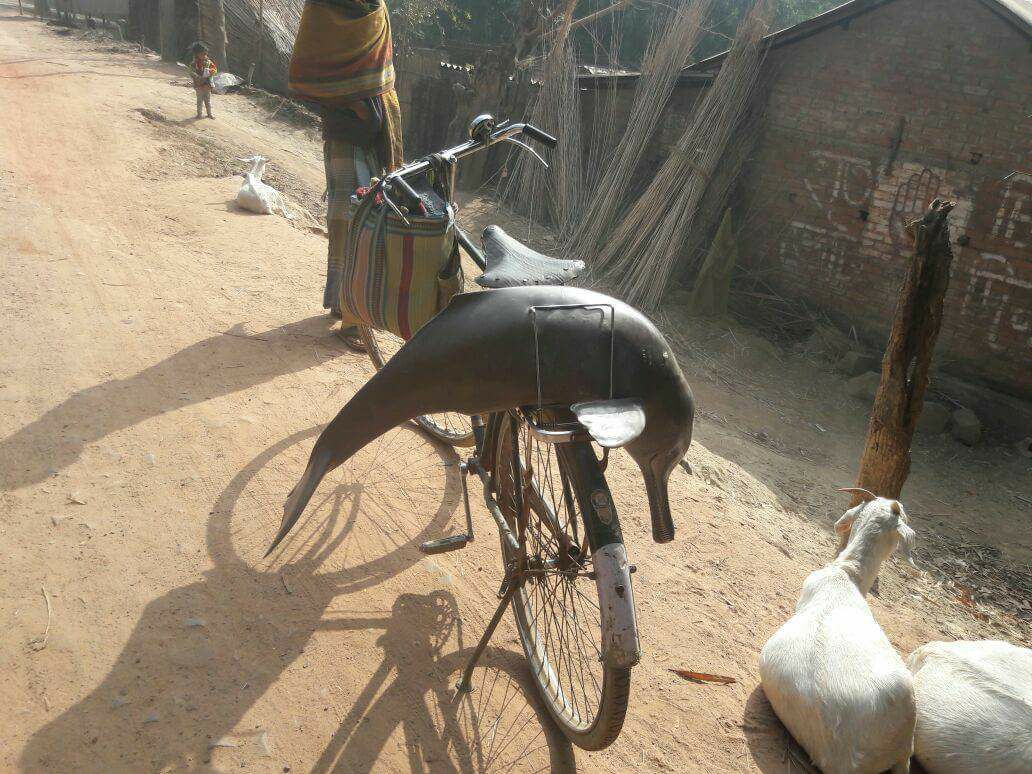 View all posts by nicola.hodgins →