Elspeth Shears is a residential volunteer at the WDC Scottish Dolphin Centre in Spey Bay. Our visitor centre is on the Moray Firth, north east Scotland, home to the most northerly population of bottlenose dolphins in the world.

With the Scottish sun shining up above on a beautiful Sunday in Moray, Scotland, more than 60 eager volunteers gathered at WDC’s Scottish Dolphin Centre ready for an afternoon of beach cleaning at Spey Bay to celebrate our partnership with 4Ocean – a company whose bracelets made from recycled ocean plastic help to fund beach cleans around the world, and support the work of charities like WDC. Armed with litter pickers, gloves, rubbish bags and plenty of enthusiasm we donned our bright blue 4Ocean t-shirts and headed out onto the beach. 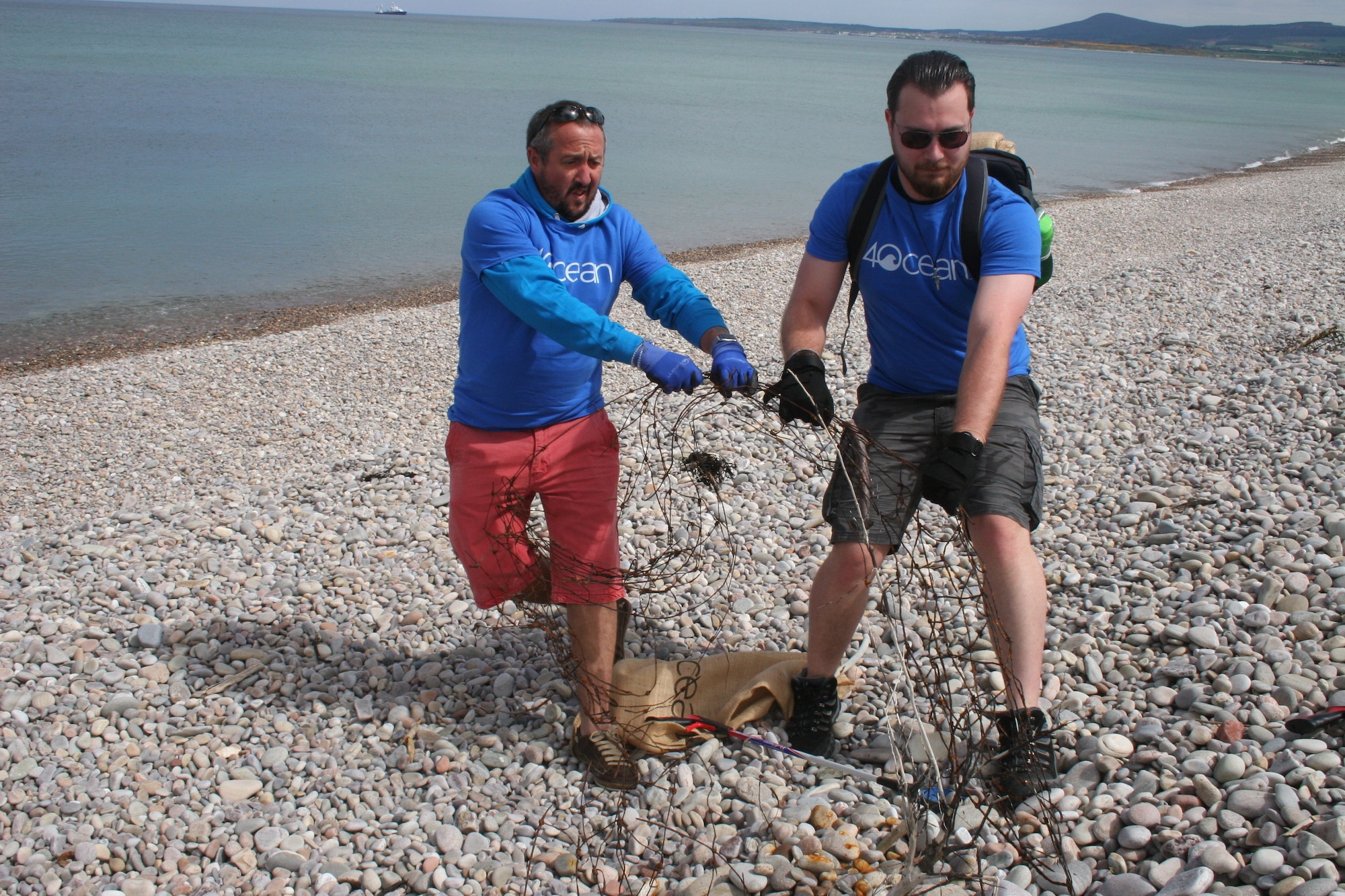 It is always difficult to know what to expect when undertaking an organised beach clean. What are we going to find? How much rubbish litters our coasts? One thing for certain is that our intentions for the day were clear – to confront the pollution problem we are facing. I think there is something rather special about a group of people coming together for a single cause such as this.

Physically clearing up litter is an integral part of tackling the plastic problem in our oceans.  4Ocean have led their own global clean-up effort for the last couple of years, pulling pounds of litter from the ocean every single day. Plastic that finds its way into the sea poses a real threat to the marine creatures that unknowingly ingest it or become entangled in it. As a charity working to protect whales and dolphins, WDC are raising awareness about the detrimental impacts of marine pollution. Because plastic is Not Whale Food! As two organisations united in the fight against plastic pollution, WDC and 4Ocean joined forces and hosted the beach clean event at the Scottish Dolphin Centre in Spey Bay. 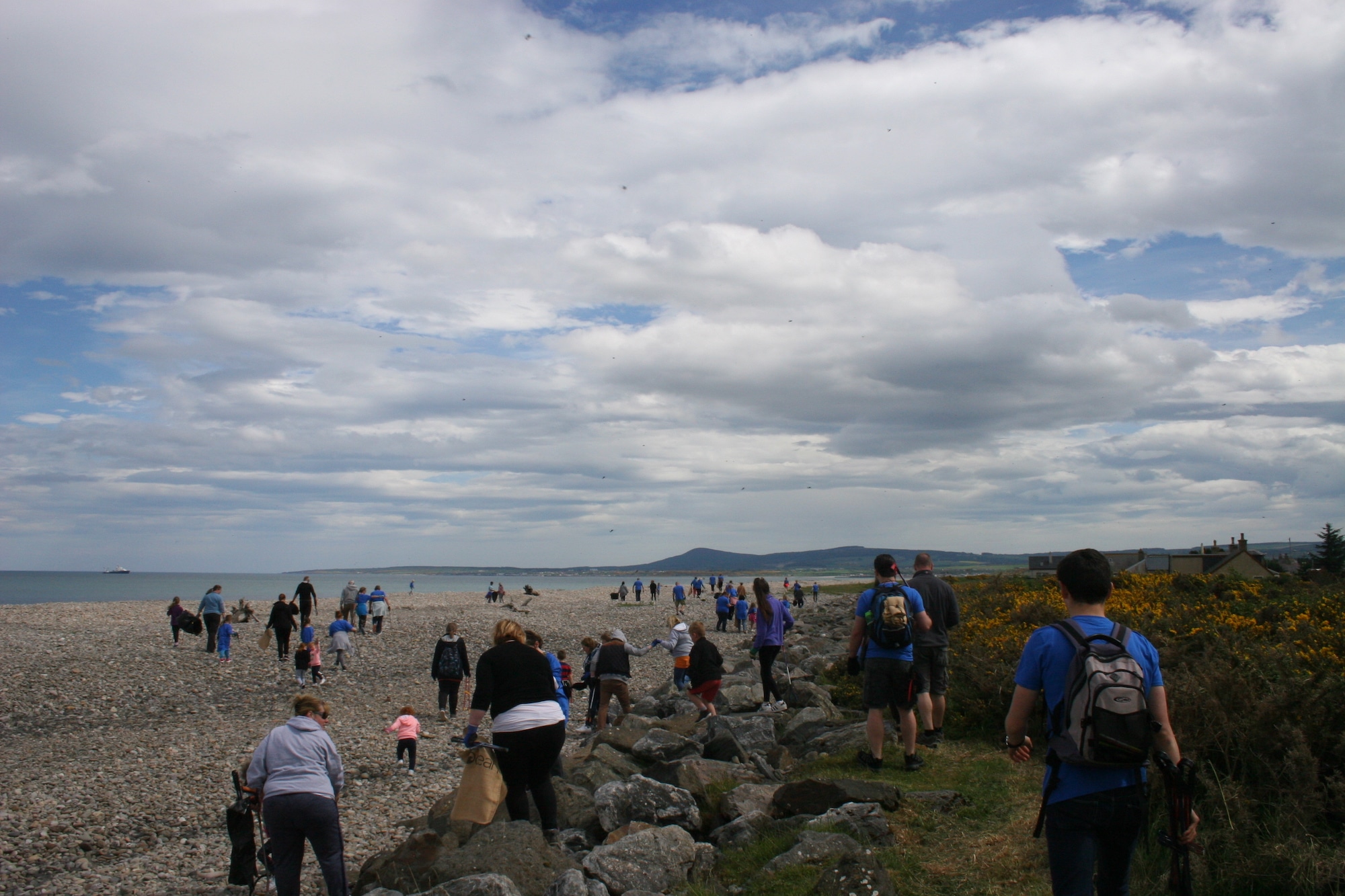 Between 4.8 and 12.7 million tonnes of plastic enter the sea each year – that’s more than the total weight of every blue whale on the planet – and there are increasing concerns that the amount of plastic in the ocean could triple by 2025. These figures are completely mindboggling to comprehend, emphasising the scale and urgency of this problem.

56% of all whale and dolphin species, from small fish eating porpoises to the largest filter feeding whales, have been recorded eating plastic that they have mistaken for their natural food source. The issue is that no matter if it’s plankton ingesting micro plastics, or a turtle ingesting an entire plastic bag, plastic can travel all the way up the food chain via a process called bioaccumulation. So, by the time you reach the top of the food chain, species such as whales, dolphins and sharks are left with astonishing levels of toxins in their bodies.

To tackle this issue and its impact on whales and dolphins across the world, 4Ocean chose WDC to be their monthly cause for May this year, releasing a whale bracelet. These bracelets are made from 100% recycled materials and the profits go to 4Ocean’s ongoing work to clean up our seas. Furthermore, 10% of the profits from their whale bracelet went to WDC to help us keep whales and dolphins safe and free. I feel that the bracelets also succeed in uniting people together, symbolising the passion we share for our ocean environment and the commitment we have to creating cleaner oceans. 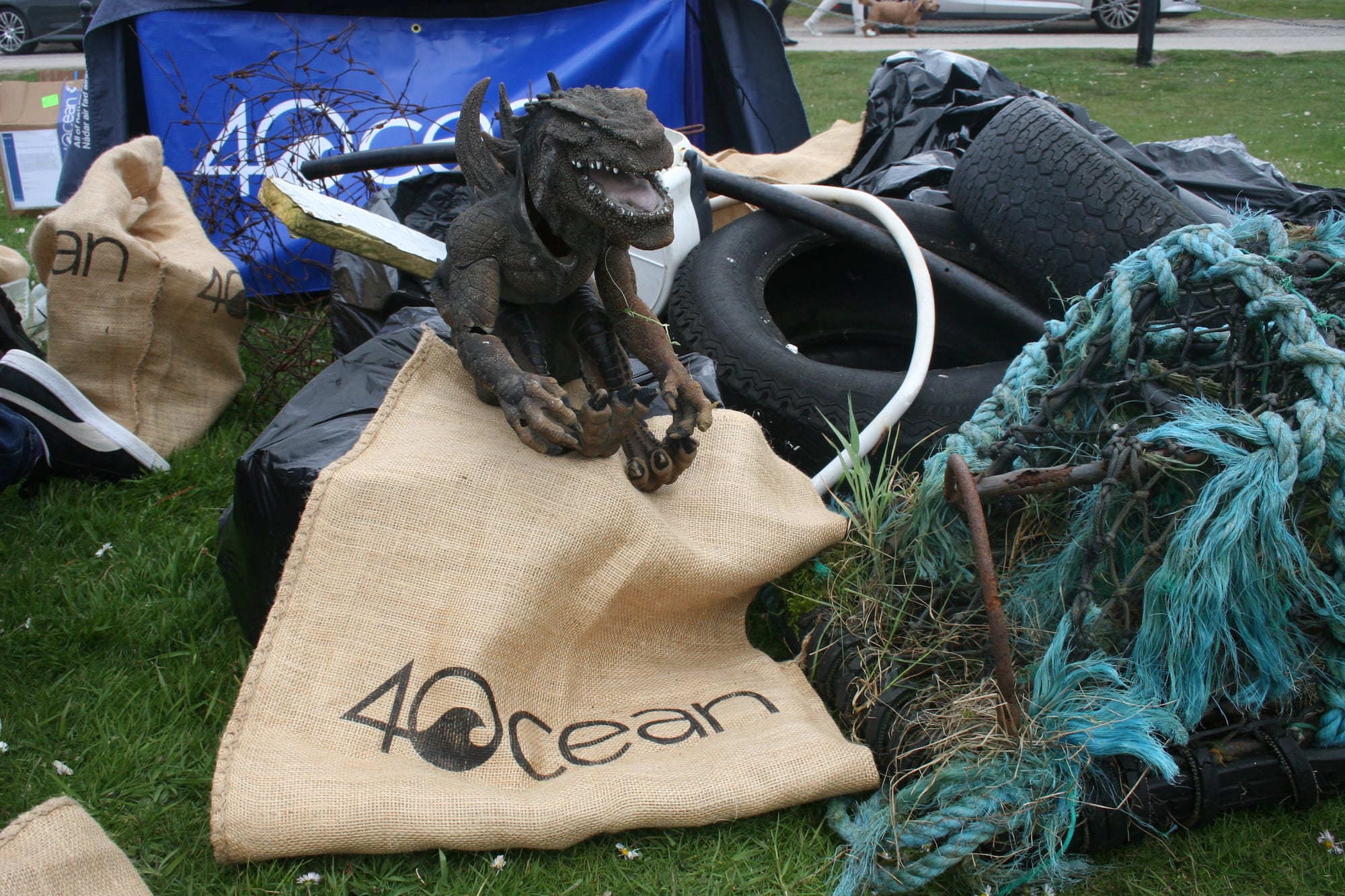 After the best part of an hour spent scouring the beach for plastic we assembled back at the Scottish Dolphin Centre to see the results of our work. The total weight of all the rubbish exceeded 60kg, including a giant model Godzilla, numerous car tyres, lobster pots, reels of chicken wire, drainage piping and a soap dispenser. We can plainly see the outcome of our efforts.  As one volunteer summed up nicely, there was a sense of feeling really proud of what we achieved that day. Not just in terms of the debris we prevented entering the sea and harming all kinds of marine life, but also the positive community that was created as a result. It’s amazing what one group of like-minded individuals can achieve and just how far a bit of good intention can go. 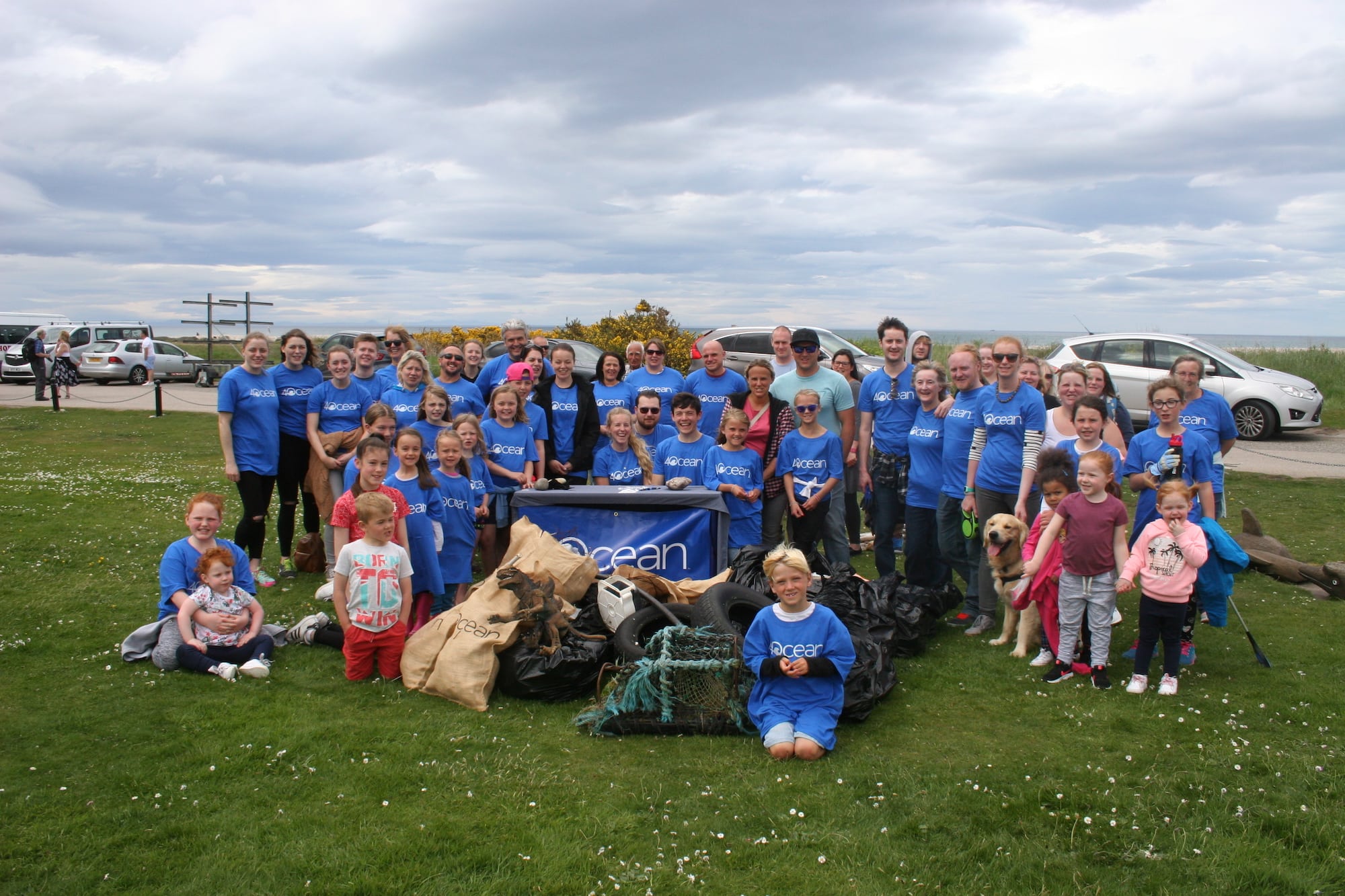 Feeling inspired to join the clean-up movement? Have a go at organising your own beach clean. Around 95% of the plastic in the ocean comes from our towns and cities so even if you don’t live near the coast, you can join in with an Urban Beach Clean and support WDC’s #NotWhaleFood project.