Would you believe that more than 550 dolphins are held captive in 68 facilities across Mexico and the Caribbean? These dolphins are imprisoned primarily to amuse cruise ship passengers on ‘shore excursions’. Every day, hundreds of tourists disembark the cruise ships and pour into dolphin theme parks to hug, kiss and swim with the captive dolphins.

Will you join our campaign? Sign our petition and urge the world’s largest cruise company to take a stand and stop exploiting dolphins. 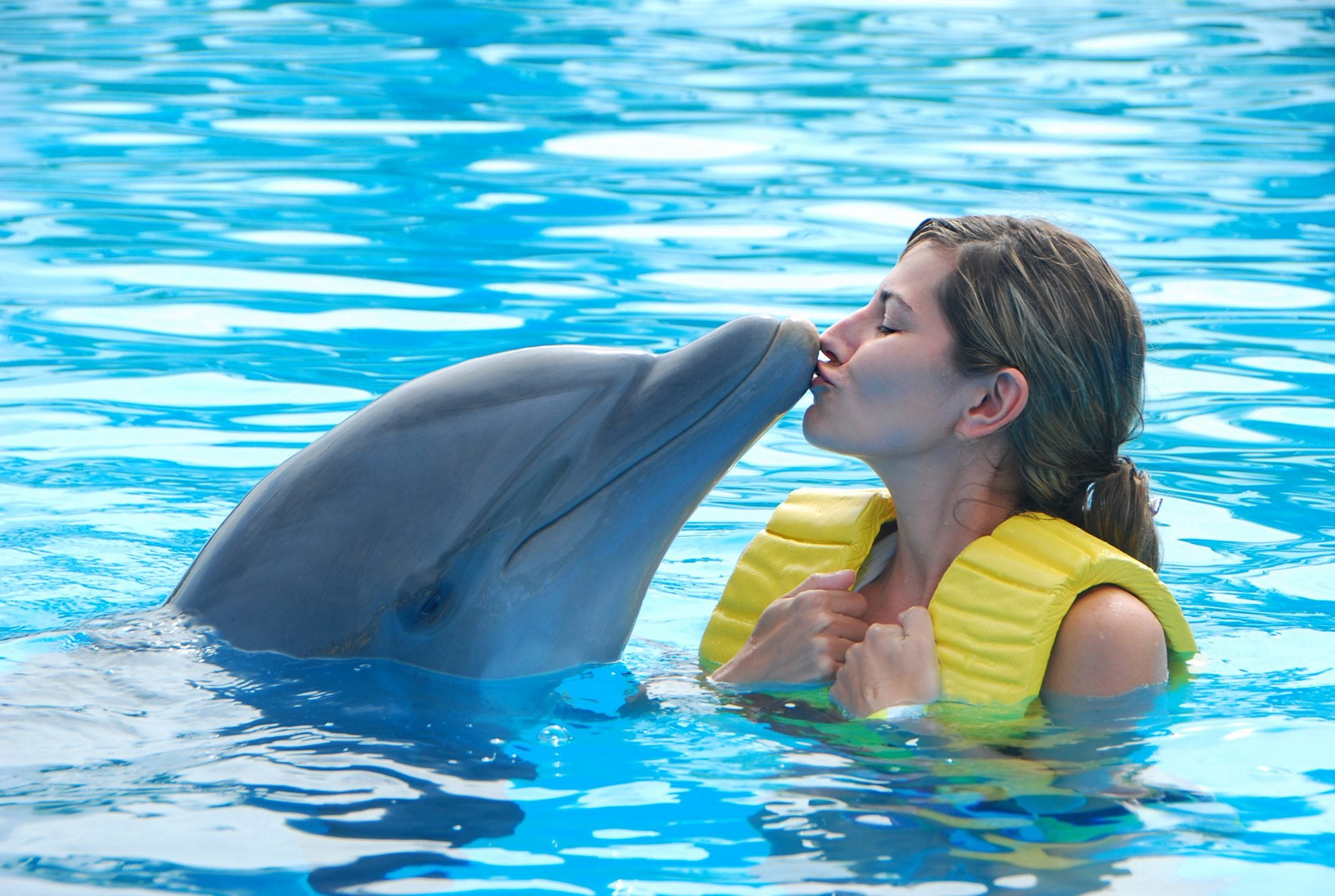 Carnival is the world’s largest cruise company and we’re calling on them to show leadership and sail the cruise industry out of the dark ages.

Over the years we’ve presented Carnival and others with a strong case against these facilities for the harm they do to dolphins. But they choose to keep supporting them. In recent weeks and months we’ve been in contact with representatives from Carnival and its subsidiaries to let them know about our upcoming campaign and to ask them again to change their policy. We’ve received conflicting and inconsistent information. Now it’s time for them to stop fobbing us off and listen to the public.

Cruise ships and the cruise industry are huge. They carried 25 million passengers last year 1.8 million of whom were British. The largest ever cruise ship will sail her maiden voyage later this month. She can accommodate a staggering 6,800 passengers over 18 decks in several ‘neighbourhoods’. Cruise ships are floating cities and what’s not to love – they offer convenience, variety and value. You unpack once and the ship brings the world to you. In an industry of giants none come bigger than the monolithic Carnival Corporation. With annual revenues of $15 billion it has a combined fleet of over 100 vessels across 10 cruise line brands including household names like P&O Cruises and Cunard.

The world’s most popular cruise route is the Caribbean. In 2016, 240 ships offered Caribbean itineraries, and this sheer volume of vessels keeps prices low. An integral part of any cruise experience is the ‘shore excursion’. These can include anything from a beach activity to cultural tours and resort attractions. 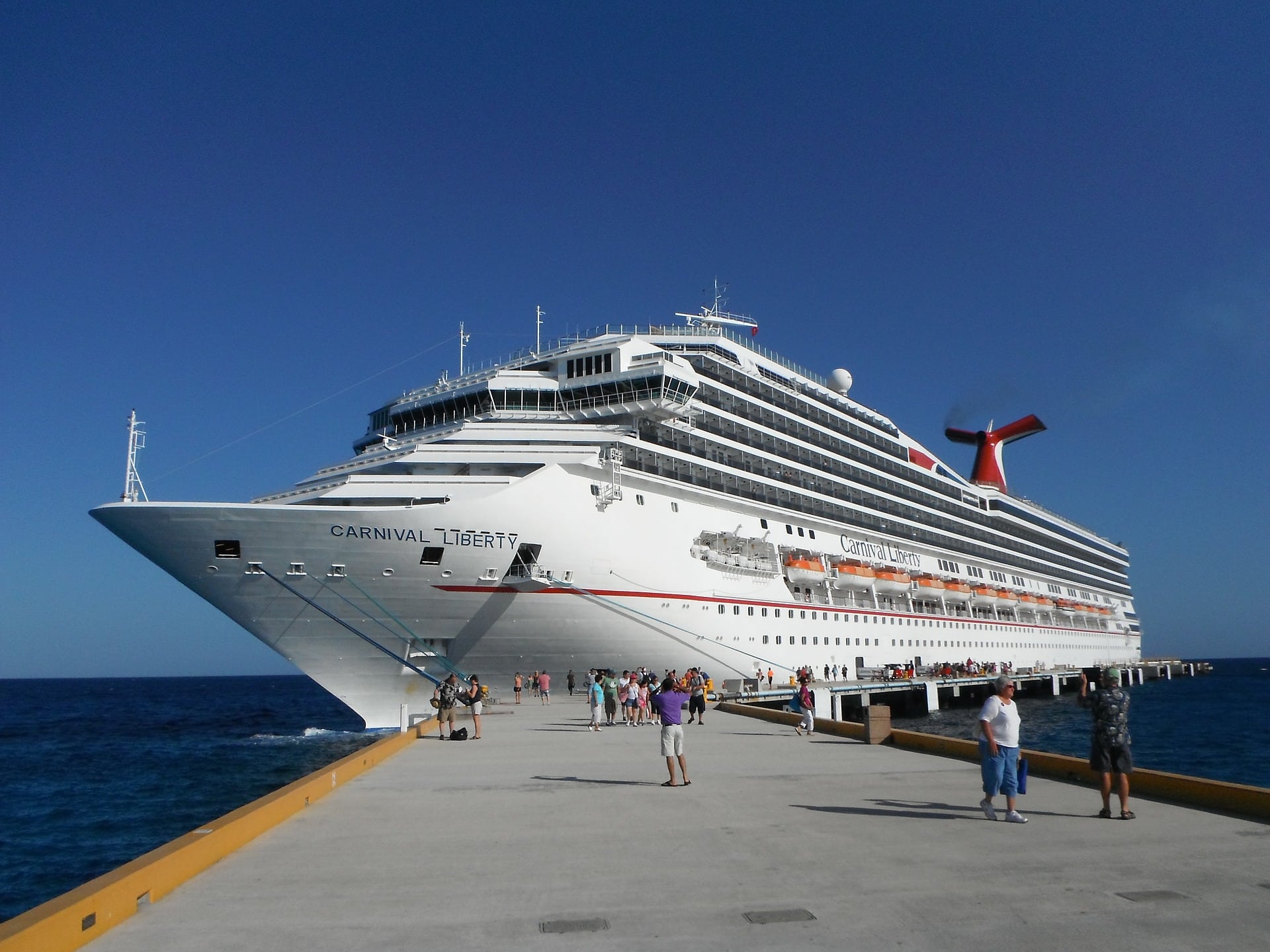 Resort attractions have honed their offering to accommodate the cash-rich, time-poor cruise passenger. None more so than the swim-with-dolphins facilities where, for several hundred dollars, your party can typically have a 40 minute encounter with captive dolphins and enjoy ‘a fin shake, a kiss and an exciting swim’. Fancy a memento of your experience? Then for several hundred more dollars you can purchase the souvenir photos and video because you will have to leave your camera at the gate.

The statistics for captive dolphin facilities in the Caribbean and Mexico are staggering. Mexico holds more than 330 captive dolphins in 33 facilities in 11 different locations. One state alone, Quintana Roo on the Yucatan peninsula, has 20 facilities, serving the tourist hubs like Cancun and Cozumel.

In the Bahamas and the Caribbean, 240 dolphins are held in 29 facilities on ten different islands. Cuba has the most with nine facilities, closely followed by the Dominican Republic with five. Cuba has also been one of the largest exporters of wild-caught dolphins over the last 30 years.

The popularity of the dolphin-swim industry in this region is inextricably linked to the rise in cruise ship tourism. For many years, new applications for facilities were given the go-ahead as they were needed to meet the demand from cruise ships. To get a feeling for just how linked to the cruise industry these dolphin parks are, think about this: some facilities don’t even have car parks because passengers simply step ashore, swim with the dolphins and are back on the floating city in time for the Captain’s Dinner.

The practice of keeping dolphins in captivity for entertainment is under the spotlight as an increasingly discerning public becomes aware of its harmful effects. Scientists have long called into question the educational, scientific, and conservation value of these places. As a result of our campaigning and growing public outcry, a few major travel companies are starting to revise their policies. Holiday giant, Thomas Cook has dropped facilities which have particularly poor welfare standards and is currently auditing all of the captive facilities on its books. We are working with them to give expert advice. Days after we launched our campaign urging Richard Branson to stop profiting from whale and dolphin cruelty, he instructed Virgin Holidays to cut ties with any facility that continues to take whales and dolphins from the wild. More recently Virgin Holidays have stopped taking on any new facility displaying whales and dolphins.

In captivity, whales and dolphins suffer extreme mental and physical stress, boredom, and a lower life expectancy and higher infant death rate than in the wild. Handling, restraint, confinement, transport, social disruption, isolation and/or crowding, exhaustion, unfamiliar diets, injury and potential exposure to disease can all reduce life expectancy. Captive dolphins are often housed in incompatible groups, and are unable to escape conflicts.

The dolphins in the facilities served by the cruise ships, are under enormous pressure to perform. Some have to participate in up to 10 tourist interactions a day – the same routine over and over. Is it any wonder that when you put scores of strangers in the water on a daily basis for a kiss, a selfie and a quick tow around the pool these sensitive, intelligent creatures get stressed and frustrated?

A trawl through any of the online reviews makes for sobering reading. Of course there are glowing reports from people who have believed the spin, but for others it’s clear that the blinkers have come off. Cozumel in Mexico is a major destination for tourists and one where Carnival promotes shore excursions to hug and kiss captive dolphins.  Customer comments include: ‘The dolphins looked very under-cared-for…one of our dolphins was actually bleeding…. They did not tell people to remove their jewellery and I believe someone cut the dolphin’. In another review, ‘The water was grimy and dirty and so shallow it barely reached a human’s hip. This was no condition for a dolphin.’

A recurring theme amongst concerned cruise ship passengers was the size of the pools. ‘The dolphins’ holding pens were not only excessively shallow, but also far too small holding 40 dolphins in three compact cells.’ In one facility, dolphins were found to be ‘unusually dark’ due to shallow enclosures and subsequent sunburn. Typically, space allocated to captive dolphins is just one percent of their natural range.

Although some Caribbean countries have developed standards for captive dolphin facilities to meet, many have nothing to protect captives from harm or to prevent new facilities opening, often in highly inappropriate environments with shallow water that gets very hot in the sun or in close proximity to resorts and their noise and pollution.

Carnival is by far the largest company in an industry that consistently shows the fastest-growth in the entire leisure travel market. But such a powerful market share should come with responsibility. We are offering Carnival the opportunity to demonstrate leadership through progressive thinking. Now is a pivotal time for the Carnival Corporation and its global subsidiaries to make a stand against dolphin exploitation. We are urging Carnival to stop offering ‘shore excursions’ to captive dolphin facilities and to streamline this policy across all its brands. There is also a unique opportunity for Carnival to demonstrate commitment to responsible tourism by working with organisations like WDC that are developing sanctuaries to retire ex-captive whales and dolphins allowing them to live out the rest of their lives in as naturalistic a habitat as possible.