Another Bardsey Island (Ynys Enlli) field season is over, this time a little earlier than planned as the strong winds, some of which were over 50 mph, made it impossible for us to survey. However in the short time we were there we were treated to some dolphin delights.

The waters around Bardsey Island are important for a number of species, including harbour porpoise and Risso’s dolphins. Our research has been integral to the recent designation of the West Wales Marine harbour porpoise candidate Special Area of Conservation (cSAC), which includes the waters around Bardsey. Our continued research is important to describe the distribution and habitat use of Risso’s dolphin and harbour porpoise in these waters, which is used to provide scientific information to underpin efforts to better protect these species and the marine environment.

This year we were also very fortunate to be joined by a team of researchers from Swansea University who were working in collaboration with us. They were conducting surveys into the different species that use Bardsey Sound, including deploying acoustic recorders that can record the dolphins and porpoises that use the Sound when we cannot scan, such as at night, in rough conditions, and over winter when we can’t be there. This important research will help fill gaps in our knowledge and build a better picture of how porpoises and dolphins use the area.

We arrived on the island at the beginning of September, to undertake our study into the Risso’s dolphin and harbour porpoise populations there. It was a fairly calm and murky day, but the Risso’s dolphins were around. In the late afternoon we were watching a group of Risso’s dolphins as they hung around off the west cost of the island, they put on a welcoming show for us with a number of breaches. We hoped that this was a good sign for the rest of our survey, but the weather had other ideas. 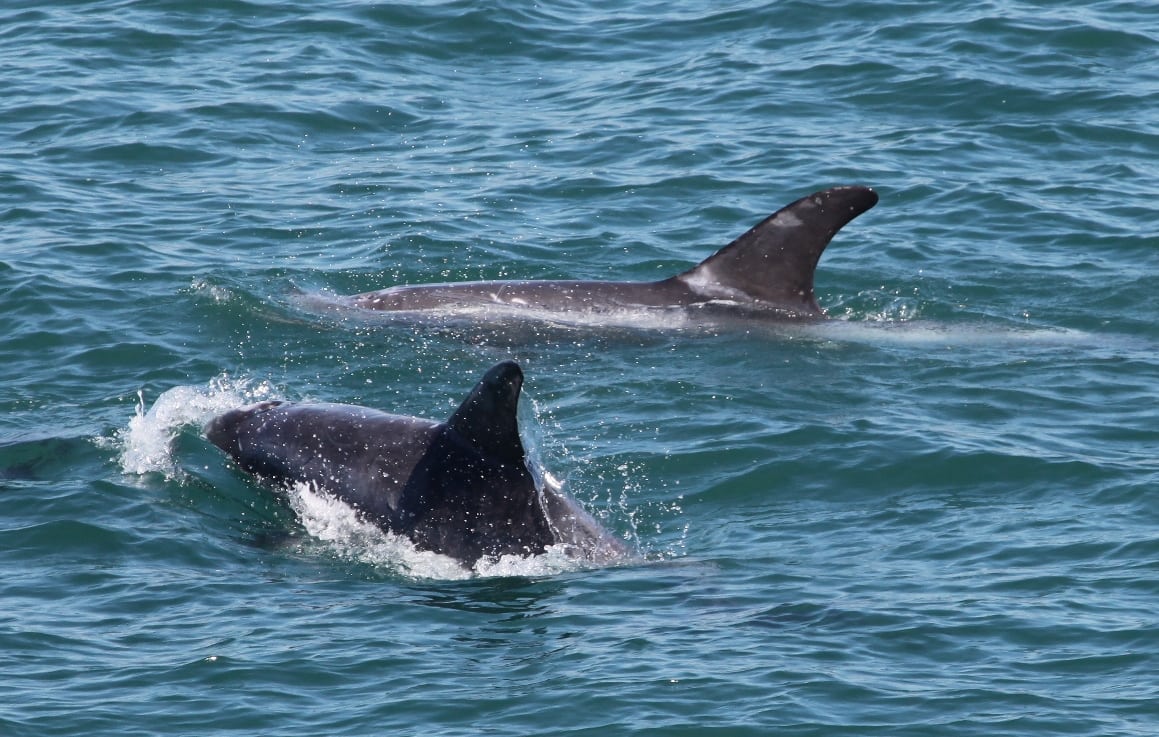 Soon the winds had picked up and the sea state rapidly deteriorated, along with the visibility. With the sea too rough to be able to see any harbour porpoise or dolphin fins in the sea, we were restricted to casual watching of patches of inshore waters, where we were lucky enough to see Risso’s most days, but weren’t able to get out in a boat to take photo-identification pictures due to the foaming seas.

When we couldn’t watch for dolphins, we helped out with the study on the breeding grey seal population that give birth on the island each autumn. We photograph the beautiful white-coated seal pups with their mothers, as the study aims to find out if females use the same sites each year for pupping. We are quite happy to sit and watch these beautiful animals many of which love posing for the camera! 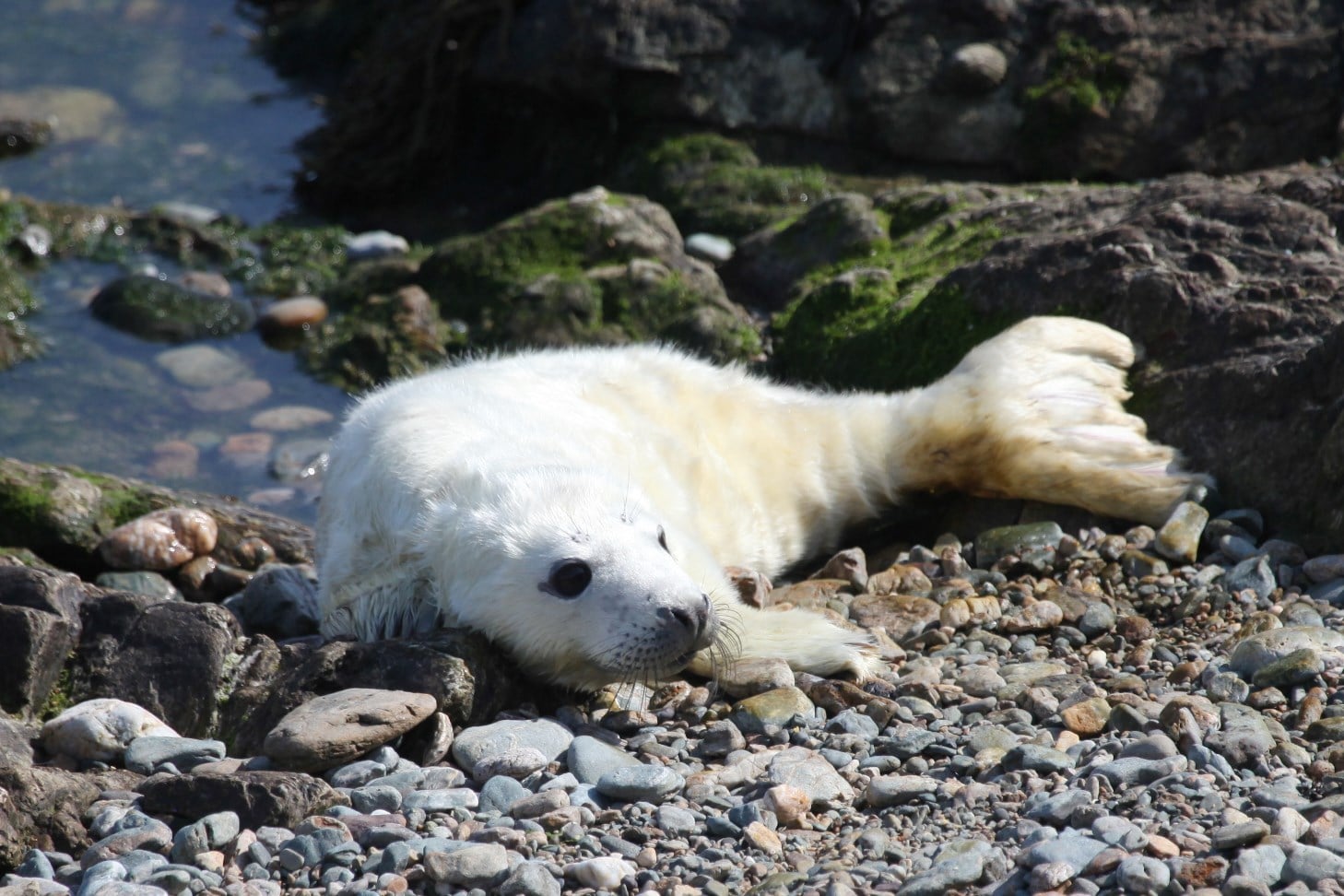 Thanks to The Bower Trust and Swansea University SEACAMS, for funding us this year.

Enjoy this video footage of some of the amazing encounters we’ve had in the past.