Back in January I made a trip to Saint Vincent and the Grenadines for education programming work.  In April, it was their turn to come up to us here in Massachusetts! Through a public vote hosted by European Outdoor Conservation Association, we received grant funding to carry out our work on this project, and part of that was allocated for a cultural exchange for a select group of Vincentian natives to learn about whales, past and present, off the coast of New England.  Our goals for this trip were to inspire them with ideas of what could be implemented on their islands and for them to see how these responsible tourism efforts could develop into a profitable and growing business opportunity over time.  We had a jam packed agenda planned to make the most of their time with us, starting with attendance at our annual Whale Watch Naturalist Workshop in Provincetown, MA, where the first whale watching trips on the US East Coast began.  Here they were joined by whale watching naturalists, operators, and owners for two days of presentations on the latest research updates and all things whale watching. 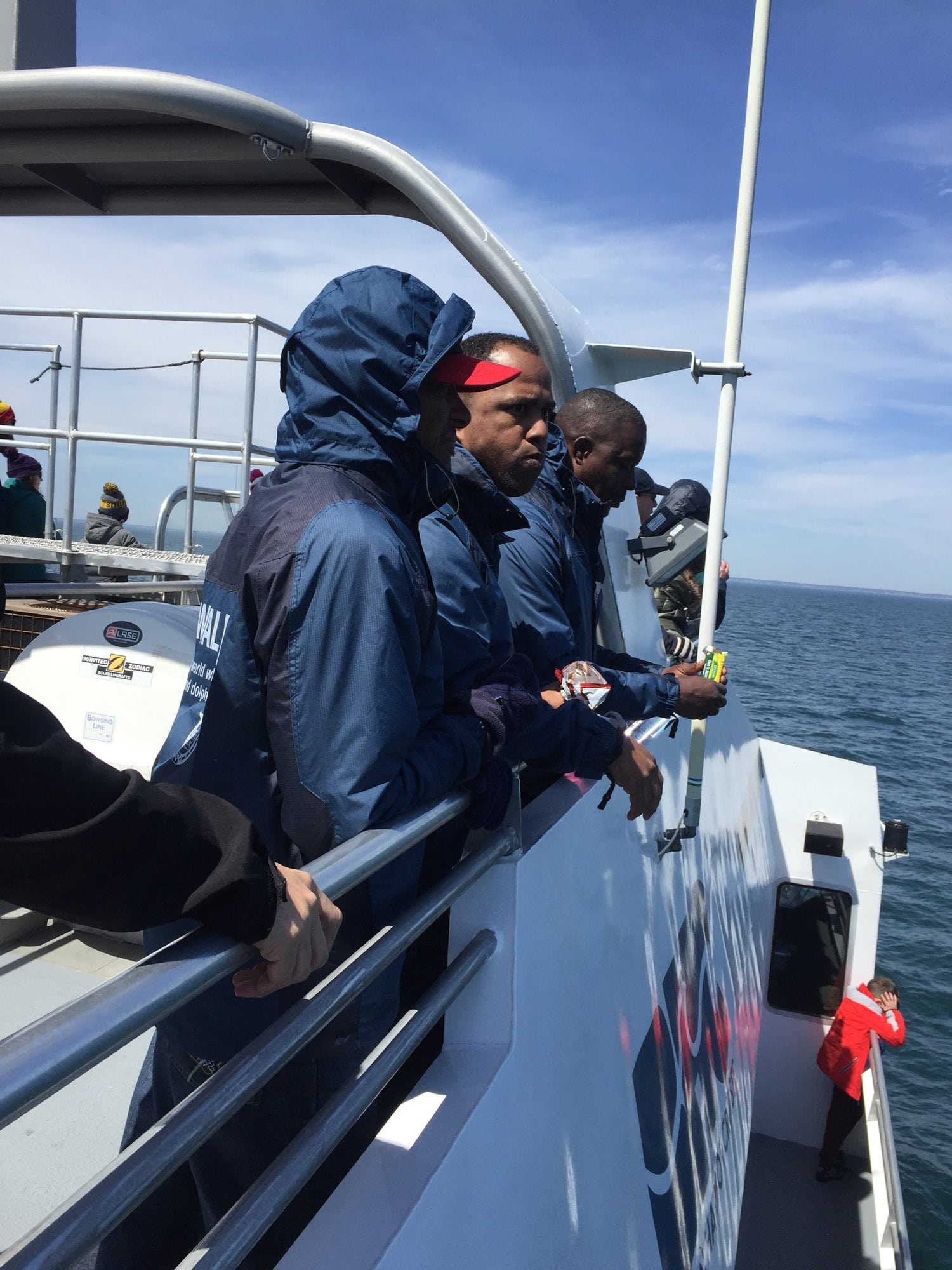 The day following the workshop we made our way to Boston for a whale watching trip with Boston Harbor Cruises, participants in the responsible whale watching program Whale SENSE, where we saw FIVE species of baleen whales.  We had to keep assuring them this was NOT normal and they were very fortunate to have had that experience.  Needless to say we collectively took hundreds (if not thousands!) of pictures. Next was a trip to the New Bedford Whaling Museum, where homage is paid to the significance of whaling culture in New England’s history.  In fact, it was from this region that the first whaler in Saint Vincent and the Grenadines originated.  The museum also showcases the transition from whaling to modern-day conservation and whale watching, which accurately suited our goals of giving them ideas for launching ecotourism efforts in Saint Vincent and the Grenadines. 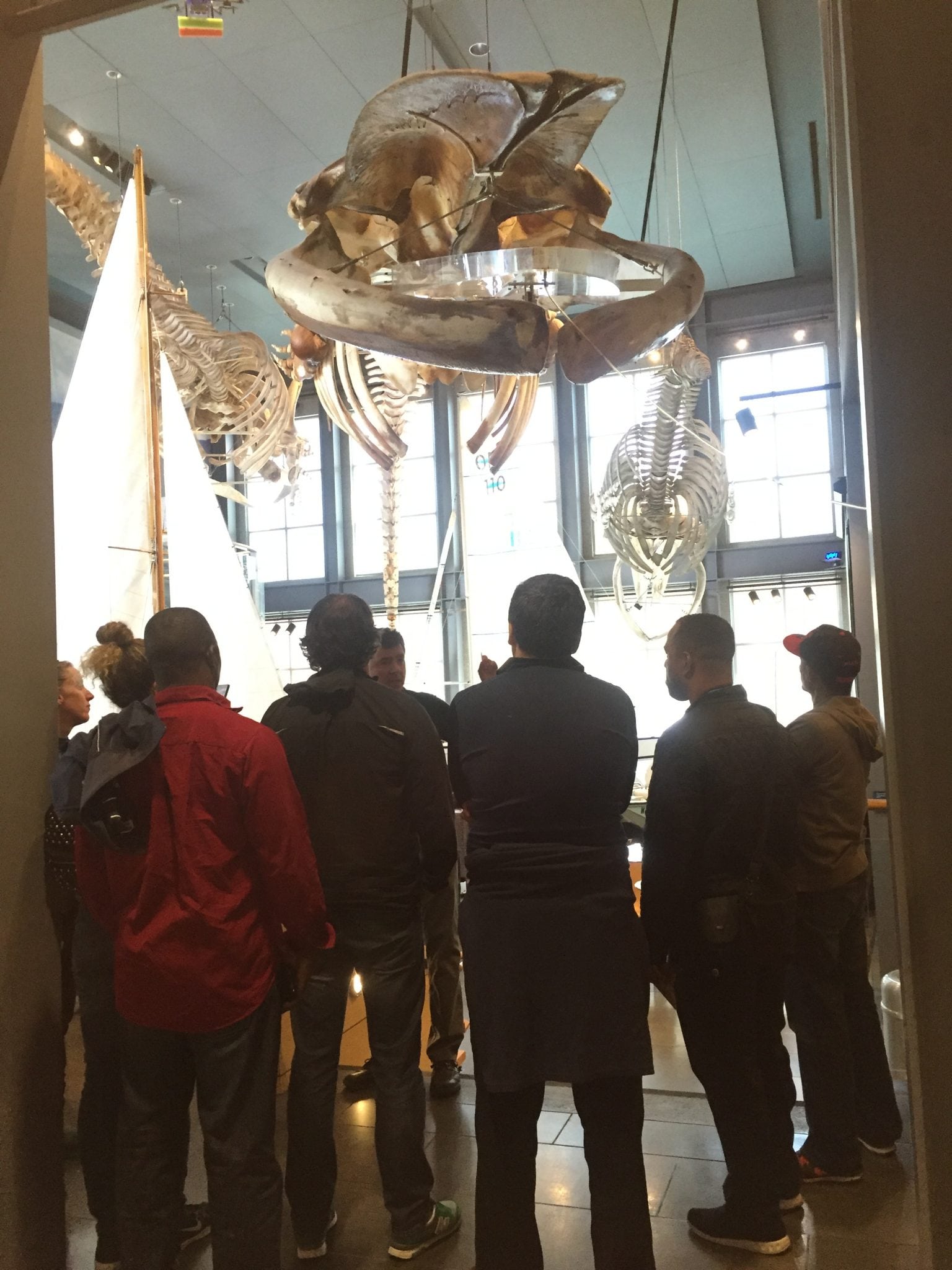 We took to the water again for a chartered afternoon trip the next day where we not only saw six marine mammal species, but also had two of those species breaching! An unknown humpback whale breached 51 times before we had to leave before losing daylight.  The action kept going as we left, but rest assured everyone got their “whalefies” in time! We were also privileged to view a critically endangered North Atlantic right whale breaching from a distance. We enjoyed a breath-taking sunset on our ride back and couldn’t have asked for a better day.

On their final day with us, we debriefed about their experience- which we’re told ranked as high as meeting the Queen of England(!!)- and planned next steps.  They returned home with much information to share and agreed they would talk among their communities about some of these new experiences they had, eventually working up to involving the local press as well.  Our goal is to provide support and resources for them to build responsible whale watching practices, in an effort to support and boost their economy.  We look forward to the day when people travel far and wide to watch whales swimming safe and free in the Eastern Caribbean, and will continue working with our network of people on the ground (and internationally) until our goals are realized.  If you’d like to support our work on this project, please consider adopting one of the humpback whales who frequent Caribbean waters on the southern end of their annual migration. 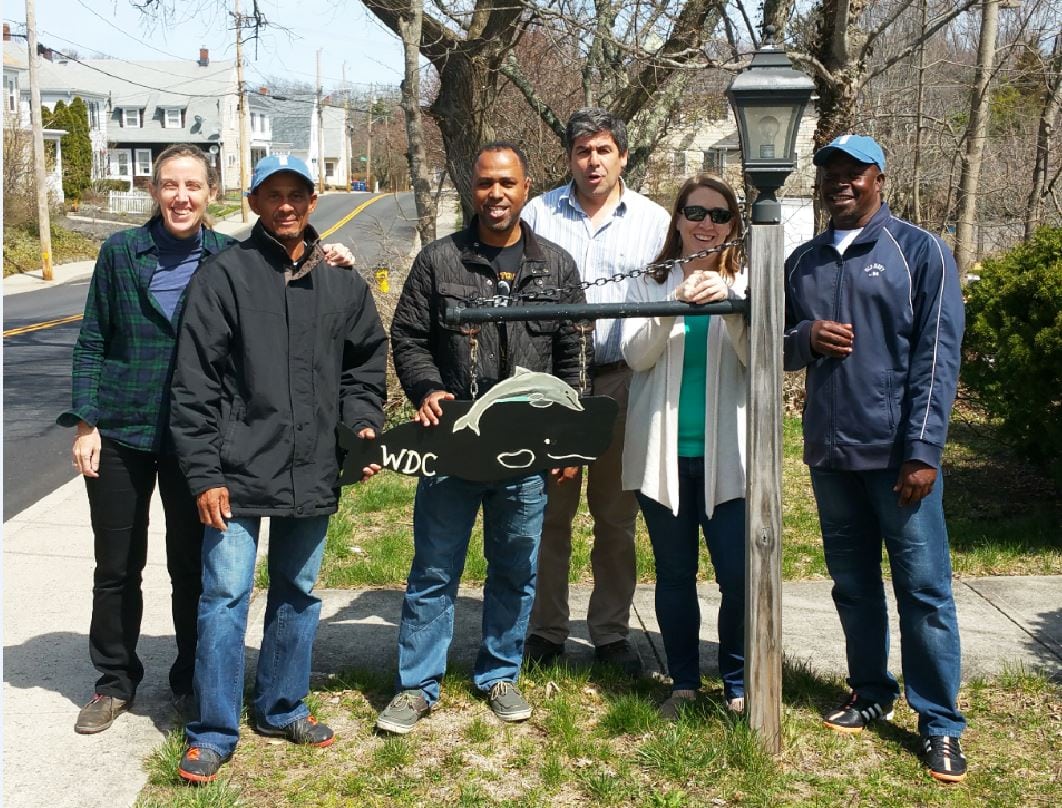 Posted in Blogs & Articles and tagged Saint Vincent and the Grenadines, Whale watching

View all posts by Monica Pepe →