A plan to designate a vast swathe of the South Atlantic a whale sanctuary has not been approved after the proposal failed to get enough votes in favour at the current meeting of the International Whaling Commission (IWC). Under the IWC’s voting rules, the proposal needed a three-quarters majority to be passed and despite a majority of countries voting positively it was not enough.

The sanctuary proposal had been put forward by a number of countries, including Argentina, Brazil, Gabon, Uruguay and South Africa. However, Japan and other whaling countries such as Norway and Iceland, opposed the proposal, along by a number of smaller countries, many of whom have historically supported Japan’s position at the IWC. Find our who was in favour and against the sanctuary.

“We knew that it would probably not get the support – but it is still very disappointing,” Astrid Fuchs, head of WDC’s Stop Whaling Program, attending the meeting in Slovenia.

Find out the latest from the IWC and more about whaling. 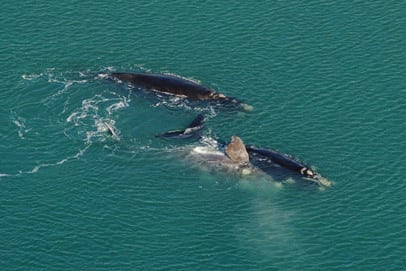