There’s some  debate about what biologists call epimeletic behaviour in whales and dolphins. Essentially, this refers to the giving of care or attention to another individual. The debate rarely centres around identifying the act itself, which is often easy to recognise, particularly where it involves care or attention from a healthy individual being focussed upon a dolphin or whale that is sick, injured, or even dead. Instead, the debate centres primarily on motivation and the possible biological purpose of such behaviour.

Bernd Würsig and some of his students from Texas A&M University in the USA, provide some compelling commentary to footage they captured of this type of focussed attention in a striped dolphin (a pelagic species).

A review of evidence for nurturant behaviour (where the care or attention is specifically focused on younger individuals) in seven species of toothed whales and dolphins was published recently in the Journal of Mammalogy. Among several accounts of dolphin species either carrying dead calves or attempting to keep them at the surface for air, the review also includes details of pilot whales carrying dead calves in varying states of decomposition (some rather gruesomely, with 90% of their skin decomposed). There is even an account of an adult (likely female) sperm whale swimming with a dead calf in her mouth The authors conclude that the evidence from these species helps ‘corroborate that adults mourning their dead young is a common and globally widespread behavior in long-lived and highly sociable/cohesive species of mammals’.

This research has also been reported in National Geographic which WDC hopes will help to widen the debate around grief in other species. 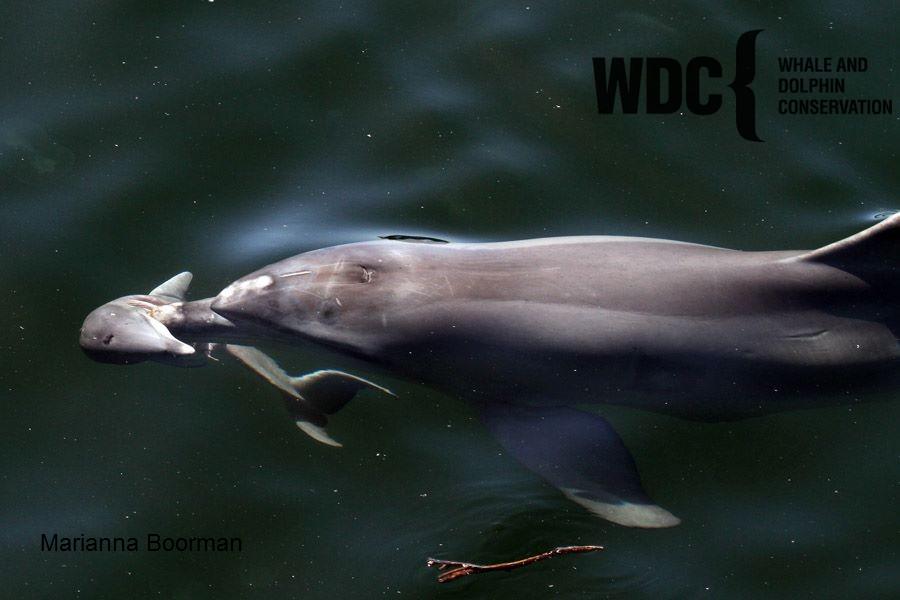