With its recent announcement that it will absolutely be pursuing the development of a sanctuary for the dolphins in its care, the National Aquarium in Baltimore has solidified its position as an industry leader in redefining and legitimizing a more natural alternative for the managed care of captive dolphins. The Aquarium has revealed its progressive directions in the past through the establishment of policies and programs that have confirmed its historical commitment to protecting dolphins through not only stranding response, but the development of positions against the acquisition of dolphins from the wild, including the unsustainable captures of beluga whales in the Russian Far East, and adapting the format of its dolphin shows. 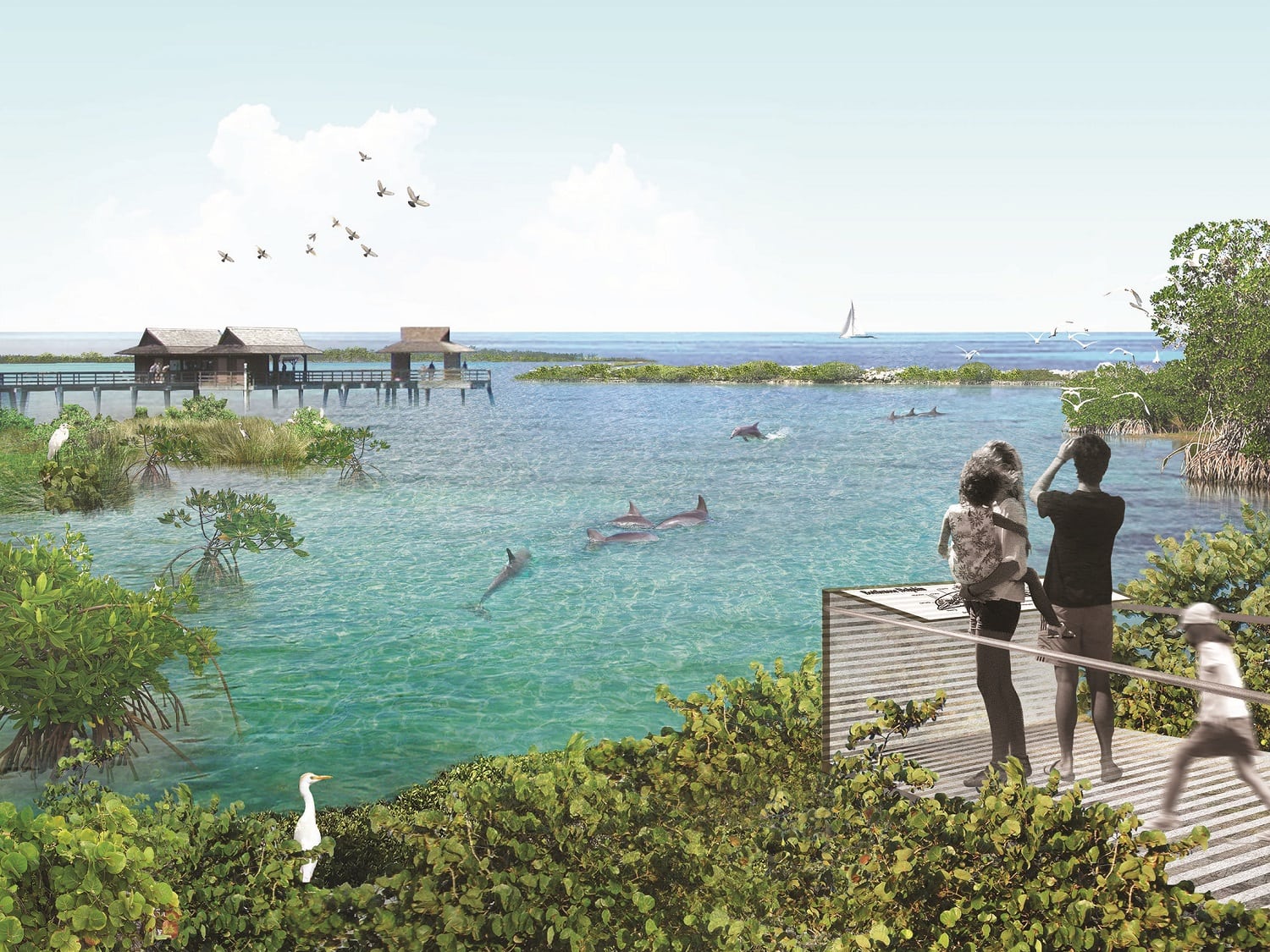 The Aquarium has at times closed the dolphin facility to the public altogether, and discontinued dolphin performances completely in 2012. It also set an indefinite moratorium on breeding in 2011. Revealing leadership in the conservation realm, the Aquarium also established a policy opposing the collection of cetaceans from the wild by any facility for any purposes in 2011. In parallel with this process, the Aquarium has also commissioned extensive public opinion research regarding changing attitudes towards keeping cetaceans, and has attempted to predict those trends among Millennials, who will comprise its audience for the next 30 years.

With the eventual aim to relocate the dolphins at the Aquarium to a more natural environment, the Aquarium announced today that it will be devoting focused time and resources to realizing its mission to customize a natural and flexible sea-water habitat that puts the dolphins’ needs first, rather than more human-centric goals of commercial enterprise or entertainment. Paramount to the Aquarium’s vision is the development of a facility that enables individualized care for each dolphin, while also enabling scientific studies that benefit dolphins in the wild and in captivity.

WDC has shared our own personal vision of what a sanctuary environment might look like, continuing our work with Merlin Entertainments to develop both an arctic beluga sanctuary and Mediterranean bottlenose dolphin sanctuary, and we know that it is a long and complicated process that requires patience, perseverance, and consolidation of expertise from many sectors of society. We share the mission to develop a more natural managed-care environment where dolphins can live out their lives recovering health and fitness, as well as be assessed in some cases for return to the wild.

Like all higher order mammals, even in a sanctuary environment, the dolphins will need an active program of stimuli, enrichment, and care. We should maintain honest expectations regarding the restraints, and the freedoms, that a sanctuary environment might hold for those dolphins residing within its boundaries. The National Aquarium intends to continue to provide such care for the remainder of each dolphin’s life. Like in any sanctuary environment, caretakers will have to continue to address the psychological, physical, and social needs of the dolphins, but daily activities will be dolphin driven rather than dollar driven.

Although the Aquarium had revealed in the past that it was considering the development of a sanctuary as just one option of many in the midst of reviewing its programs and evolving conservation and education programs, as well as the aging infrastructure of the dolphin pool, its recent announcement confirms its intention to take the leap and develop a facility that seeks to optimize dolphin welfare and prioritize conservation.

With desire and commitment, underpinned by a new ethical direction informed by over a decade of public survey data revealing the public’s changing attitudes and preferences regarding captivity, The National Aquarium has launched an historic journey towards a new paradigm that will foster novel opportunities for collaborative learning among all stakeholders, including the dolphins. As the dolphins acclimate to a new home in a sanctuary, their story and learning curve will mirror our own as we navigate the challenges associated with the long term care and sustainability of a facility that is dolphin-driven, and whose mission includes the establishment of a center for applied science that will work to advance knowledge and conservation—and ultimately connect the lives of these individual dolphins with their natural ocean home.

As the hard and complicated work continues, we support National Aquarium in its mission, and stand ready to assist as the Aquarium’s vision becomes reality. In time, perhaps other facilities will seek the same option for the dolphins in their care, and follow a model tested by National Aquarium’s pioneering choices. For National Aquarium, the priority to explore the potential for a natural, ocean-side sanctuary for these dolphins, all but one of whom were born and have lived their entire lives in human care, is a risk for the taking as we collectively re-evaluate what is in the best interest of all dolphins in captivity.

View all posts by Courtney Vail →