A new report has revealed the terrible extent of lingering pollution in the seas around western Europe and the potential impact this may have on the regions whales and dolphins.

Amongst the findings is the likelihood that the UK’s last remaining pod of residentorcas could be lost. The main threat comes from the long-term effects of PCBs which impact reproductive capabilities and immune systems.

Even though PCBs were banned in the 1980s they continue to enter the oceans from possible sources such as landfill sites. The study found dangerously high levels in the bodies of over 1000 dolphins and orcas over the last 20 years. The levels found “greatly exceed concentrations at which severe toxic effects are known to occur,” the scientists said.

“The levels are really high, probably the highest in the world right now,” said Paul Jepson, at the Zoological Society of London (ZSL), who led the new study. “These are global PCB hotspots,” he told the Guardian.

The UK’s only orca pod was reduced to eight indivduals last week following the death of Lulu, who died after becoming entangled in fishing gear. In nearly 20 years of being studied, there has not been a single recorded birth in the pod and it is likely therefore the pod will become extinct this century. Scientists fear other orca pods in Europe may face a similar fate if the long-term effect of PCBs continue to have an damaging impact on their ability to breed.

PCBs are particularly harmful to whales and dolphins as they are at the top of the food chain and the pollutants accumulate in their bodies, such as in their blubber. Mothers can then pass the pollutants on to their calves through their milk, perhaps as much as 90%.

Nicola Hodgins, head of science and research at WDC said: “The magnitude of the situation for marine mammals is incredibly worrying. Many thought that just because PCB’s were banned many years ago that the problem would go away.” Human activities such as dredging and drilling are particular problems. “Bringing back up huge amounts of PCBs could be disastrous for marine mammals.” 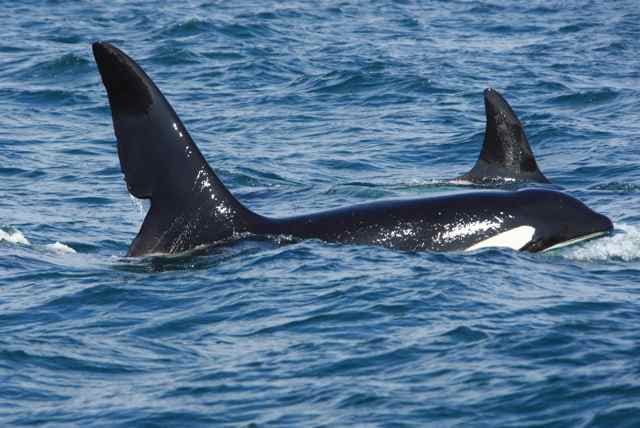