Celebrating 10 years of WDC´s presence in North America is a good opportunity to look both back on our accomplishments to date and forward to our continued efforts to once and for all end commercial whaling.

WDC-North America opened its doors 10 years ago in a country that was once one of the world´s most active and proudest whaling nations.  Today, the U.S. has some of the most protective laws aimed at saving whales and their habitats; a country once economically dependent on whaling is now home to the world’s largest whale watching industry.

In fact, it was the U.S. who first acknowledged that the number of whales being killed by the industrial whaling fleets of the 20th century was unsustainable and that commercial whaling jeopardized entire whale populations.  In 1972, the same year that the U.S. implemented a federal Marine Mammal Protection Act, the country proposed and agreed to a moratorium on commercial whaling. This self-imposed moratorium led to the 1982 agreement of a worldwide ban on the practice of commercial whaling, which became effective in 1986.  In 1973, the U.S. implemented the Endangered Species Act and then in 1978, the Pelly Amendment.  These landmark pieces of legislation continue to be the basis for international whale protection today.

Fast-forward to 2015, and the U.S. still plays an important role in the fight against whaling.  Because the U.S. continues to have an important and instrumental voice at the meetings of the International Whaling Commission (IWC) , WDC works as part of a coalition of groups who regularly meet with US government officials to make sure the US supports  proposals that seek to improve whale conservation.

Through this coalition, WDC has used the Pelly Amendment as an effective tool in challenging the whale hunts of the remaining commercial whaling nations, especially Iceland.  The Pelly Amendment allows the U.S. to impose import sanctions on the fish products of nations that have violated any international fishery conservation program, such as the International Whaling Convention. 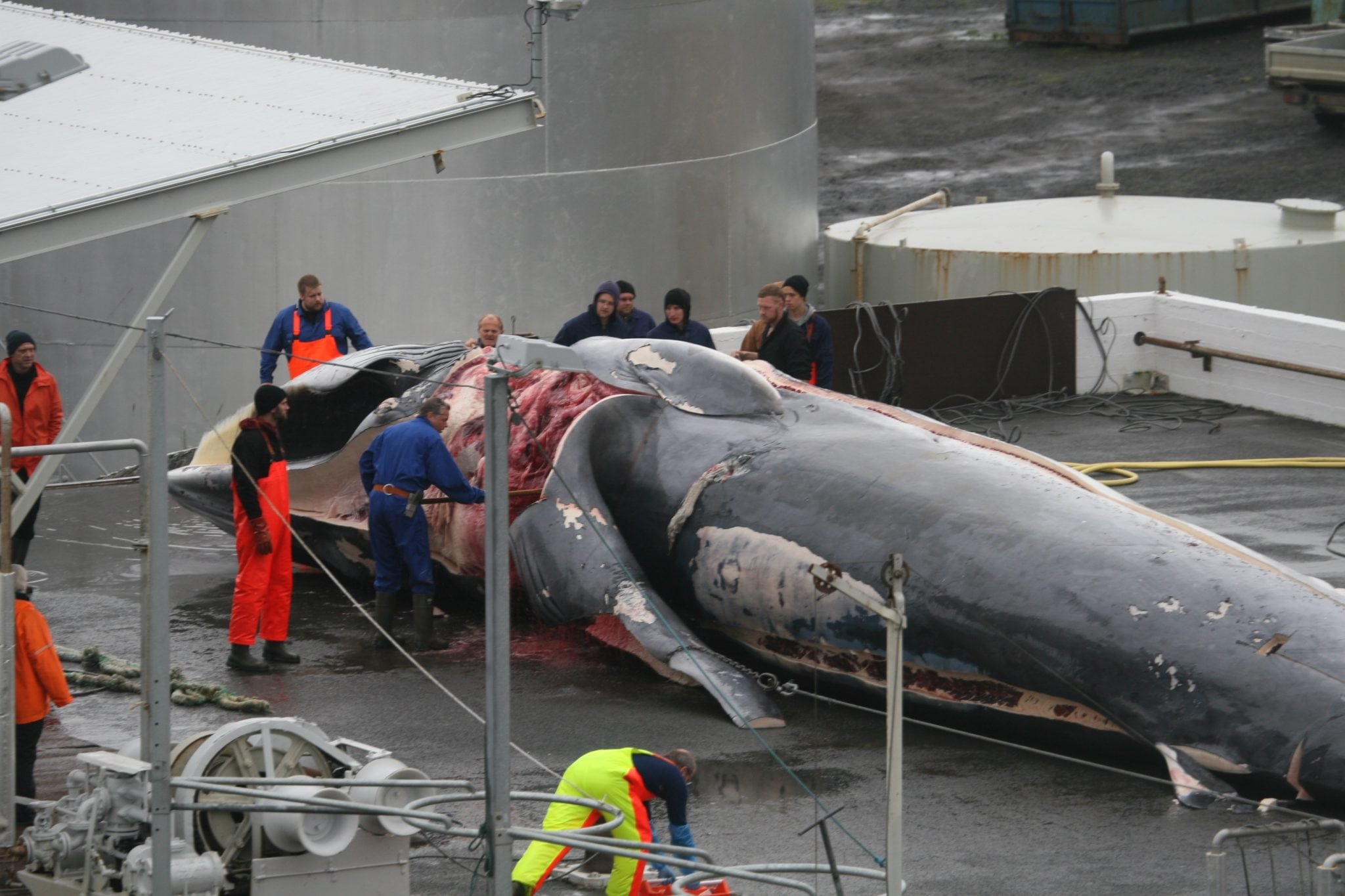 In 2010, WDC co-authored an 80+ page petition to the US government showing how Iceland was violating two different international treaty agreements: the International Whaling Commission (IWC) which oversees whaling; and Convention on International Trade in Endangered Species of Wild Fauna and Flora (CITES)  which oversees trade of whale products.  We pointed out that Iceland’s ongoing killing of endangered fin whales and its shipments of whale meat to Japan were in direct defiance of international bans.

The petition, which specified whaling-related commercial targets for sanctions in Iceland, was supported by nineteen other US conservation and animal welfare groups. Thousands of US citizens sent emails, faxes and letters to the President calling for sanctions. Over the next few years, through our continued efforts, we reached some major milestones.

WDC has also been heavily involved in working with a coalition of other NGOs to educate the U.S. public, restaurants and seafood companies on why they shouldn’t buy fish from Icelandic whalers. Together we have demonstrated the connection between HB Grandi, an Icelandic fish supplier and its parent company, The Hvalur Group.  The Hvalur Group is responsible for the commercial hunting of endangered Icelandic fin whales.  As a result of those joint efforts, in 2014, High Liner Foods and Trader Joe’s made a commitment that they would not to enter into new contracts with HB Grandi, and have stated their opposition to commercial whaling.

While WDC has worked collaboratively with U.S. authorities to end whaling, we are also there to make sure these same authorities are doing the right thing. In 2010, when the U.S. was part of a proposed “deal” with Japan to supposedly reduce numbers of whales killed by whaling nations, we were there to point out that this deal would have ultimately made commercial whaling legal.  Thanks in part to our work, this deal was not adopted and the moratorium is currently still standing.

Looking forward, 2016 will be a critical year for the whales, and the voice of WDC in the U.S. will be more important than ever as the whaling nations are stepping-up their game and are pushing heavily for a resumption of commercial whaling. We need to make sure that the 1986 moratorium on whaling is kept in place and that we are moving towards a future where the whales are safe from the whaler´s harpoons.

Commercial whaling and trade in whale products is both a conservation and animal welfare issue.  Through advocacy, lobbying, education, and research, WDC is working to end this outdated, cruel and unnecessary practice.

With your help we can make this happen. Make a donation today to help fund our presence at the IWC, our work with governments and our efforts to publish reports that can help influence opinions.