Fossils found in Panama from a newly-discovered extinct species of pygmy sperm whale have cast new light on how modern day whales evolved.

Scientists from the National History Museum in Los Angeles, writing in the scientific journal PLOS ONE, analysed the skulls of two whales found in rocks in a sea cliff. The rock layer is thought to be about 7 million years old. They discovered that the skulls of these whales had larger a spermaceti organ than their modern day relatives, though it is not yet known why it shrunk over time. The organ is found in the head and plays a key role in the generation of sound and in the whale’s use of echolocation.

“The new discovery gives us a better understanding of the ancient distribution of these poorly known relatives of the sperm whale,” said lead scientist, Dr. Jorge Velez-Juarbe. The new whale species has been named Nanokogia isthmia after the Isthmus of Panama. 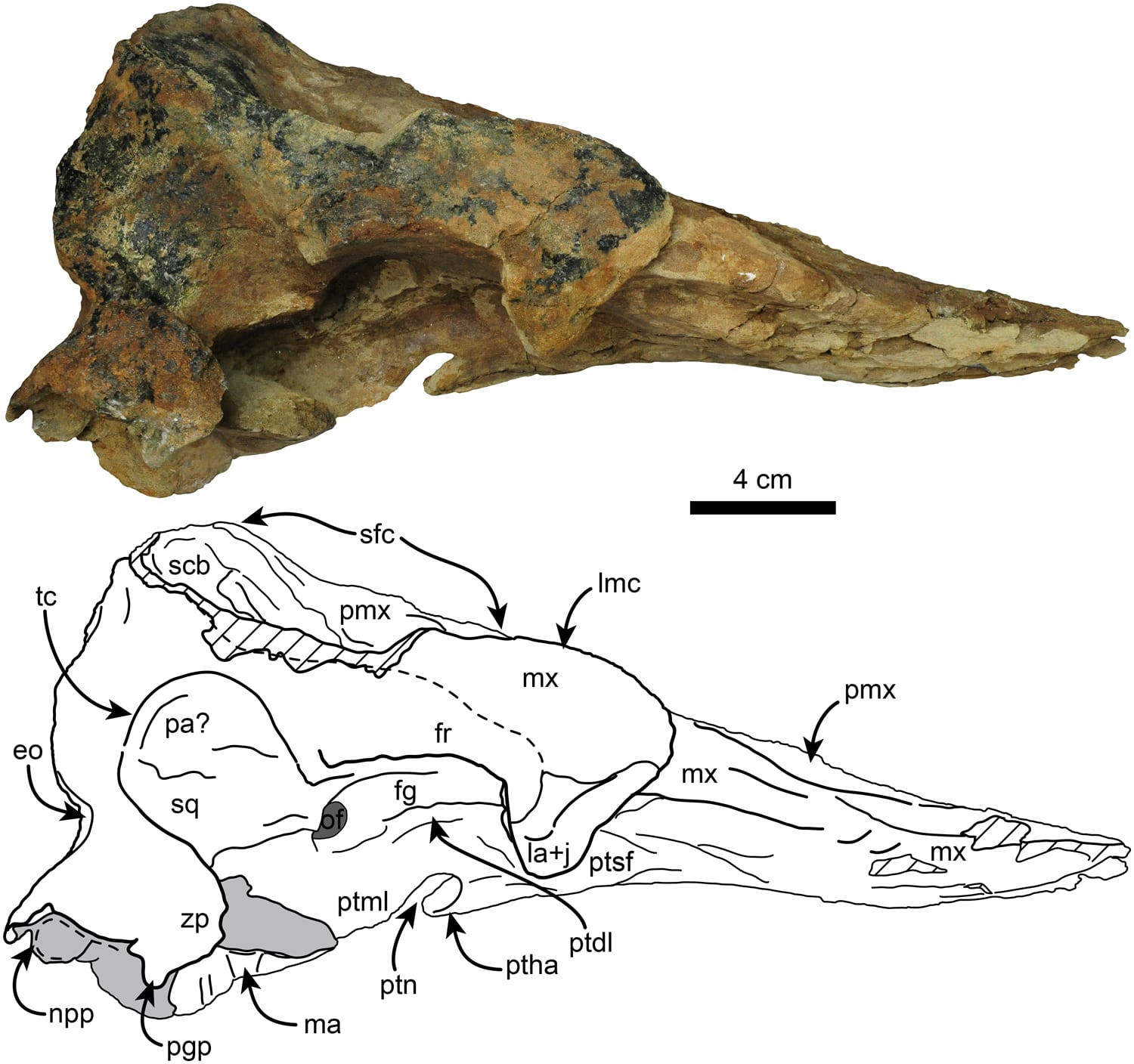 The spermaceti organ contains a waxy liquid that was highly sought after by whalers and led to the death of hundreds of thousands of sperm whales (a distant relative of pygmy sperm whales) during the 18th, 19th and 20th centuries. The oil was used in everything from candles and cosmetics to engines in luxury cars. 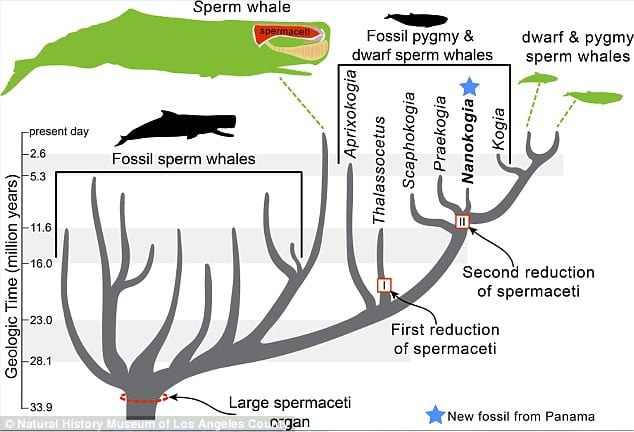