The World Association of Zoos and Aquariums (WAZA), the organisation behind the world’s leading zoos, is being taken to court in Switzerland by conservation groups over claims that it is directly linked to the infamous dolphin hunts in Taiji, Japan.

Waza stands accused of helping secure captured dolphins for one of its members, despite publicly condemning the hunts. The organisation is alleged to have allowed a deal between the fishermen in Taiji (who herd and slaughter the dolphins) and the Japanese Association of Zoos and Aquariums (JAZA), which is an associate WAZA member.

During the hunts, dolphins are herded and forced into coves by boats where they then cruelly slaughtered with knives.  Those not killed are specially selected for capture and are sold to buyers from aquariums where they then live out the rest of their lives performing ticks for so-called ‘entertainment’. WDC has previously exposed the brutal methods used to kill the dolphins, which failed to meet the most basic of slaughterhouse regulations.

WAZA’s own code of ethics describes the hunts as “inherently cruel”. Despite claims that the dolphin hunts were part of a Japanese cultural tradition stretching back hundreds of years, records in Taiji itself show that the first large-scale hunts started in 1969 and are mainly driven by the financial rewards gained from capturing dolphins for theme parks rather than the small amount of money that can be earned from selling the meat. 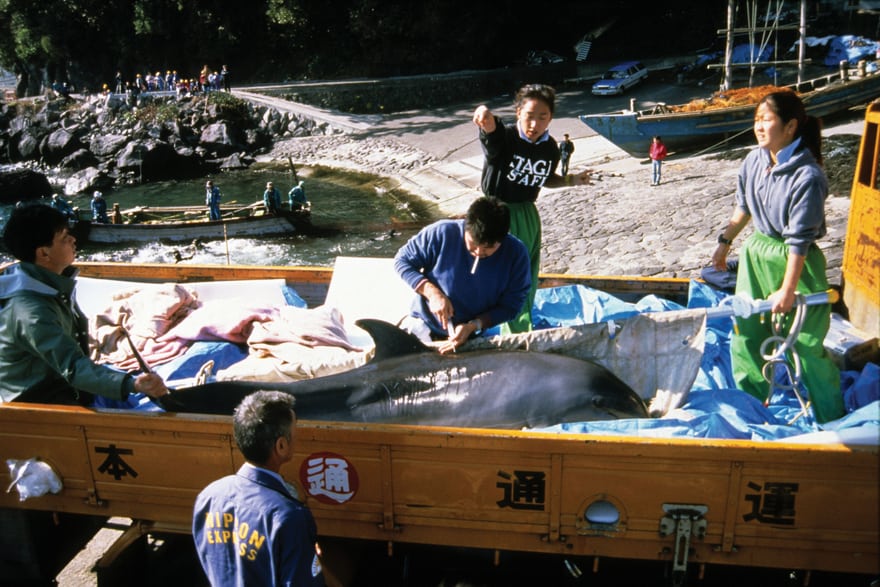