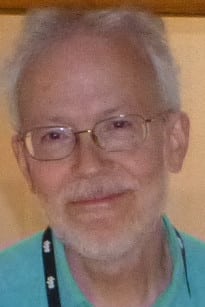 A working conference exploring the need for offshore biodiversity data collection and the methodologies involved. Designed to be informative, stimulating and enjoyable, and to build a network of those involved in offshore activities.

The Conference is being held on Thursday & Friday 19th and 20th March at the Marine Court Hotel, Bangor, Co Down.

Who should attend? Offshore developers, EIA consultants, NGOs, local authorities, government departments with marine responsibilities, academics (students and staff) with marine interests, marine surveyors, anyone with an interest in understanding and conserving the marine environment.

This conference is open to everyone

You do not have to be a member of the BTO or Ulster Wildlife. The programme has been designed to give everyone taking part a better understanding of the issues and methodologies involved in measuring our offshore biodiversity. A key aim of the conference is to create a network of those involved and interested in the offshore marine environment

If you want to be part of that network, then you should attend!

Erich Hoyt: Eric is Research Fellow with Whale and Dolphin Conservation (WDC) in England, and leads the WDC Global Critical Habitat/Marine Protected Area Programme. He directs the Far East Russia Orca Project and the Russian Cetacean Habitat Project in Kamchatka and the Commander Islands. Hoyt is a member of the IUCN Species Survival Commission’s

Cetacean Specialist Group and co chairs the IUCN SSC WCPA Marine Mammal Protected Areas Task Force. Hoyt is the author of 21 books, including Marine Protected Areas for Whales, Dolphins and Porpoises (2011) and Creatures of the Deep (2014). In 2013, he received the Mandy McMath Conservation Award from the European Cetacean Society.

Further details can be found at the BTO website